Editor’s note: Contributor Kevin Cruz writes for BitcoinMagazine and so he knows a few things about Bitcoin. But with the help of a BTC to cash service he tried to live for weeks using only bitcoin.

I write for a living and sometimes people pay me in bitcoins.  I’m aware that I’m being paid in a currency that hasn’t reached mainstream adoption, but I keep collecting them to see what happens.

Last month, while writing a book review late in the night, I got a phone call from an unknown number. It was a guy named Cyril Houri from a Bitcoin company called Brawker.

He had a proposition that blew me away: he would help me to live solely on bitcoins for a month. I was going to be his guinea pig.

More important for you to know while reading this story: the platform  allows people to use bitcoins anywhere, with a considerable discount.

I didn’t know where I would spend them,  or where this journey would end, but I accepted. This was an opportunity I could not turn down. It was time to make some magic.

I used Brawker to buy most of the things on this journey, and I’ve indicated the instances in which I used another method.

I was living at my aunt’s apartment in New York City where I paid no rent or electricity, and travelled using public transportation (no need to buy gas).

The first thing was to take care of me my cell phone bill. I went online and purchased a refill card for my cell phone company. This was done by creating an order on Brawker, posting it, and having someone fulfill it. Within an hour, I got a pin number in an email and paid my cellular provider.

Next was food, which is one of the larger expenses. To eat, I purchased a Whole Foods gift card and restocked the whole fridge with organic food.

One of the bigger mistakes I made in life was going to college without knowing what I wanted to study. All I got out of it was debt. It’s a mistake I pay for to this day. Every first of the month, money is taken out of my checking account. But  this time around, I processed my loan payment a little differently. Using Brawker, I sent someone  my bitcoin and they paid Sallie Mae or whoever it is now with their credit card.

I had officially finished paying all of my monthly expenses. I still had a considerable amount of  money leftover after paying my loan, so I decided to get creative.

I’ve always loved creating music. Luckily, we live in an age where we can make quality sounds with small, mobile devices. I bought a MIDI keyboard and have been jamming since.

Another one of my dreams was having some farmland. The previous month while on a road trip,  I visited  a friend’s farm in Ann Arbor Michigan  that runs on bitcoins. This patch of farmland is the first of its kind. While there,  the idea of leasing land in bitcoins seemed unreal to me. I had the BTC so decided to do it, and now my crops are currently being taken care of by interns. 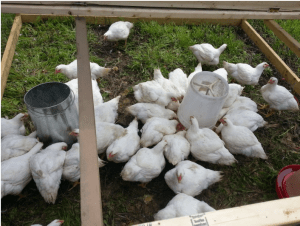 While online one night several nights later, I found a dentist in New York City that accepts bitcoin. I made an appointment for a basic cleaning. When I got to her office, the dentist promptly began cleaning. Suddenly, after several minutes, she  told me that she was worried for me. “What is it doc”, I asked. “Am I losing my teeth?”

“No, but your wisdom teeth need to be urgently removed. They’re growing sideways.”

Recalling terrifying stories my friends had told me about their wisdom teeth removal, I kindly refused the wisdom teeth extraction.  She finished up the cleaning, and I paid for the cleaning with my smartphone’s bitcoin wallet by scanning a QR code on a slip of paper handed to me and inputting a dollar amount. I pressed “Confirm”, then I was off.
Getting my teeth cleaned In NYC

I now had a million-dollar smile. The following night, while walking to a bitcoin meetup, and I met a beautiful girl on the streets of the Big Apple. I was in a rush to get to my meeting, but we had a brief conversation in which I jotted down her email. After texting and learning about each other for a few days, we went on a romantic date at a wonderful Italian restaurant, Aperitivo.

We shared smiles, intriguing conversation, fine wine, and luxurious cuisine at a candle-lit table. After we finished eating, I whipped out my smartphone.

I  opened up my bitcoin wallet, and scanned a QR code on an employee’s cell phone. By pressing “Confirm” on my phone I paid for the meal, tipping generously. Before I could leave, however, another patron, who had witnessed my bill-paying tour de force, asserted that he would not be convinced that Bitcoin was real until he saw more people using it, like me. He had a good point.

I dropped my date at the train station and kissed her goodbye.

After a week into this experiment, I began to notice that my supplemented income was causing stomach pudge. Frequent visits to my packed refrigerator were causing me to packing on pounds.

I wanted to do some yoga. After looking online for a while I found a Bikram Yoga studio close to home in Harlem. For every day of the next week, I  spent 90 minutes a day in a hot room doing challenging body positions and sweating my ass off.

Being a fairly simple fellow, and having treated myself quite well already, I ran out of ideas.

I thought about everything from visiting a gun range to going skydiving.  I kept thinking back to the dentist office. “What would be worse?” I asked myself. “Botched extraction or sideways molars that could crush all of my other teeth together?”

After a brief deliberation, I made an appointment at the dentist, and got my wisdom teeth surgically removed. I regretted the decision immediately. Although the surgeon did a what seemed like a reasonable job, the pain was excruciating. Shortly afterward, my cheeks inflated and I was in horrible discomfort (I found out bitcoins would not cover the prescribed pain meds, which I would have refused anyhow). 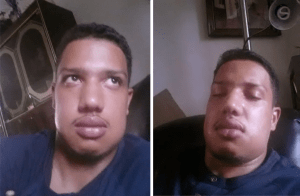 I was extremely irritated and it was all Bitcoin’s fault. It seemed like I had signed myself up for a special kind of psychological torture. For an entire week I couldn’t eat any of the food in the fridge or attend yoga classes. With my facial deformity, I pushed aside the thought of finding another date.

While strolling along Times Square, I saw a glittering sign promoting Aladdin: The Musical on Broadway. A strange impulse told me I had to see it, so I bought a ticket. The show was unforgettable. I was amazed at the fact that such a talented group of individuals could come together to create such an incredible spectacle.

That night, I got home quite late. I was exhausted. Laying in bed, I got an email from Jeremy Gardner, Executive Director of the College Cryptocurrency Network. Always up to something interesting, I knew to open the email immediately. “Yo K. Cruz,” he wrote me, “I’m hosting the first ever Bitcoin conference in Disney World tomorrow called Coins in the Kingdom and I’ve got a ticket for you. Come through.”

There are worse ways to spend bitcoin than on a last-minute trip to Orlando. So I booked a flight and flew across many cumulus clouds to Disney World to spend a week in my home state.

That is when I had my eureka moment.

I jumped in the air.  “This is Bitcoin! It’s special because of the community that this technology has created!”

A huge part of Bitcoin that is overlooked is the network effect. The media constantly reports the failure of centralized Bitcoin exchanges, drug busts, and ponzi schemes while ignoring the fact that humans are being brought together because of this computer program, and they are using their potential to try to change the financial landscape of the world. This is an unprecedented social phenomenon.

I spent time at the conference listening to fascinating speakers and having thought-provoking conversations. I also enjoyed tacos by the poolside bar. Everywhere I went, however, I could not avoid Aladdin.

This caused me to think about his story. He is a boy born both poor but clever, who finds a wish-granting genie that transforms his life. By wishing for things that he believed would make him happy, he frees himself from the vicious cycle of poverty that he had always been stuck in. In hindsight, Aladdin’s genie reminds me of how this technology that everyone around me was discussing, Bitcoin, has allowed me to do the very same as this Disney character.

If “money,” whatever that means, is a verifiable record that can be exchanged for goods and services, then by all means, bitcoin is real money. But paradoxically, I consider bitcoin to be more than that. It’s kind of magical.

The magic of the technology exists in what it facilitates and in the multitude of problems that it solves.Writing about it has provided an alternative revenue stream, and all I need is the internet. From my personal experience, Bitcoin did more than just buy me goods and services. Similar to the magic of love itself,  it led to both great pleasure and great pain. It’s allowed me to acquire things that I had only dreamed of three years ago, when it seemed like I had nothing.

A very special thanks goes out to the kind folks at Brawker for helping on my unique one-month Bitcoin journey.  Their generosity allowed me to experience what it’s like having a personal genie that used bitcoins to grant my wishes, regardless of whether the merchants accepted bitcoins or not. The extraordinary opportunity Brawker provided through Bitcoin has opened the door for more incredible opportunities, eye-opening experiences, and has since then catapulted me to many cities around the world.

Yes, there are volatility issues with bitcoin as a currency. It’s not currently the easiest thing to use. But the fact this is the first invention of it’s kind and it still has value is a feat in itself (1 BTC= 350 USD  as I’m writing this). Services like Brawker are making using it on a day to day basis a feasible task.

Sometimes, the thought of bitcoin leads me to daydream of the eyes of the beautiful woman that I dated, the delicious food that I savored, the flights that I took, and  the work that I’ve done. And whenever I wake up and think it was all a dream, I just look in the bathroom mirror and open my mouth wide. The wisdom teeth are gone.

But mostly, when I think of Bitcoin, I think of the opportunity. I envision the sort of technological innovations it will lead to. I imagine the positive disruption it will create for a broken financial system. And I know, that while not everyone may have bitcoin genies allow them to live their fantasies, this technology has the capacity to positively impact the world. And that is something everyone can get behind.

I successfully lived on bitcoins. I changed my life, and hopefully have provided some insight into how this technology works in the real world. Spoiler alert: sometimes it’s like magic.