Hot or Not founder James Hong has come a long way since building a site that helped people rank the attractiveness of others, ultimately paving the path for speed dating apps like Tinder. Today a father of three, Hong now has a different set of priorities. One of those was keeping his kids safe from the unsuitable, adult-oriented content that fills YouTube. To fix the problem for himself and his kids, Hong has launched Cakey, a YouTube app for children.

YouTube has a lot of great content for kids, from cartoons and sing-alongs to kids’ TV clips and toy unboxing videos, Minecraft and Legos videos, and much more. But the problem with allowing kids to access Google’s YouTube application is that it’s not locked down. Kids can too easily stumble on inappropriate content, like Elmo cursing. Funny for adults, maybe, but cringe-worthy if you catch your kids watching that.

While most parents just yank the phone or tablet out of kids’ hands in horror, Hong had a better solution. Being a technologist himself, he simply built and app to solve this problem.

Called Cakey, this free app isn’t really a company yet. It’s more of a personal project Hong is releasing into the wild to help other parents like him.

“By the time my daughter started watching videos last year, I realized that if I wanted something [like Cakey], I was going to have to build it myself,” he says.

“I haven’t coded in 15 years, so it required me coming up to speed on stuff and having to learn how to program iPhone apps,” says Hong. “Somehow between helping out at home, angel investing, and my wife delivering a third baby, I managed to squeeze enough hours of coding in to get Cakey built. I literally built most of the Cakeyvillage website overnight in the hospital while waiting for our new baby to arrive.”

“I’m definitely not getting enough sleep,” he adds.

There are no in-app purchases or ads in Cakey, which makes it attractive to thrifty parents. Instead, Cakey offers a basic interface to YouTube where users can browse through pre-screened video “collections” presented in a film reel-like interface.

These collections include only kid-safe videos across a variety of popular topics and categories. Meanwhile, parents can slide their finger at the bottom of the screen to launch into the “Parent Mode” section, protected by a PIN, which allows them to add or remove video collections.

While the app comes pre-stocked with videos to keep your child entertained, parents are also able to build their own collections in Parent Mode. Here, they can search across YouTube and preview videos and video playlists before adding them to their own collection. There’s even a handy trick that lets you screen videos more quickly – by tapping and holding on the video playing, the app will play it back at 5x speed, allowing you to get an idea of the content without suffering through the whole video.

Another technically creative feature is the way the app syncs up with content found on Cakey’s website. After signing up, parents receive an email with a link that allows parents to connect their phone with computer where the link is clicked. Afterwards, parents can then search for new collections or create their own via the web, instead of having to go into the app itself. These collections can also be shared with other community members, allowing parents to help each other.

Explains Hong, “I built it outside the app because parents are busy and don’t often get around to going into their kid’s apps.” He says that Cakey will email parents usage reports, which tells them what collections their kids are choosing to watch. That way, when it comes time to update the content, parents know what videos to add and which ones to remove. 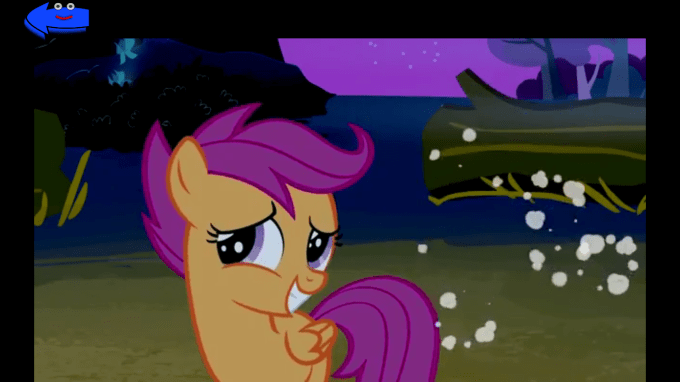 “By building it on the web, parents can do it from work or wherever, and they’ll be triggered by those usage reports I email. So basically, Cakey comes to you,” says Hong.

At launch, the app comes with 3,000 videos in 109 collections, and is aimed at children 2 to 6. It even has a funny feature clearly built for personal use that pauses videos every minute, then plays a recording of Hong reminding your child to eat. (Hilariously practical, I might add).

The app is one of several designed to offer kids a safer YouTube/video viewing experience, including competitors like Happly, Jitterbug, Kid-safe Tube TV, Kids Video Player for YouTube, iTubeList, Mineflix Free, and more.

From the sounds of things, Hong could scale Cakey up quickly if he wanted to. He says he could spend a day to increase its video content by 10 times, and has categories for 40 languages set up, but not filled in yet.

The app itself has a minimal, under-designed user interface that lacks polish, but frankly, kids don’t really care about that sort of thing, you’ll find.