A number of companies today are experimenting with same-day e-commerce, including Amazon, Google, eBay, Instacart and others – but for most, the focus has been on same-day delivery. A new shopping startup called Curbside, backed by $9.5 million in seed and Series A funding, instead wants to become the go-to solution for same-day pickup from local stores. That is, it’s combining the convenience of mobile ordering with the option to pickup the items from the store, without having to leave the comfort of your car.

At launch, Curbside has a handful of retail partners on board, including Target, and several more in the pipeline.

The service currently has limited availability, but the partnership with Target could see Curbside expanding across the U.S.-based retailer’s many stores later on. However, for now, Curbside is available in 10 select Target stores across the greater San Francisco Bay area, including the Metreon and Geary St. locations, as well as at the Westfield Oakridge shopping center in San Jose, where several retailers will offer their items for local pickup.

Curbside was founded by former Apple engineers, both who have backgrounds in location-based technology. Jaron Waldman founded Placebase, which was later sold to Apple. And while in Cupertino, he worked on products like iPhoto, iAd, and Maps. Curbside’s other co-founder, Denis Laprise, also founded a location technology company, called Poly9, which was acquired by Apple, as well.

The team later raised an $8 million Series A, led by Mike Volpi at Index Ventures, who also joined the board. 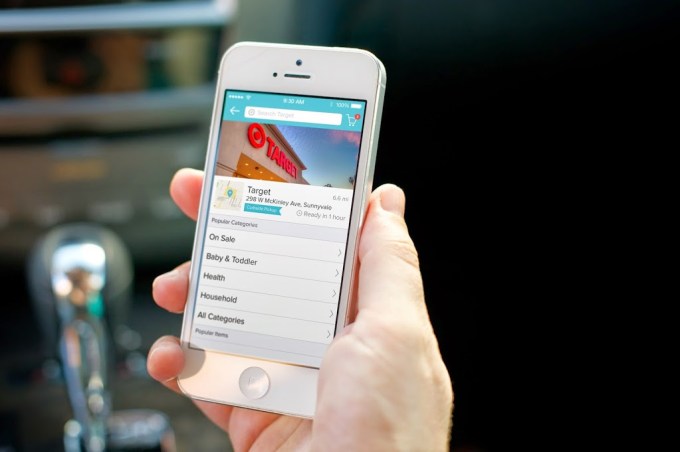 “We’re data geeks, I guess,” explains Waldman. “We were really interested in the idea that nobody had figured out the real-time inventory problem in retail.”

He says they saw all these services coming out where consumers could “order ahead” from restaurants via their mobile phone, and believed that this indicated a larger shift for mobile commerce.

“Your phone’s a remote control…You should be able to transact against the business, rather than just find the business and be routed to it,” he says.

Why Local Pickup, Not Same-Day Delivery?

Meanwhile, traditional e-commerce emerged from a time when consumers would shop online and order items that were then shipped to their home. “Home delivery made a lot of sense in that era, because you were tethered to your desktop – that was the medium you were buying on,” Waldman adds. But mobile devices have now changed the commerce landscape considerably. 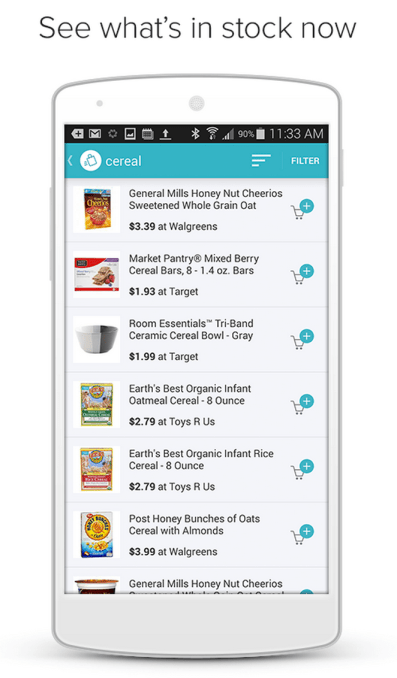 Companies are addressing this mobile shift by expanding into same-day delivery. But there are still challenges with that model – it’s expensive, for starters (the companies are today subsidizing the costs while testing their services). There are other issues, too – like orders have to be placed by a certain cut-off time in order to qualify for same-day delivery. Plus, it seems to only work well in dense, urban markets.

Jerry Yang, a Curbside investor and board member, explains the draw of local store pick-up versus same-day delivery.

“It is not hard to imagine that whether you live in the suburbs, or in a metropolitan area, that being able to conveniently pick up and quickly get merchandise or groceries can be a valuable service, Yang says. “Large retailers and smaller shops also view this as a great way to provide store visits. But this premise is fundamentally based on a sophisticated, data-driven approach that Curbside is employing. Without a strong, technical approach for availability, pricing, location-based mobile tech, this premise would be difficult to execute.”

He adds that he met the team early on and came away impressed with their data-driven approach to local commerce, and believed Curbside fulfilled all the attributes for successful e-commerce company: “a strong founding team, deep technical expertise to allow for scalability and a ‘wow’ user experience, and a large market opportunity to create innovation and value for consumers and merchants.”

Curbside works with brick-and-mortar retailers by accessing their inventory APIs (or, if APIs are not available, they may pull data from feeds or directly from the websites). That allows the app to showcase the retailers’ current real-time inventory. Mobile consumers then use app to shop the items available at that time, add them to a cart, and checkout with just a tap – similar to any mobile e-commerce shopping app today.

The difference is that instead of waiting for delivery, they can swing by the store at their convenience, and pick up the items that same day. The app notifies retailers when customers pull up, and then store associates will come out and place purchases in your truck.

While, currently, Curbside works by partnering with retailers for its own mobile app and generates revenue via the affiliate model, it’s working to make its technology available as an SDK for retailers to use in their own apps, too. Those retailers will then have access to backend analytics that help them figure out where people are coming from and when they arrive, allowing them to optimize their in-store picking.

Palo Alto-based Curbside is available today as a free download on both iOS and Android.