The move to a more “cashless” society has not been without its victims – namely, those whose incomes relied on the spare change and small donations that once came from customers emptying their pockets, but are now locked up in digital bits and credit card swipes. The lowly tip jar today often sits empty, as few carry around the quarters and dollars with which to fill it. A company called DipJar wants to change that, and has now raised a $420,000 seed round to scale production of its hardware.

The round was led by Project 11, the new fund from Bob Mason, Brightcove founder, and Katie Rae and Reed Sturtevant, former Techstars Boston directors. Other angels in the round include Will Herman, Warren Katz, Joe Caruso, Mike Dornbrook, Bill Warner, Scott Heller, and others.

The New York-based company, currently incubated by the Bolt accelerator in Boston, was founded by CEO Ryder Kessler, a former director of strategy at New York cab-sharing startup Bandwagon and VP of Sales Jordan Bar Am, previously of McKinsey, and the co-founder of fruit importer Oke USA.

Kessler said the idea occurred to him simply because he began to “feel like a jerk” at one of his favorite coffee shops which only offered tipping via a cash-only tip jar.

Not only was everyone paying with plastic these days, reducing the tips overall, the baristas there also confided in him that they would rather the store stay empty since there was no financial upside to an influx of customers.

The problem with the reduction in cash-based tips means lower-income workers or those who once depended on a tip-based boost to their salaries, would likely turnover faster as they exited to try to find better-paying jobs, Kessler realized. That’s bad for the businesses who would then have to incur more training costs, and, ultimately, the turnover could affect customer service, too. 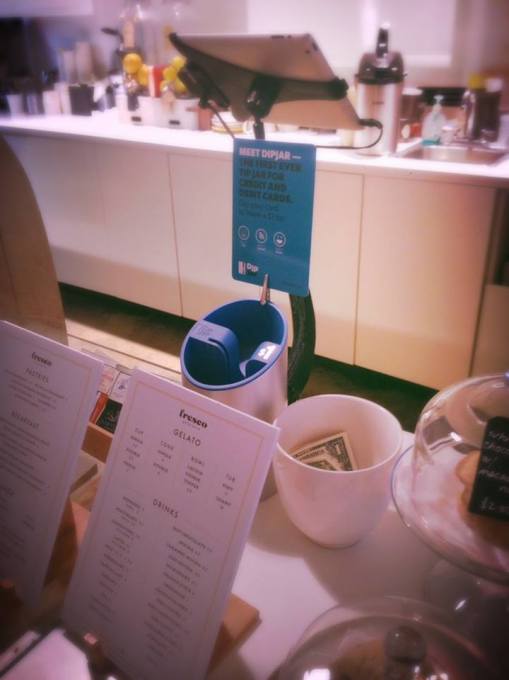 Baristas, of course, aren’t the only ones affected by customers’ disappearing cash. Deli workers and sandwich makers, ice cream scoopers, coat checks, valets, barbers and hairstylists, hotel housekeepers, and more also once relied on handfuls of dollars customers gave to them, whether by hand, placed in tip jars, or left in envelopes.

Though customers are now paying by credit or debit, they’re not always getting receipts, or getting those that do don’t necessarily have a line to enter a hand-written tip, because business owners don’t want the hassle of accounting for the extra funds and distributing those back to their employees.

This is what the DipJar, as it’s called, aims to solve.

The company began building custom prototypes of the DipJar tip jars, and rolled just under two dozen out to New York-area businesses and charity groups starting back in summer 2012. One recent adopter of the technology is the Central Park Conservancy which used the DipJar to raise funds from those attending a film festival, and now plans to roll it out to visitor centers. 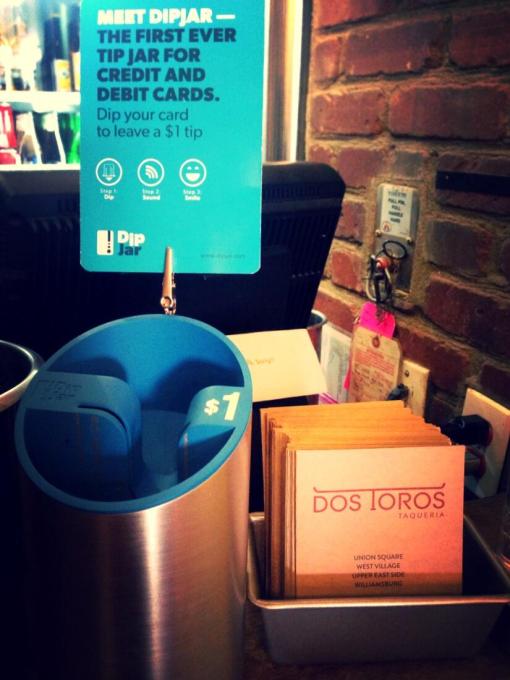 Currently, the DipJar’s hardware involves off-the-shelf parts, but with the funding, the company is working to scale up to mass production.

The unit itself is basic: inside the jar is a standard credit card reader, and not much more. The customer inserts their card and pulls it out to swipe, and the jar will automatically deduct a pre-configured amount (as determined by the business).

Just as important, the act of swiping makes a loud “change clinking” sound so the employee will know you’ve tipped. That will save you from one of those awkward Seinfeld situations (remember George Costanza reaching back into the tip jar because he wanted to make sure he got credit for having done the deed?). Kessler also says version 2 will include a light array as well, along with other refinements, to help encourage and notify other customers and staff of the tips being processing.

The funding will be used to grow the team of two to 4 or 5 over the next few weeks, and further develop the software for businesses that will allow merchants to enter in employee information and track tipping as a metric of customer satisfaction, if they choose. The team is also working to automate the payouts to employees, which are currently distributed by check every two weeks. And, of course, the hardware is being improved to make it a scalable solution.

The team is also gearing up to be ready when the shift to EMV takes place, or if Apple Pay helps push NFC adoption into the mainstream, says Kessler. “We already own the trademark for ‘TapJar,'” he notes regarding the latter. 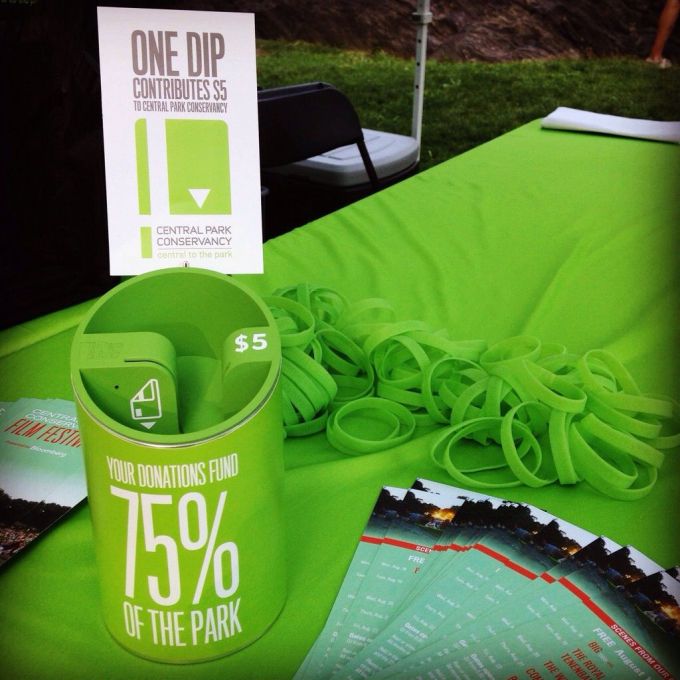 Kessler won’t detail the cost to produce the jar today, or how much it will sell for, explaining that the company has been exploring several business models, including monthly pricing, upfront pricing, and pricing by volume. Similarly, it’s too early to disclose metrics of the DipJar’s impact on increasing tips, he says, since those can vary wildly by business and the DipJar only has a handful of customers today.

However, he would tell us that the DipJar hasn’t cannibalized cash tips, from what they’ve seen. “The DipJar brings in new money for the recipients,” he says.

Plus, he adds, though the team was planning to run short 3 to 6 month tests, “no one wanted to give it back…that speaks to the success of the product.”