If you are an early stage startup, Google wants to give you $100,000 in Cloud Platform credits for one year so you can host your applications on its servers (and not on AWS or Azure). This offer is part of Google’s Cloud Platform for Startups initiative, a new program the company’s senior vice president for its technical infrastructure Urs Hölzle announced at the Google for Entrepreneurs Global Partner Summit today.

To be eligible for this program, startups must be less than five years old and have less than $500,000 in annual revenue. They must also be part of one of 50 accelerator programs, incubators and VC funds around the world that Google has already partnered with (Google plans to add more partners over time and those organizations that aren’t part of this first batch can contact Google to join this program).

Among these partners are the likes of Y Combinator, 500 Startups, SV Angel, Techstars, Code for America, Chicago’s 1871, and (unsurprisingly) Google’s own Google Ventures. Google is also working with Gaza Sky Geeks, the first accelerator program in Gaza, and many other organizations around the world.

“This offer supports our core Google Cloud Platform philosophy: we want developers to focus on code; not worry about managing infrastructure,” writes Google’s Julie Pearl today. “Starting today, startups can take advantage of this offer and begin using the same infrastructure platform we use at Google.” 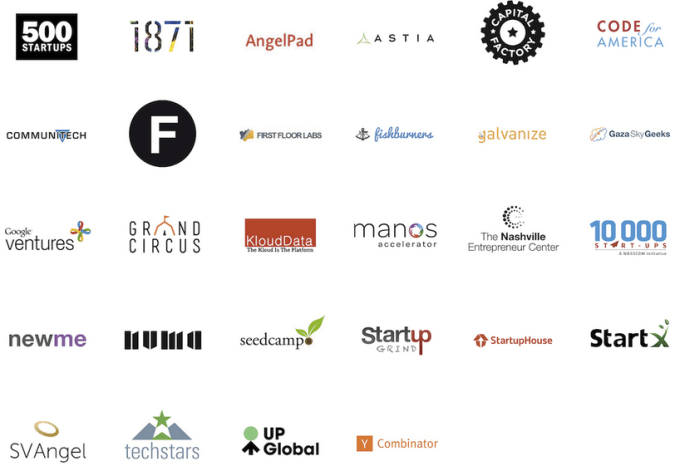 In addition to the Cloud Platform credits, startups will also be able to schedule office hours for 1:1 technical architecture reviews and they will get access to 24/7 phone support.

Just like its main competitors, Google has always offered a (limited) free tier for startups that wanted to get started on its platform. Since late 2013, AWS has also been offering its “Portfolio Package” to accelerators, incubators and funds through AWS Activate — a program that is quite similar to Google’s new initiative. Amazon offers startups in this program up to $15,000 in AWS credits. With BizSpark, Microsoft has also long offered a comparable program for early stage startups, though its benefits also often include. Compared to Google, however, the $150 monthly Azure credits startups get through Google’s program looks a bit small.

In some way, though, Google’s $100,000 credit for one year is a bit of a marketing gimmick. Most startups won’t need anywhere close to this many resources to get going unless they either become extremely popular (Google loves to note that Snapchat uses its services) or plan to use Google’s servers for very heavy computations (I assume Google would ban a startup that would use these credits for Bitcoin mining…).

Google is clearly interested in taking some mind share from the likes of AWS, which for most startups is still the go-to cloud service. Chances are, this program will help it to get more of these companies on board and once they are on Google’s servers, they will likely stay there as they grow (and get to the point where they have to start paying their bills).