A new “anonymish” app called Looksee has launched, combining mobile photography with a Tinder-like matching element that lets anonymous users connect with each other over their shared photos. The idea is that when two users mutually like one another’s photos, their identities will then be revealed to each other, allowing them to make a personal connection and begin messaging within the app.

Tinder without the superficiality, perhaps. Or just a different way to make Internet friends? 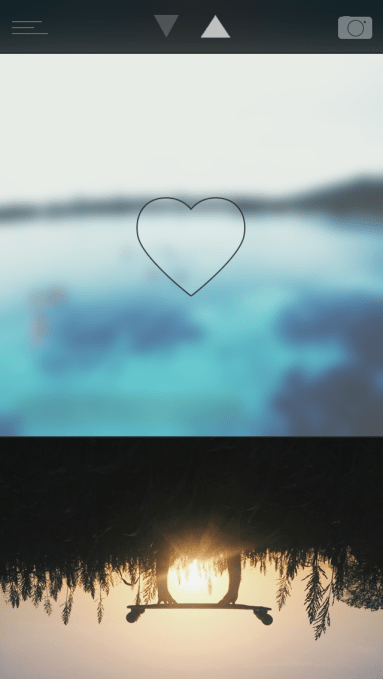 Looksee is largely an experiment at this point, given its launch took place July 31st. The app is a product from Quebec Drive, a company which has previously released a handful of single-named photo apps and games, including Dropin, Phodeo, and Flyin.

The bootstrapped startup was co-founded by L.A.-based actor-turned-app-designer (because waiter/actor is so passé) Justin Spraggins, who has been interested the iPhone since day one – when he was starring in the first Apple TV commercials, in fact. Even back then, he says, he saw the potential for the iPhone to change photography, and he later began working on apps after getting the entrepreneurial bug following his first tech industry job involving video content production for an early stage startup.

Along with N.Y.-based developer Jarid Kemink, the two quietly launched Looksee a few weeks ago, seeding it with photos posted by their photographer friends, who signed up to test the app in its first days. That has given the Looksee’s initial experience to be one of browsing a more professional photo community, and not your typical user-generated content site. Of course, with traction and popularity, that could certainly change.

The app’s main thesis is this: anonymity doesn’t just have to be about risqué photo-sharing and cowardly bullying, it also gives us the opportunity to make a different sort of connection with people. Explains Spraggins, “when you see something you like, you want to know who’s behind it. And it drives you to share, too, because if you don’t share…you’re never going to reveal anybody.”

“It’s like you’re unmasking people,” he says. “It’s cool and you get addicted to it.”

The app works by asking you to sign up with your Facebook or Instagram account, which is what is later revealed when you and another Looksee user are matched up. That keeps some of the more distasteful content at bay, since unlike on most anonymous apps, you are associated with your real identity – it’s just hidden at first. However, a “report” feature is available if anyone should go too far.

You can view content that’s popular across the service, or, more importantly, photos taken around your current location, which is what gives it a dating-app like appeal.

After a match takes place, you can either chat directly in the app, or follow the user on Instagram, taking your conversation to a larger, more public network.

Spraggins thinks the app will encourage deeper friendships, and possibly even relationships, to blossom.

Looksee has already been featured by the App Store, giving it an initial boost with thousands of sign-ups, but the challenge for the company now is to better differentiate its community versus that of…well…Instagram itself. While not necessarily created for getting locals together around their shared photos, it can certainly play a role in helping online friends connect, and continue messaging in private if they choose.