A new Y Combinator-backed startup called Roost wants to succeed where RSS readers perhaps failed with the introduction of a new service that lets consumers subscribe to websites using browser-based push notifications. However, unlike a browser plug-in system such as PageMonitor, for example, Roost is based on an upcoming standard for web push, which is built into Safari and is coming soon to Google Chrome and Firefox.

First introduced with OS X Mavericks, Safari’s push notifications allow users to remain engaged with the websites they care about by opting in to notifications – in a similar way to how you opt in to push notifications within mobile apps. But with Roost, the idea is to build push technology on top of the web to offer a platform that will eventually grow to work seamlessly across browsers (including one day, mobile browsers) while providing web publishers with more advanced features, such as scheduling posts and analytics. 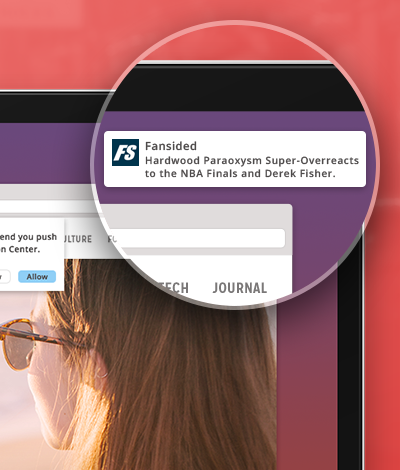 The company was founded by Ohio native Tim Varner and serial entrepreneurs Casey Haakenson and Burton Miller who serendipitously met a few years ago at SXSW. Haakenson and Miller were already enthusiastic about the power of push notifications, having previously founded a startup focused on mobile push. Now, they want to bring that experience to the web, too.

Officially founded in July 2013, the Roost team began working on the product last fall after a brief stint focusing more on the enterprise than the consumer market. But with the system quietly launched in January of this year, Roost is now a publisher-facing service designed to help websites build their followings and engage their readers.

The idea is that, with a line of JavaScript code added to their websites, publishers will be able to use the Roost platform to work with any browser that supports push notifications. Today, that’s Safari, but both Chrome and Firefox are expected to release similar technology in the third quarter of 2014.

On supported sites, users will see a dialog box that pops up, asking if they want to enable push notifications. If they say yes, then they’ll see the updates in real time on the top-right side of their monitors — even if they happen to be working in a spreadsheet at the time, and are not browsing the web. Whenever users want to adjust or shut off the notifications, a section within the browser’s preferences screen lets you easily do so.

Meanwhile, on the publishers’ side, Roost allows for a quicker way to support web push, and it provides tools that help them offer a better experience, including tools for scheduling notifications, managing campaigns, automating RSS, and more. And it offers analytics like subscriber and engagement statistics, as well as analytics on how the messages themselves performed, for example. 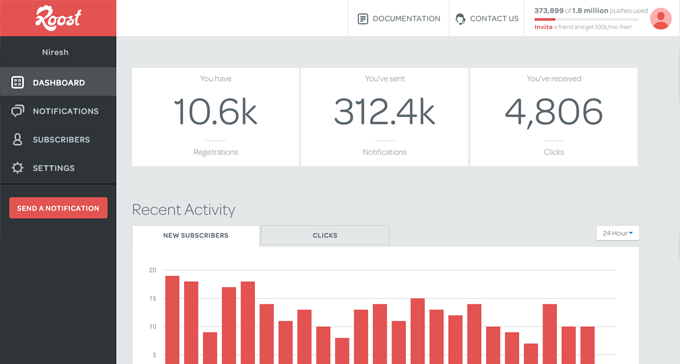 The platform is being offered on a freemium basis with pricing not yet set in stone. For now, up to 1 million pushes per month are free; none of the company’s over 1,200 websites have hit that limit yet. Roost is now being used by a mix of smaller publishers and larger brands, such as Fansided, a Sports Illustrated partner network of 280+ sites, and Journal Broadcast Group. In beta tests, the team found that web push had 30 times the opt-in rate of email marketing, says Varner.

“We can provide what RSS did. It’s a quieter, one-on-one sort of engagement between a brand and a consumer,” he explains. “Email is very heavy, and Twitter is kind of noisy. RSS and Google Reader were kind of nice because you could just go to one place and read what you wanted to read without any chatter. So we’re sort of providing that to the user, but it’s in real time now.”