The very idea of it was appalling to many – an online dating site, the Dating Ring, was shipping women from New York City to date San Francisco tech dudes.

Greg Benson was one of those tech dudes. And he says, after meeting the women who came all that way, he wasn’t that interested. At a strapping 6’4″, the 34-year-old Bay Area-based app developer who actually wants a relationship, is an on-paper catch.

But Benson, who finally got to meet up with these women this last weekend, says he didn’t actually go on the dates to find love. “There’s always the chance you’ll meet someone and totally crush on them. But long distance is not something I’d wanna do,” Benson says.

Benson waffled on what he actually wanted. Sometimes in our conversation he was looking for “the one” but then he’d say he was “just looking for fun right now.” And that’s what this event was for him.

But why wasn’t he impressed? These ladies not only flew all the way across the country to meet him, but were rumored to be drop-dead gorgeous, highly educated and multi-talented. One was even a firefighter. He pauses for a bit, not wanting to admit it and then says, “Well, there just wasn’t a spark.”

According to Lauren Kay, founder of the Dating Ring, it was also pretty hard to even get the guys to commit to coming out and meeting up with these ladies. Benson says they made him give this iron-clad promise that he would definitely show up.

As for the women, they were handed travel kits full of lip balm, condoms and makeup remover, before taking off for their trip. And while airfare was taken care of, they still had to pay for their own hotel and food.

After all that, it was still easier for Kay and team to recruit them! What gives? There’s a plethora of guys in San Francisco. Estimates are about three men to every one woman. Still, the complaints about the men here are multitudinous. 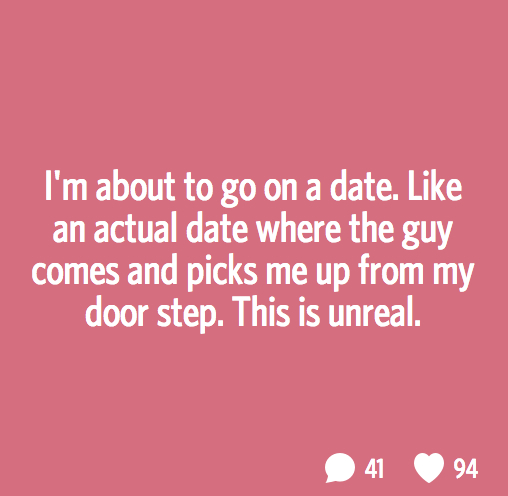 “SF is like Never Never Land. You can get away with hooking up well into your 40s and a lot of guys don’t want to give that up,” according to Benson.

SF psychologist Christina Villarreal actually sees a lot of tech dudes in her practice. She says the majority of them talk to her about how to date women.

“They tend to not have the social awareness to understand what’s wrong. A lot of the time they lack a filter or say inappropriate things to women on these dating apps online before the date even begins.” Things like, “Are you really a C cup?” or “How sexually freaky are you?” might be questions too close to home for many single women in SF.

And, true to what Kay mentioned earlier, there’s the problematic lack of effort on the part of the dudes, too. That’s more of a generational thing, according to Villarreal.

It could also be that a lot of the guys in tech jobs are mostly socialized around other socially awkward men; which is why Villarreal ends up doing a lot of gender translation. “It’s a male-dominated climate they are in so they are often blind to how women operate.”

Still, Benson said he did appreciate the effort these New York women put in. But if roles were reversed? He admits he probably wouldn’t have done it if he was asked to go meet the women in New York.

Kay would like to make this SF/New York pilgrimage an annual thing anyway, though there’s no plans to ship any boys or girls to New York to do the same thing. As she clarified with me, “We’re not a traveling, bi-coastal dating site.”