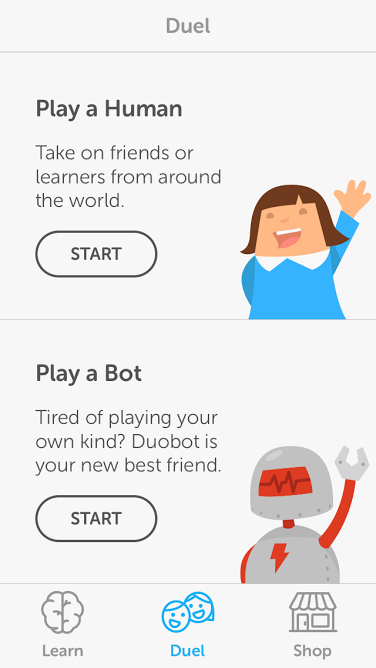 Duolingo, the popular language learning service, launched the latest update of its iOS app today. Version 4.0 includes a number of new features, but maybe most importantly, this update marks Duolingo’s entry into Asia.

Right now, Duolingo only has a relatively small user base in Asia. For the most part, Duolingo users are evenly divided between North America, Latin America and Europe, all of which account for about 30% of the service’s user base each.

As part of this update, the service now also features English courses for Hindi speakers, as well as German for Russian speakers and French for German speakers.

While the addition of these new languages is one of the highlights of this launch, the other is the launch of a number of new game-inspired learning modes, including a multi-player feature that allows people to compete with each other in real time (or you could always play against a bot, too). For now, Duolingo founder and CEO Luis von Ahn tells me, this feature will only be available on iOS. “We typically try new features in one platform and port them to others when they work well,” he said.

Among the other new features in the release are lesson end screens that provide learners with additional stats, as well as a new navigation bar and other user interface updates that are meant to give the app a cleaner design.