Moot.it, a startup launched last April to do away with ugly online forums by offering a flexible, customizable and more modern-looking platform for online discussions, has raised $770,000 in new funding and is changing its name to Muut. (Hey, they wanted the .com, so you get what you get these days.)

The funding was led by Oregon Angel Fund, and the other notable investor is the Portland Seed Fund.

Over the course of the year, the company has grown its customer base to over 28,000 and its user base to 300,000, and is currently adding thousands of new users per day. Muut also says its application is now being loaded approximately 150 million times per month.

The company was founded by Portland-based serial entrepreneur Courtney Couch, along with jQuery Tools creator Tero Piirainen and Janne Lehtinen, both of Helsinki. The team had previously been working on a web video player called Flowplayer before creating Muut.

The idea for the startup, like many others, came about because it was something the founders needed for themselves. They were running a separate support system and separate forums, but wanted something that would combine the content, unifying the commenting and the forums, while not looking like something “from the ’90s,” Couch had once said. As it turned out, it was slim pickins’ out there, so the team created Moot, now Muut.

With Muut, site owners can design their discussion platforms however they want. You can use it for commenting, forums or both combined, and you can customize those discussions in a variety of ways – like flat or threaded comments, for example – while also allowing users to comment using their same login they might use for your own website or software. The platform works on mobile, too, including iOS and Android smartphones and tablets. 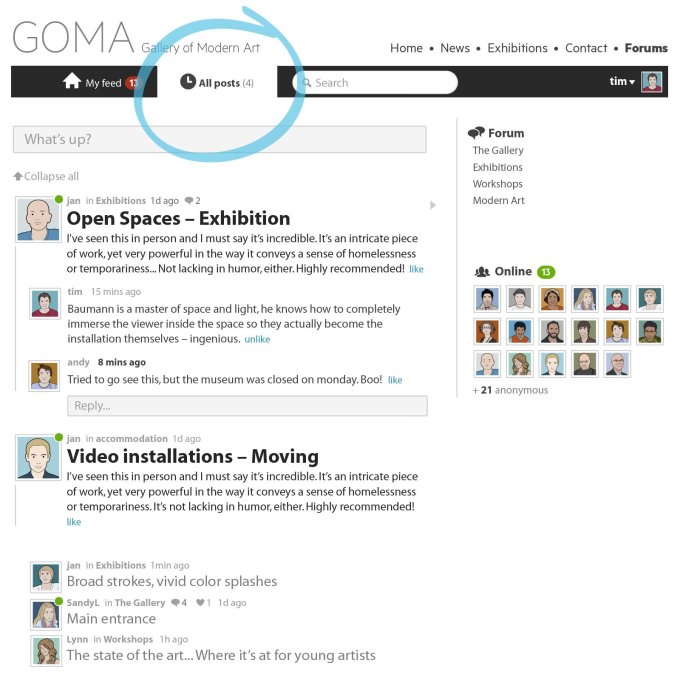 “Muut seems to fill a glaring void on the internet: that of a super fast, built-for-mobile, easy-to-use, lightweight, beautiful, uncluttered forum and commenting solution that you can embed on your site and style to your liking,” explains the company, in an announcement going up later today. (We took a deeper look into its feature set last year, which you can read here.)

Since its debut, Muut has added the single sign-on functionality, plus custom navigation (to change how the right navigation works, and what content appears in the “all posts” section), introduced a graphical designer with pre-built themes, private forums with developer accounts, made SEO improvements, added Google Analytics integration, support for image uploading and galleries, added an option to select and share text to quote on Facebook or Twitter, expanded its language support (now in 25 languages), and more. (Yes, these are just the highlights). 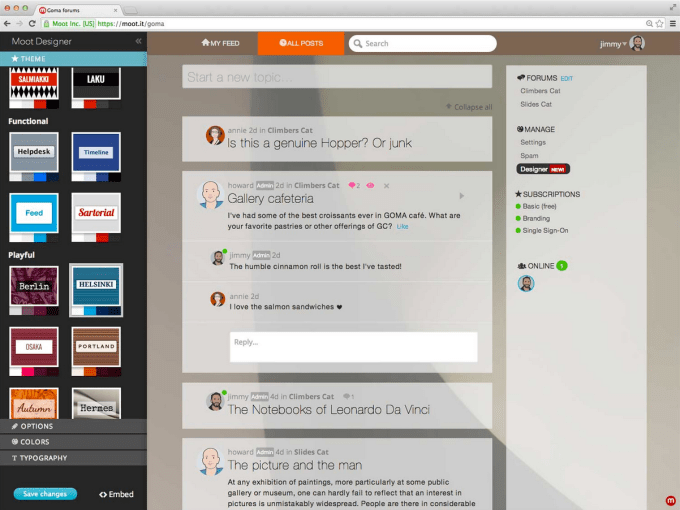 The company, which competes to some extent with products like Discourse, Livefyre, Disqus and others, declined to discuss revenue specifics. Its freemium service starts at $8/month for paid accounts, but Couch would not say what percentage of users are free vs. paid. However, he did note that revenue has been growing at 30% on average every month over the past 6 months.

Portland-based Muut, now a team of 9, will use the new investment to continue product development over the course of 2014, with plans for forum data importers, integrations into WordPress and other platforms, Muut API documentation for deeper integration, administrative features, and more.