Over the last few weeks, all the major cloud providers announced large price drops for most of their services. Rackspace CTO John Engates said at the Cloud Factory conference in Banff, Canada, today, that this is yet another example of the commoditization of the cloud. It seems Rackspace doesn’t quite believe this is the way to go.

“People are dropping prices,” Engates said. “They are doing things that are in some ways not always the smartest things to do if you want to grow your business in the long run.” The current price wars, he argues, are nothing more than a race to the bottom.

He says those who most benefit from this right now are the early adopters, the companies that already run most of their applications on the cloud. The problem with that, though, is that most companies aren’t using public clouds yet. The big wave of cloud adoption is still to come, and those companies will look for more than just cheap cloud computing instances and storage.

“In the early cloud, you really need to know what you are doing,” Engates said. But big companies don’t always have the right expertise in-house, and those that want to make use of public clouds often still have to stitch those services together with their legacy systems. 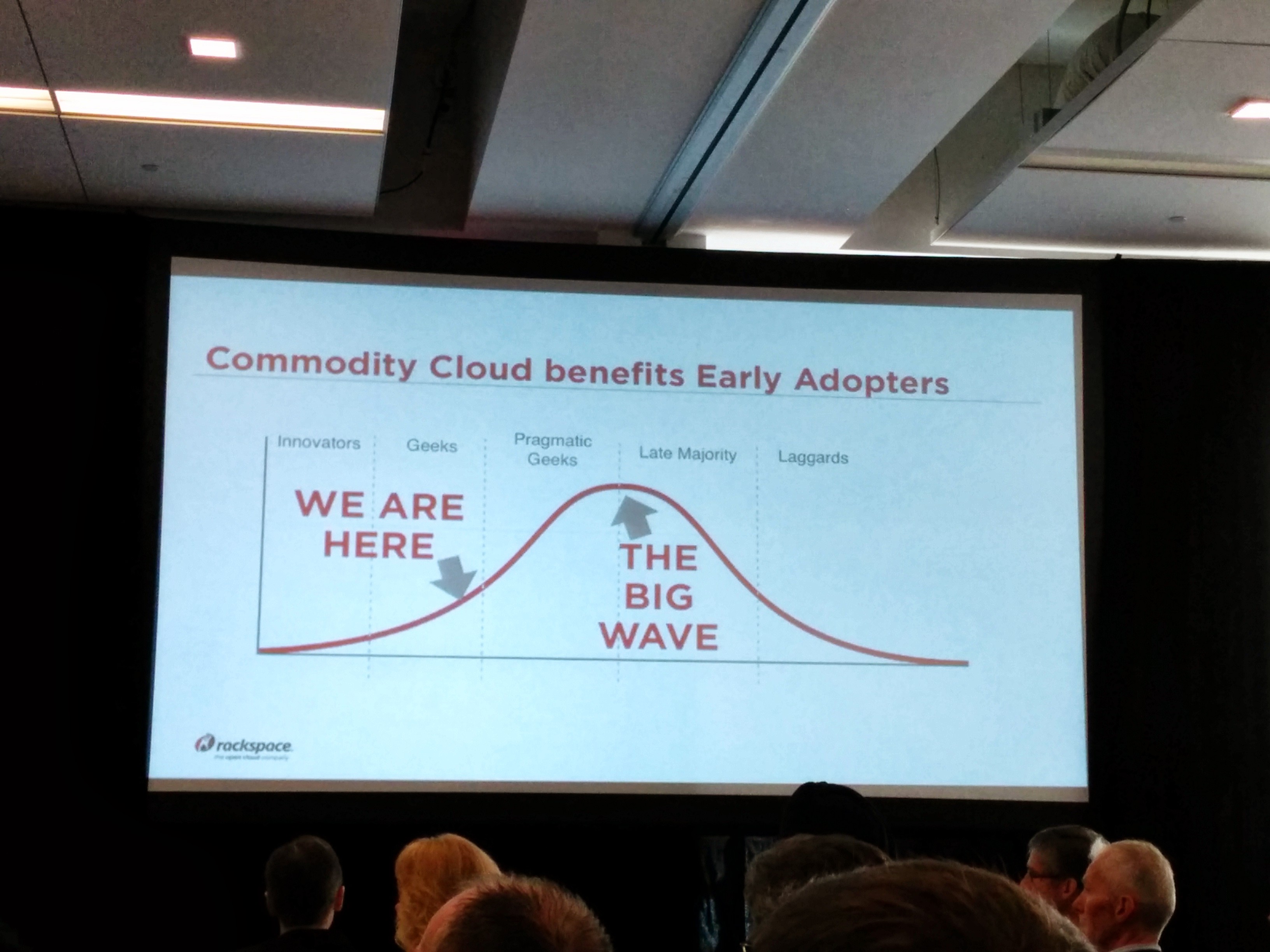 When it comes to infrastructure and technology, Engates believes that those services will be commoditized and prices will continue to drop. Because of this, that’s not where the value is going to be. What businesses are looking for, however, is expertise and a community — especially given that many of the cloud services companies rely on having open source underpinnings.

For Rackspace, this means an investment in OpenStack and participating in the open-source community. The company has also decided to focus on DevOps, data and digital as the areas where it believes it can add a lot of value.

It’s worth noting that at least for the time being, Rackspace has not matched the latest price cuts from its competitors. In the long run, however, it will have to drop its prices, too.