Cincinnati startup ChoreMonster — the app that makes it easy for parents to assign chores and incentivizes their kids for actually doing them — reaches another milestone with their latest version 2.0 which launches today.

This is a major overhaul of the service we first described to you back in 2013. The new version is available via their website, via native iOS app and, interestingly, as a native desktop Windows 8 app. An Android version is coming in May.

As a refresher, ChoreMonster is a scheduling and rewards redemption ecosystem for kids’ chores. Parents use the app to assign chores to kids; kids use the app to log that they actually did the chores and then be rewarded for completing them.

Notable updates in version 2.0 include:

The app must be working as the company has counted three million chores since Jan 2013.

Additionally, the startup itself seems to be “growing up” too. Fueled by additional VC injections (they raised an additional 1.5 MM last August) the company is now staffed with 12 employees, up from the original four.

Some might say it sounds like a crutch — that kids might not be understanding or appreciating why they are doing the assigned chores and are merely playing a game to get rewards. To that I say…um, yeah. So what?

Building good habits can start many different ways and successfully maintaining them usually comes down to a system that helps maintain discipline. When the motivation to get habits instantiated is positive, it can really help maintain a habit.

To me, this seems really similar to the scores of airline or other loyalty programs out there, that are wildly and behaviorally successful.

I guess if you have to do chores anyway, you might as well have fun and “gamify” the process a bit. As a parent myself, I know I’ll try just about anything to get my kids to clean up after themselves.

One question I asked ChoreMonster Director of Marketing Alex Bowman was regarding their monetization strategy. If the service is no longer subscription based, how are they generating revenue?

The new version monetizes via branded sponsorship videos. Like a Crest sponsored “How to brush your teeth video”. The intention is to be a softer, less intrusive way to incorporate some advertising while still adding value to viewers in a lesson format. Ok. I buy that, I think.

Also the new app design is as whimsical and charming as ever, and as I stare at my kids’ Pokemon cards strewn all over the floor of my house, I can see how there could be appeal to collect these monster characters. Bolster that with a mechanism for real-world merch and rewards, and it seems like a recipe for a cleaner house.

I’m gonna give this a shot, and see if there is a direct correlation to my kids’ rooms being cleaner. I think there might be. 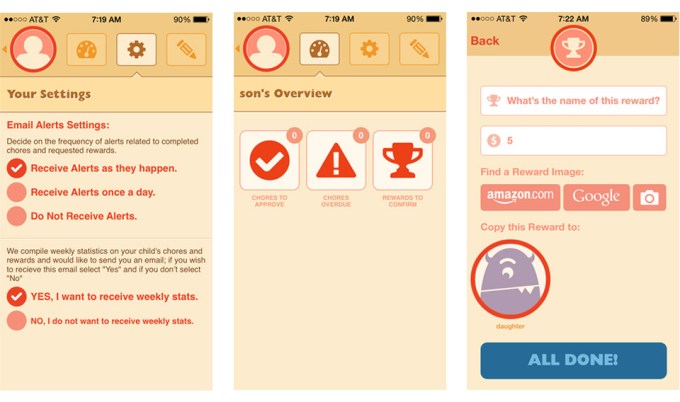