Microsoft today announced a number of forthcoming updates to the Outlook Web App for Office 365 at its Exchange Conference in Austin. Jeff Teper, Microsoft’s corporate vice president of its Office Service and Servers group, said that the overall strategy here is to embrace “cloud-first, mobile-first communications.”

Later this year, Microsoft will introduce a number of new features based on the new Office Graph, which it introduced just about a month ago. One of those is support for Groups, as the company previously announced. Another, Microsoft today said, will be a new feature that is currently code-named “Clutter.” The idea here is to use the knowledge the company gains about your daily activities at work to automatically remove those emails from your inbox that don’t immediately need your attention. 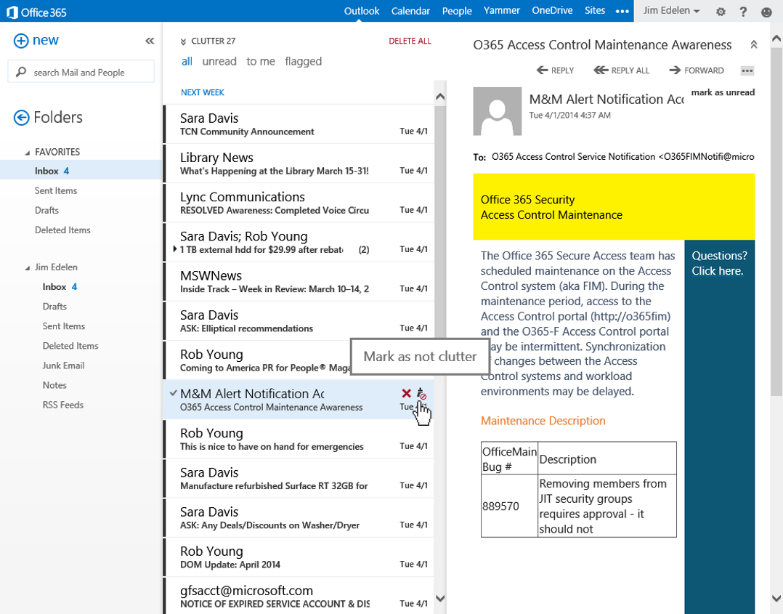 The system will learn from your actions, so that if you ignore emails about a colleague’s vacation pictures, it will assume that those kinds of messages are clutter and hide them. A budget proposal that many people in your company read, however, is likely important and will be highlighted for you. All of this will be completely personalized, but you always get the option to train the system by marking emails as clutter (or not).

Through this, Teper believes “email triage and search will become truly intelligent with the Office Graph.” 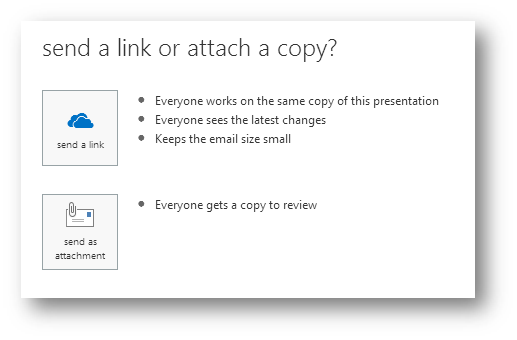 The other new feature Microsoft plans to launch soon is support for easier document sharing by leveraging the OneDrive for Business service (which is officially launching on April 1) and the Office Web Apps. Instead of attaching a document, users can simply attach a link to the file on OneDrive and set permissions for who can edit the file; from then on, you can ensure that everybody is working on the exact same copy of a document that’s updated in real time. 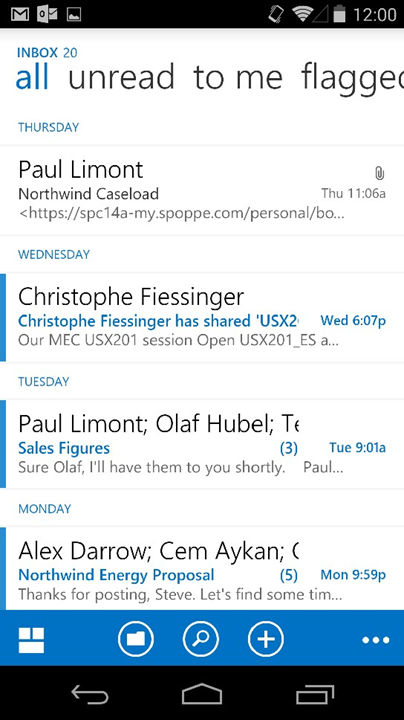 Later this year, for example, the Outlook web app will start supporting Android phones. As Microsoft acknowledges, many phones already come with built-in support for Exchange and Exchange ActiveSync. The company plans to continue to work with OEMs to offer this kind of native support. At the same time, though, the company says it wants its users to have access to all of the new Exchange features in Outlook, and in order to do that, the company believes a dedicated native app for the Outlook Web App is the way to go. The company previously released similar apps for iPhone and iPad.

Overall, Teper also noted, Microsoft is going through a process of unifying the concepts around Office and plans to continue to invest in features like archiving, eDiscovery DLP and encryption.