Some consolidation afoot in the world of food and lifestyle properties. Gojee, a recipe aggregation site organised around big pictures, specific ingredients and themes, has quietly been acquired by XO Group, the umbrella group for women-focused sites like The Knot, The Bump, The Nest and Wedding Channel. The move comes after Gojee explored sales to several other companies, including Yahoo. There is no indication of the ownership change on the Gojee site; TechCrunch heard of the deal through a person close to the company, and has now confirmed it directly with XO Group.

As part of the acquisition, XO has hired five of Gojee’s employees, including co-founders Mike LaValle and Tian He, and it intends to keep the site up and running as a complement to its other sites, targeting the same demographic of young couples with a heavy emphasis on women.

For us at XO Group Inc., particularly at The Bump and The Nest, we recognized this great moment to take the special sauce that Gojee has in collecting content that people are emotionally connected to, and present it to our users in compelling new ways,” Josh Himwich, XO’s VP of Product, said in an emailed statement. “Gojee’s award-winning apps have been featured in Apple commercials and retail stores nationwide – the exact talent and forward product thinking we’re excited to bring on.”

We don’t know the financial terms of the deal but are trying to find them out. Gojee had raised $4 million from Kapoor Capital and InterWest Partners. 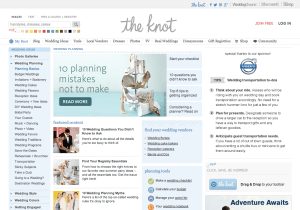 From what we understand, the plan will be to get the Gojee team to work on refreshing all of XO’s dated web properties, with a specific focus on updating the mobile experience. Overall, XO’s sites had 4.7 million unique visitors in February, a decline of 18.6% on a year ago, according to comScore. Its biggest site, The Knot, had 2.2 million uniques in February, an increase of 2.7% over last year.

For Gojee, the sale is a mark of the challenges that smaller, independent sites have in breaking into a game that these days is dominated by a handful of very big players that base their business models around advertising and scale. comScore says that in the month of February in the U.S., food sites brought in nearly 110 million unique monthly visitors. With the biggest, AllRecipes.com, hitting nearly 30 million uniques in the U.S. in February, it’s a sector with a very long tail of players: 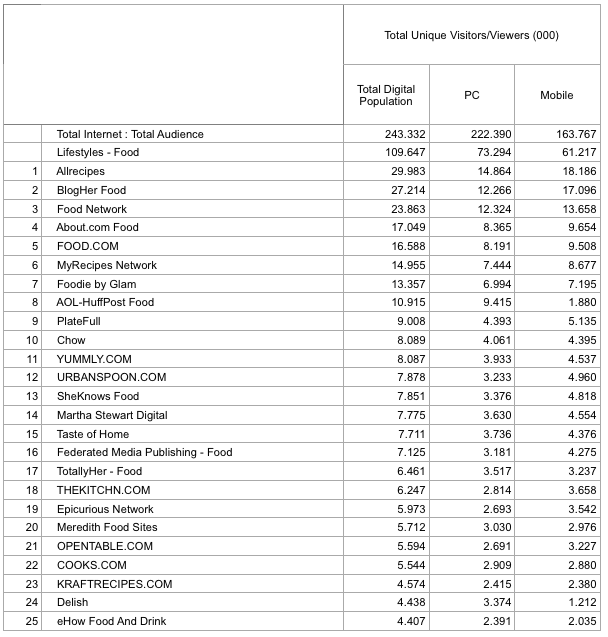 But it is also a sector somewhat on the decline as more and more users turn away from food-specific sites and more to properties like Pinterest that aggregate recipes from everywhere. These figures also from comScore: 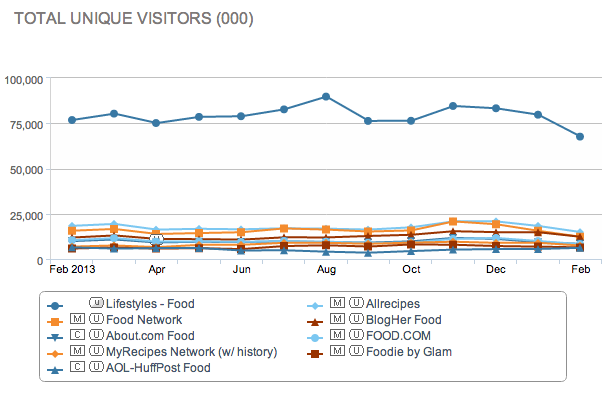 This is where Gojee comes in.

Like a Pinterest of sorts, Gojee wasn’t a repository for original content created specifically for its own platform, but effectively a beautiful and effective search and recommendation engine and portal for consumers to find the recipe they need from everywhere else on the web. It matches well with the talent and IP that XO Group picked up in September 2013, when it acquired Hoppit, a search engine that let you find restaurants based on their ambience.

Going back to Gojee’s other potential suitors, you can see how something like Gojee would appeal to Yahoo, which has been looking long and hard at ways of rejuvenating its search business and position itself as a player in that space once again. (Digression for another time: Will Pinterest eventually start trying to marshal some of its traffic around original content, too?)

On top of its search ambitions, Yahoo has been beefing up its content plays in specific verticals, launching a new portal dedicated specifically to Food in February.

Although Gojee had been speaking to Yahoo for a while, we understand that the discussions took place around the autumn/end of September 2013, when Yahoo had started to downshift its acquisition tear. This apparently had an effect on their talks with prospects, too.

In the meantime, Gojee also met with several others, including Buzz Feed, Yelp and The RealReal — a luxury goods e-commerce platform. The RealReal, which shares an investor with Gojee in the form of InterWest Partners, aligns with Gojee’s short-lived pivot into fashion. In fact, some Gojee employees moved over to the RealReal regardless after the XO Group sale.

In the end, it appeared that XO Group was the most interested. Apart from the fact that it helps XO diversify into a new vertical, food, it gives the company a new approach to attracting audience via search algorithms and aggregation and fresh-looking design.

This is particularly important when you consider that XO Group, founded in 1996, is pushing 20, relatively speaking a senior citizen in the world of the Internet. “None of the other companies Gojee met with needed people to bring in new blood as much as XO,” our source told us.