Tipbit, yet another startup attempting to reimagine how email should work on mobile devices, is announcing $4 million in Series A funding in a round led by Ignition Partners. Alongside the new funding, the company also introduced an updated version of its mobile email application, which includes integrations with a number of cloud services like Evernote, Dropbox, Salesforce and more. 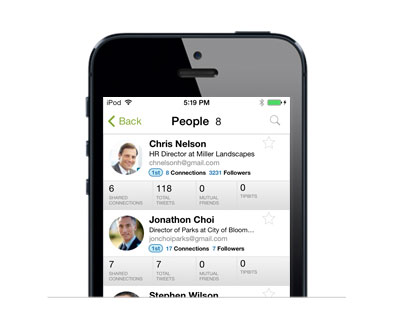 Founded in 2011 by CEO Gordon Mangione, who previously spent several years at Microsoft (Exchange and SQL Server), XenSource and most recently, Citrix, Tipbit’s application is focused on surfacing data and other related information within your inbox. When TechCrunch spoke to Mangione last summer, he referred to Tipbit’s ability to index data, including the name of the person, the topic, and the keywords in the email, among other things, as a form of “gravitational search.”

More simply put, that means Tipbit can perform specific tasks within the inbox that would have typically required users to launch other applications – like looking up social profile info from LinkedIn, Twitter or Facebook, for example, finding, viewing or sharing files from Dropbox, accessing Google from an email to search for content related to that message, and swiping to quickly perform other tasks, like accessing your calendar, files, or contacts. 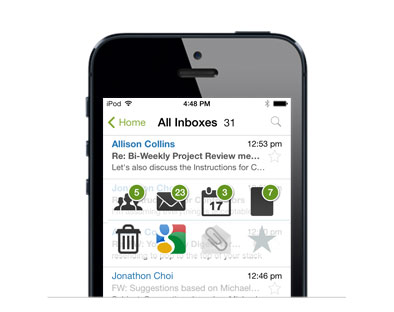 This idea of making the email app more powerful on mobile, where navigating between apps can be a cumbersome experience, when compared with the desktop, is an idea several other email startups are also tackling, including, as of yesterday, CloudMagic, as well as soon-to-launch Acompli.

With the updated version of the Tipbit application, there’s now a new contextual, instant search function, the ability to filter searches by subject, date, sender, read/unread status and other attributes, and an added ability to filter the calendar based on source to connect people with meetings, the company says.

Bellevue-based Tipbit declined to offer any user or growth numbers at this point, as the app is still early. Meanwhile, the funding will be used to expand the company’s team of developers, UI designers and project managers, we’re told.

The app is currently available for the iPhone. An Android version is in the works.