Facebook may be killing off its email address feature, but their uselessness will live on in iOS contact books around the world. You see, right before iOS 6 and its Facebook contact sync feature came out, Facebook forcibly hid the real email addresses everyone shared with their friends. It only left the @facebook.com addresses it assigned everyone visible, so that’s what got synced by iOS 6.

At the time in June 2012 I called this “poppycock” and implored Facebook to undo the visibility change it made without permission. Allowing users to choose to share their @facebook.com address that routed to their Facebook Messages Inbox would have been fine. If Facebook wanted to compete to be your email address, though, it should have done it on a level playing field.

But to banish email addresses provided by its competitors like Google, Yahoo, and Microsoft with hardly any notice was dishonest. One source even told me that Apple may have pressured Facebook to hide Gmail addresses as part of the deal to get baked into iOS 6.

No matter the reason, it was a treacherous move.

And it bombed. No one used the @facebook.com email addresses. Facebook thought it should be where you read personal emails. It created an integrated communication system designed to combine instant chat, asynchronous messages, and email. Turns out that last part was just too different to be corralled. 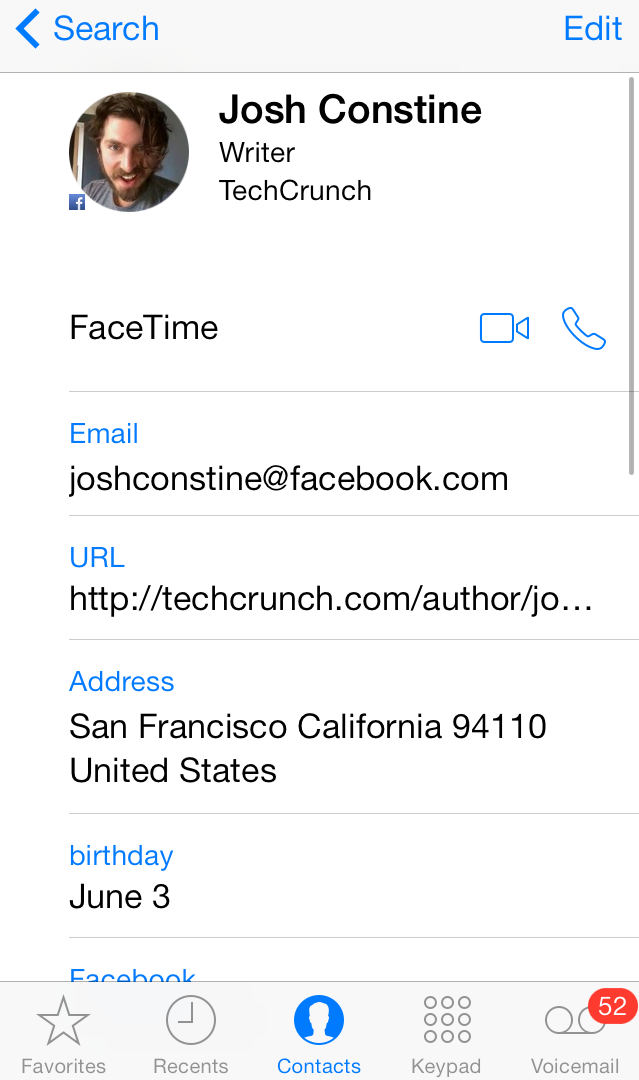 So today the company began digging a grave for @facebook.com email addresses. In a statement to TechCrunch, the company said: “We’re making this change because most people haven’t been using their Facebook email address, and we can focus on improving our mobile messaging experience for everyone.” Anyone who did use them will get messages sent to their Facebook addresses forwarded to their primary email account instead of their Facebook Messages inbox.

People will be able to dig into their settings and disable this forwarding. But if you don’t, anyone will be able to get your Facebook username by finding your profile’s URL and sticking it in front of @facebook.com to be able to hit your real email address with a message. Facebook confirms it won’t forward blatant spam, but pings from strangers that would have been hidden in the “Other Inbox” of your Facebook Messages will get shot to your real email like that person knows you. Ugh.

Yet we still won’t be able to escape the death-stench of Facebook’s defunct attempt to conquer email. Facebook tells me it won’t be changing any visibility settings in your profile or re-syncing with iOS contacts. That means your real personal email address is probably still hidden from the friends you once explicitly said could see it. And your iOS contact book will be full of synced Facebook profiles and @facebook.com addresses that people might disavow, instead of their real email addresses.

Hopefully this whole crap carnival will discourage Facebook from making more prohibited changes to our profiles…or those of users of its acquisitions like WhatsApp. Facebook was just trying to make it so our personal emails weren’t drowned out by bills, receipts, and marketing spam. But it crossed the line, abused its power, and our contact books bear the scar.