Providence, R.I.-based Teespring, a Y Combinator-backed startup that allows anyone to outsource the production and distribution costs involved with selling their own custom T-shirts, has raised $20 million in new funding in a round entirely led by Andreessen Horowitz. The funding, which closed around a month ago, will also see the firm’s Lars Dalgaard joining Teespring’s board.

First launched in 2012 by Brown grads Walker Williams and Evan Stites-Clayton, the idea for Teespring originally came about after Williams tried to save a local bar from shutting down by selling a “save the bar” custom T-shirt. He threw together a website to help with the effort, and soon became inundated with emails from other organizations who asked if he could build something like that for them, too.

Recalls Williams, “I didn’t know entirely what it was at that time, or why it was that people were emailing me, but now I understand,” he says. “It’s about this evolution of e-commerce – to eliminate all of those barriers to entry that have kept people away from bringing their ideas to life.”

That core idea is still embodied by Teespring today, he adds. The company aims to offer a so-called “frictionless” selling experience by handling things like production, distribution and customer service. “Our goal is to boil down selling to its most basic elements: great ideas and the people who will support them,” Williams says.

Currently, Teespring is used by those who want to create and sell their own t-shirts or other apparel (like hoodies, for example) which the company’s network of screen printers then produces. Teespring works with just a small handful of U.S.-based printers, Williams notes, including those that are also used by brands whose apparel is sold by larger retailers today.

“We want people to have the exact same quality as a Nike or a Reebok,” he explains. 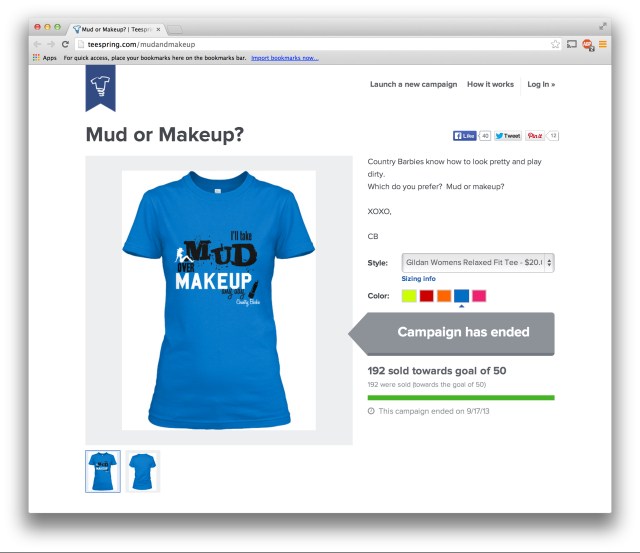 Longer-term, the company’s vision is to allow anyone to create their own brand using Teespring – including products that will eventually extend well beyond apparel.

It’s an idea that’s about flipping e-commerce on its head essentially. Instead of having products produced that end up as overstock sold at discount or in outlets, Teespring lets customers create a shirt, then crowdfund its way to production by setting a goal (similar to a site like Kickstarter), which would be the minimum number needed to get the items printed.

Today, there are hundreds of entrepreneurs using the site to make a living, but the company declined to detail the overall size of the customer base, only noting there are “thousands” of campaigns launched daily.

Asked what prompted the investment (which Andreessen Horowitz was hoping to keep under wraps indefinitely), Dalgaard explains: “Any consumer walking off the street can now make a brand happen – anyone who has an idea can literally start manufacturing,” he says.

And Dalgaard adds that he sees Teespring’s potential as something that could eventually compete with the Amazons and eBays of the world, too, not just because of this idea of how e-commerce should work, but because of what Teespring does on the backend to consolidate all the different parts of e-commerce – logistics, supply chain, production, distribution, service, etc. – into a single electronic interface. 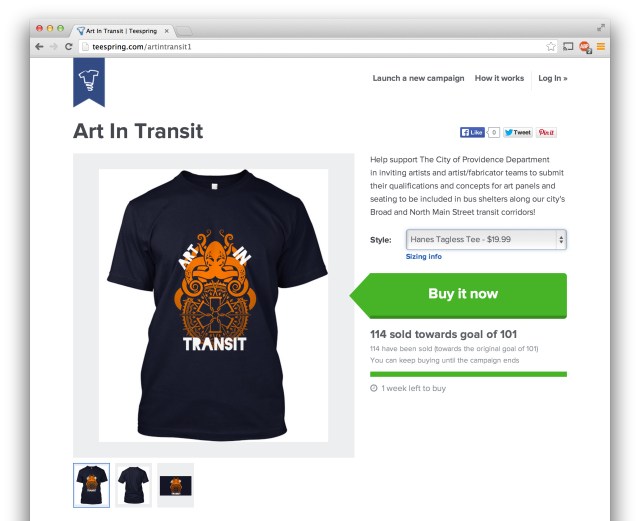 But despite his enthusiasm, the idea for custom-printed products crowdsourced their way into existence is far from a sure-fire success. Case in point – Teespring competitor Threadless just announced it had to lay off over a fourth of its staff in what founder and CEO Jake Nickell described as “one of the most difficult decisions in the 13 years since Threadless began.” The company reportedly had grown revenue to $30 million by 2012. Meanwhile, another competitor, CustomInk, is approaching $200 million in revenues, operating in a similar space as Teespring.

Williams declined to provide an update on Teespring’s revenue or growth, which would have been useful data points to put the new funding in context with the rest of the industry. However, back in October 2012, the company told us then they reached over half a million in sales following their April debut, and were quickly growing month-over-month. A later report from March 2013 said the company was seeing a 50 percent month-over-month growth rate, and had hit $750,000 in monthly revenue.

And by May 2013, the founders were telling The New York Times they had a larger goal than being a “$30-, $40-, $50 million business” – they were thinking more along the lines of becoming a billion-dollar company. Dalgaard thinks it can be bigger than that still. 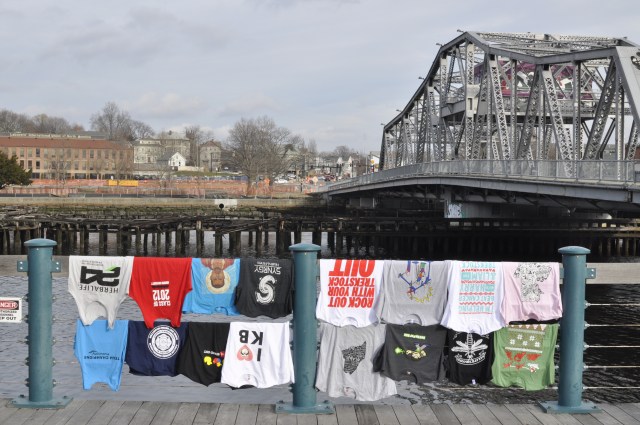 Notably, this is Dalgaard’s first investment with Andreessen Horowitz; he was previously founder and CEO at SuccessFactors. Now an a16z partner, he says he’s looking for bigger ideas that could completely transform the way the world works today, not those from entrepreneurs “trying to catch a wave.” The investment comes at a time when Andreessen Horowitz is doubling down on commerce and apparel, apparently, having just put $18.5 million into online fashion marketplace Twice, which also announced funding today.

As for Teespring, over the next year to 18 months, the plan is to grow the company, now a 70-person team working in both Providence and San Francisco, by adding more engineers, customer service reps, fulfillment personnel and more. Williams says the company will add new features to the service over the next year, including a way to become more “mobile-friendly” for sellers. He declined to discuss specifics around Teespring’s forthcoming plans, talking instead about the company’s high-level goals.

“In three years, two years, or whatever it might be, I hope we’re an underlying layer in all of e-commerce,” says Williams.