Here at CES 2014, Toshiba has just unveiled a new Chromebook, running Google’s Chrome OS on a 13.3-inch display for the first time, and priced below the $300 mark.

This is the company’s first step into Chrome territory, while competitors like Dell, Lenovo, HP, and Acer have been pumping out the light-as-air notebooks for a while now.

The Toshiba Chromebook is powered by an Intel Haswell chip, with a promised battery life of nine hours.

On the inside, alongside that Haswell processor, you’ll find 16GB of SSD storage, 2GB of RAM, as well as dual-band 802.11 a/b/g/n Wifi. And once you have Wifi on a Chromebook, the magic really begins.

These devices run on a Chrome OS, which is essentially a beefed up Chrome browser. This means that access to various applications and programs is limited to web apps.

However, Google is working to make the browser experience as complete as possible with the help of Google Apps and Gchat + Hangouts.

Toshiba’s Chromebook is available for $279 starting on February 16. 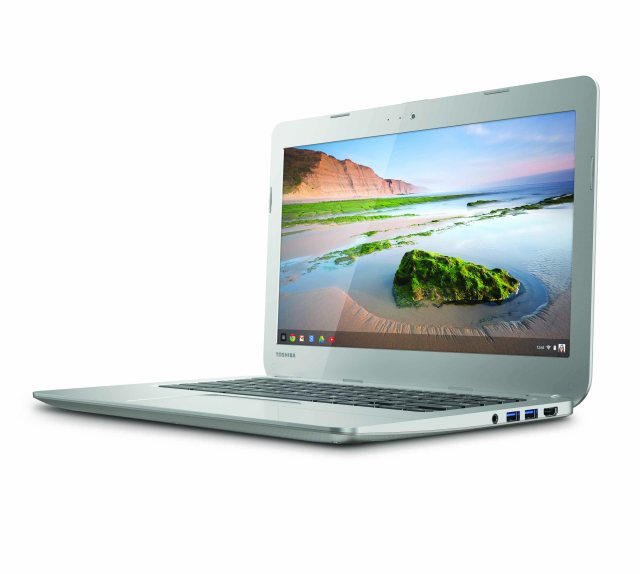