BlackBerry has today filed a lawsuit against startup Typo Keyboards, which is backed by Ryan Seacrest. The company alleges that Typo copied BlackBerry’s patented and “iconic” keyboard design. Updated with statement from Typo below.

“We are flattered by the desire to graft our keyboard onto other smartphones, but we will not tolerate such activity without fair compensation for using our intellectual property and our technological innovations,” Steve Zipperstein, BlackBerry’s General Counsel and Chief Legal Officer, said in a statement today.

Seacrest invested $1M in the accessory, which encloses an iPhone in a case with a keyboard attached to the bottom half. The keyboard covers the iPhone’s home button but offers an alternate home button on the bottom right corner.

BlackBerry says that the Typo Keyboard violates its intellectual property rights, and that it will protect those rights from “blatant copying and infringement.”

“BlackBerry’s iconic physical keyboard designs have been recognized by the press and the public as a significant market differentiator for its mobile handheld devices,” the statement concludes.

The design certainly bears  a strong resemblance to BlackBerry’s signature rounded-corner keys and sloped corner design — right down to the placement of the back and return buttons. But one does have to wonder how many ways you can arrange keys on a keyboard. 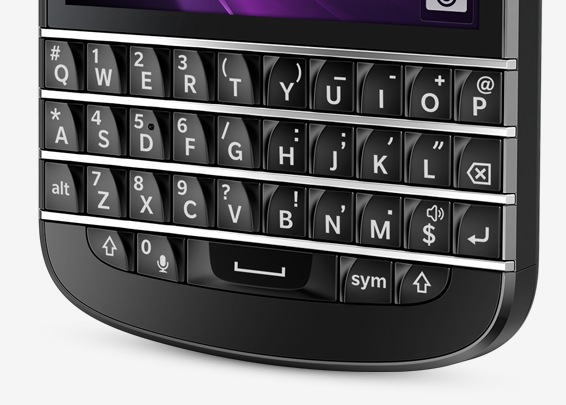 And here’s the Typo keyboard accessory: 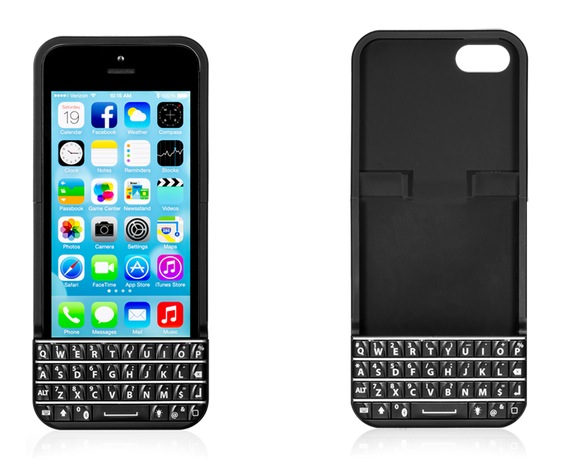 Either way, BlackBerry’s death rattle is unlikely to be slowed by its new strategy of ‘get money from Seacrest‘.

Update: Typo has issued a statement to TechCrunch:

We are aware of the lawsuit that Blackberry filed today against Typo Products. Although we respect Blackberry and its intellectual property, we believe that Blackberry’s claims against Typo lack merit and we intend to defend the case vigorously.  We are excited about our innovative keyboard design, which is the culmination of years of development and research.  The Typo keyboard has garnered an overwhelmingly positive response from the public.  We are also looking forward to our product launch at the Consumer Electronics Show in Las Vegas next week and remain on track to begin shipping pre-orders at the end of January.

Article title updated to clarify that BlackBerry is suing over design infringement, not features.