Evernote‘s CEO Phil Libin today disclosed some of the company’s latest revenue numbers at LeWeb in Paris. While it took Evernote about 16 months to get to the first $1 million in sales through its freemium model, he said, Evernote Business took five months and Evernote Market, which launched this September, took just a single month.

Right after the launch of the Market, which offers users everything from post-it notes to Evernote-branded socks and backpacks, the company started having a hard time keeping many items in stock, Libin said. To him, the market isn’t just a merchandising business, however, it’s a mainline product. The bestsellers in the store are backpacks, the Scansnap Evernote Scanner and the Jot Script Stylus. Together, they make up about 30% of Evernote Market sales and the marketplace itself is now responsible for 30% of Evernote’s monthly sales.

Before it launched, premium accounted for 89% and Evernote Business for 11% of its sales. Now they account for 61% and 9% of sales. 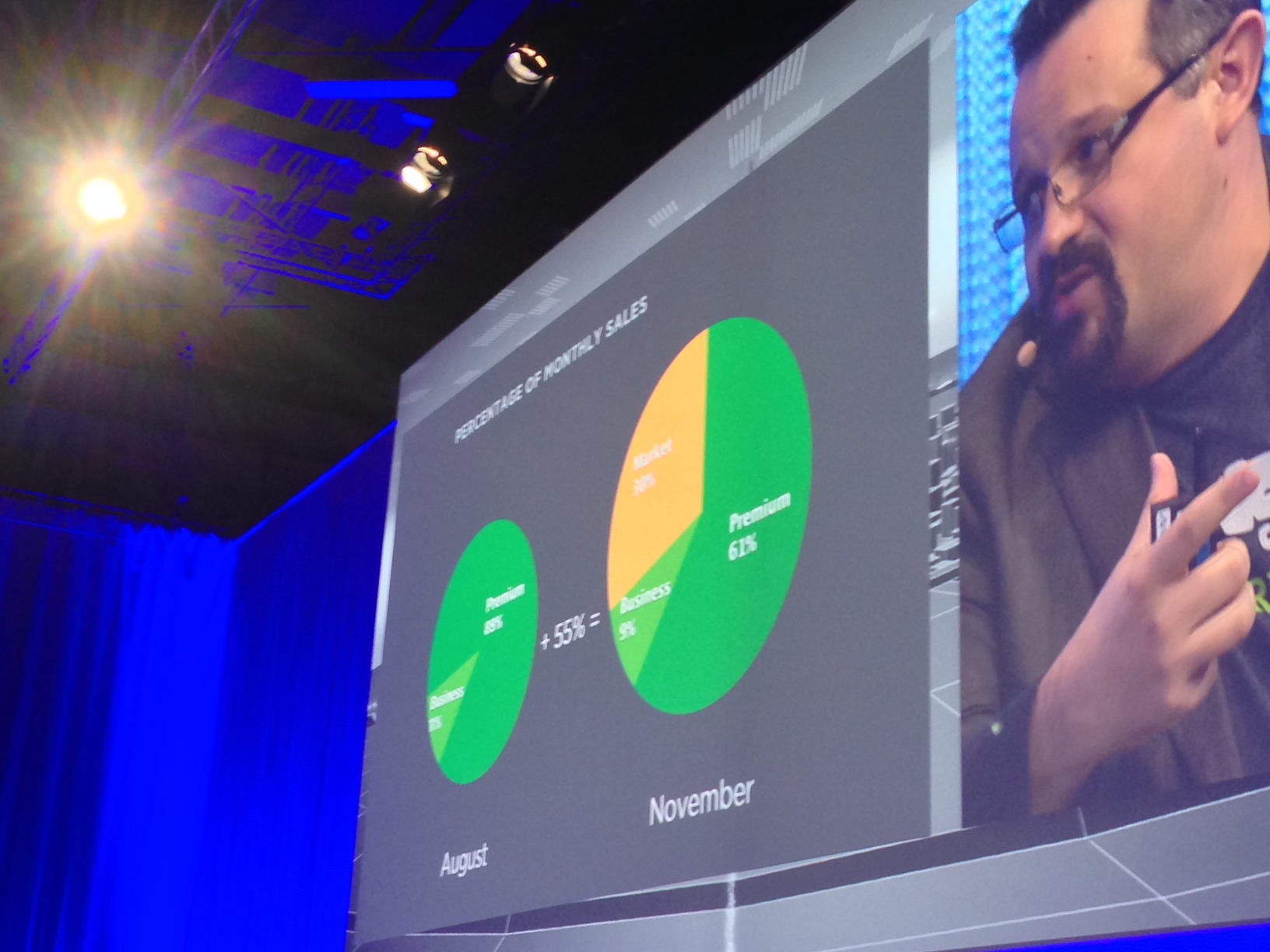 The idea here, he said, is that these different businesses are mutually reenforcing. Indeed, 11% of Market users are not actually Evernote users yet. Users simply refer their friends to the market so they, too, can buy an Evernote backpack. It’s also worth noting that 51% of Market sales for Evernote come from its free users (which make up the vast majority of its users). While the company’s investors often told Libin that having lots of users who used the free service for users without upgrading to the paid version, he believes that the Market now validates this model because these free users are now becoming some the company’s most valuable customers. 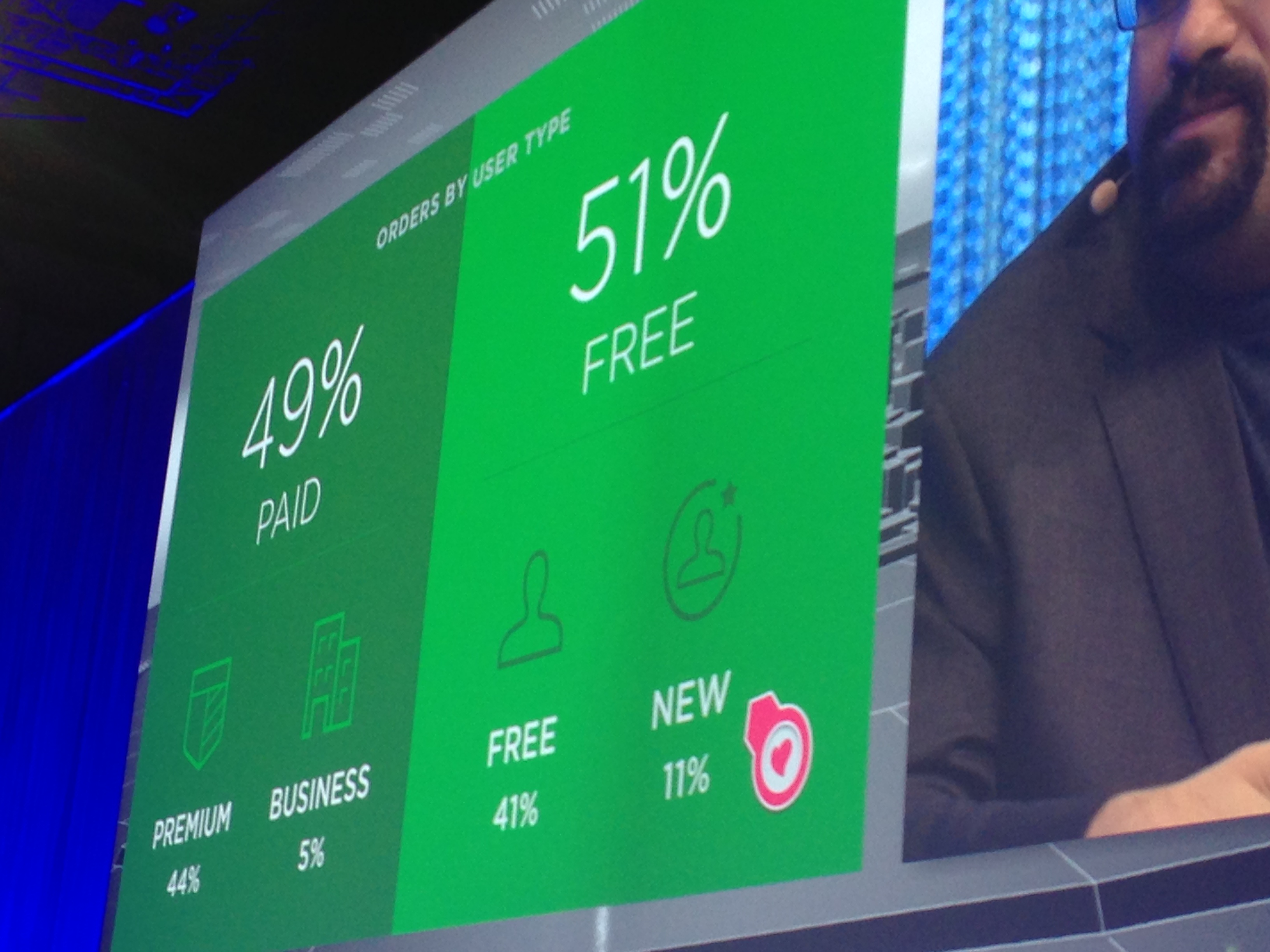 As for the regular talk about Evernote going public, Libin noted that he isn’t rushing towards this. He thinks it will be a few years before the company will IPO, but he believes that if people trust it to store all this information, they should also be able to own a piece of it, too.