Kids are in a petri dish, where their every social post can be scrutinized and used against them. That’s why disappearing media startup Snapchat is important, says its investor, Benchmark‘s Bill Gurley. Teens don’t want their daily lives permanently recorded. Gurley said at TechCrunch Disrupt Europe in Berlin that Snapchat board member Mitch Lasky’s kids tell him they view Facebook like adults view LinkedIn.

It’s the lack of this understanding that’s led many people to discount Snapchat and deride it as merely a sexting service. The app lets you send one or a few friends a photo or video that disappears within 10 seconds, making it great for sharing silly shots or a current window into your world.

Here’s the Benchmark team discussing Snapchat onstage (our apologies if the sound is a bit quiet). You can read about the rest of the talk here, where they discuss Benchmark’s strategy for adding value alongside their investments.

Gurley went deep to explain why ephemeral messaging is on the rise:

“For kids, the Internet is increasingly becoming a place that you can’t share, that you can’t have fun, that you can’t socialize in the way you want to. I think that’s really the essence of Snapchat. It’s a platform where they can communicate and have fun without any anxiety about the permanence. You hear about kids not getting jobs because of what’s on their Facebook page.”

If you’re an adult, you might not want to post your vacation photos to LinkedIn because it could make you look like a slacker. And that’s the way some kids feel about sharing photos on Facebook. They’d rather privately share photos that self-destruct so they don’t get judged.

Ephemerality Is Here To Stay

This overarching perspective of teens is key to understanding why Snapchat isn’t just a feature that Facebook can clone like it tried to with Poke. Its independence and the fact that the whole service is ephemeral is core to its success, and supports Spiegel’s decision to refuse acquisition offers from Facebook. 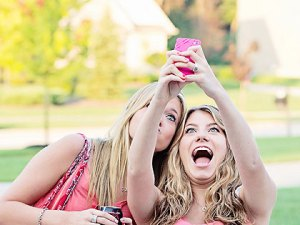 This is also why ephemeral technology isn’t just a fad. Permanent social networks will always have a place. They help us build an archive of knowledge and a record of our lives. But ephemeral messaging more accurately digitizes many of the ways we interact, like in-person conversation.

Snapchat, Twitter and Facebook as companies may not be around forever, but both the concepts of ephemeral and permanent sharing have a healthy future. And that understanding makes reports of Snapchat raising money at a ~$3.5 billion valuation seem a lot less crazy.

Who Will Be The First Snapchat Stories Celebrity?