A number of companies today are attempting to bring the photo album to the mobile era, often through apps which let you organize, then print and ship customizable photo books. The latest to attempt to break into this space is Palo Alto-based Kindred Prints, a mobile software company which offers photo printing apps for iPhone and Android.

The company was founded by Stanford grad students Alex Austin, Mike Molinet, and Mada Seghete just this June. Austin led development on three iPhone apps and has worked in startups before. Molinet has experience delivering consumer products to market, and Seghete was previously Director of Product for Yola.com. 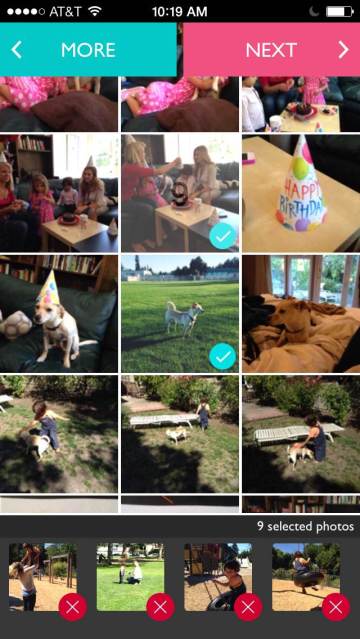 Says Austin, the team was inspired to create the Kindred app because they didn’t like sending impersonal emails with attached photos to family and friends. They wanted to offer a more personalized experience, but for “the price of a latte.” Today, Kindred Prints’ books are just $5.00 each.

That price point is what makes Kindred Prints compelling – it sounds almost unsustainably cheap. Other photo printing apps cost at least twice that, if not more. However, the trick is that the books aren’t just $5.00 – Kindred Prints is actually a subscription play. The company also charges users a small monthly fee of $4.95, which allows it to lower the price on each physical book that’s being sent out. If anything, this is about reducing the psychological barriers to entry that come from seeing prices like $10, $20 or even $30+ in other photo-printing apps. Five bucks feels doable, even if you’re technically paying more.

For those who prefer not to commit to the subscription, a one-time fee per photo book is $11.95, which represents the truer cost here.

As for the books themselves, they are soft-cover 20-page creations built using photos from your phone, Facebook or Instagram. The app can also automatically put together a booklet for you of your top recent photos on Instagram and Facebook. Though I don’t have one in my hands yet to speak directly about quality, from the description and photos, they don’t look much different from the other soft-covered books I’ve ordered over the years, generally speaking. 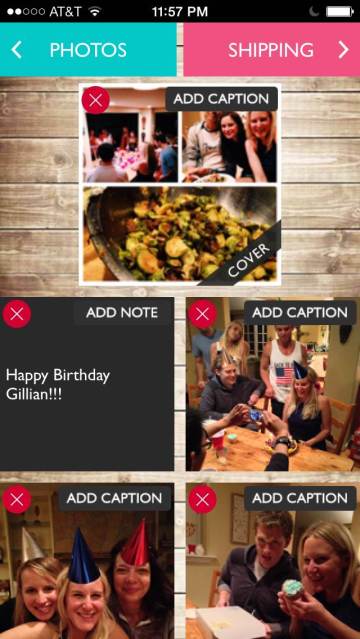 The app itself, though, is well-designed and easy to use. It’s fairly quick to get up and running and build your first book. Kindred Prints pulls in all the photos for you and you just tap through the ones you want before sending. There aren’t a ton of customizations to slow you down, but you can tap on individual photos to add notes, if you choose. Kindred Prints will also remind you monthly to send a book so your subscription doesn’t go to waste.

During a beta period and other testing, the company shipped 250 booklets. Now that the app is live, they have committed orders for at least 300 books over the next month so far.

Going forward, the team plans to open its API to the public so any website or app can integrate with its service, similar to how Sincerely works today. They’re also working on photo book automation tools that will build book using metadata. For example, the app could automatically build books or you and your friend just ahead of their birthday and alert you when the book is ready to ship.

The company is currently bootstrapped and hoping to fund growth off the subscription revenues, but they may consider a seed round at a later point.

Kindred Prints is available for iOS and Android here.