Vessel, a new A/B testing platform for iOS and Android apps, is launching its service out of closed beta today after testing it with 10 million users, including prominent clients such as RunKeeper and online radio service TuneIn. The service was founded by TuneIn’s former lead mobile engineer Koustubha Deshpande and former Pulse engineer Devendra Laulkar. It offers a number of unique features, including, for example, the ability to roll out the winning test to all of your users with just a few clicks.

Given the competition in the mobile apps market today, it’s no surprise that developers are hustling for every little bit of advantage they can get. Most of them, however, tend to focus on getting as many downloads as possible – and sometimes through shady tactics. Users, however, only give an app a few seconds to figure out if they want to use it and that’s where developers are losing their potential long-term users. 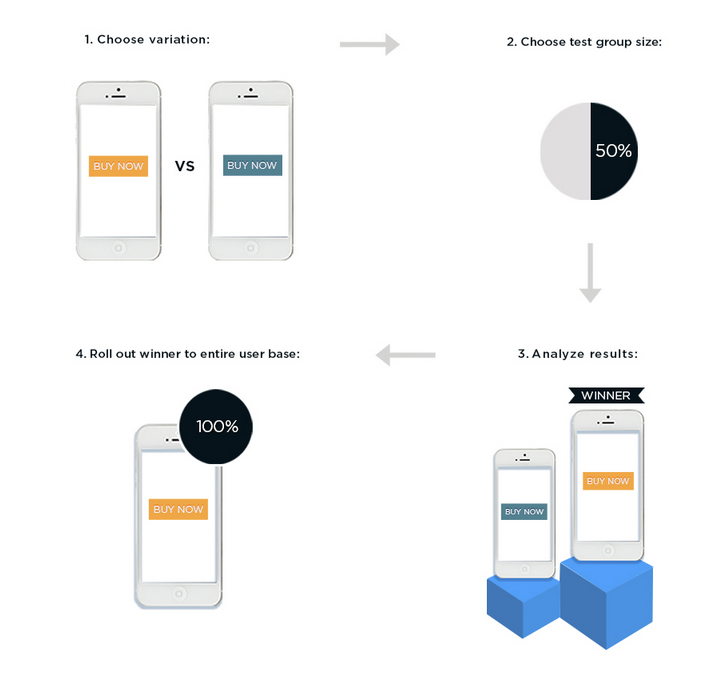 The Vessel team believes its ability to roll out the winning tests to users within seconds gives it a leg up in a market that has seen quite a few new players lately (though Deshpande argues that his company already grew larger during its beta period than most of its competitors). Vessel’s solution, he argues, also offers a far smaller SDK than other solutions and it’s infrastructure has already proven to be scalable, thanks to its work with very popular apps like TuneIn and RunKeeper. After testing the app in closed beta, Deshpande told me, the team has also managed to bring the service’s response time down to just a few microseconds.

Another feature Deshpande stressed when I talked to him is the ability to easily stop tests at any time and target users based on their operating system, location and other factors. The service’s analytics track data like user engagement, funnels and the number of returning users. 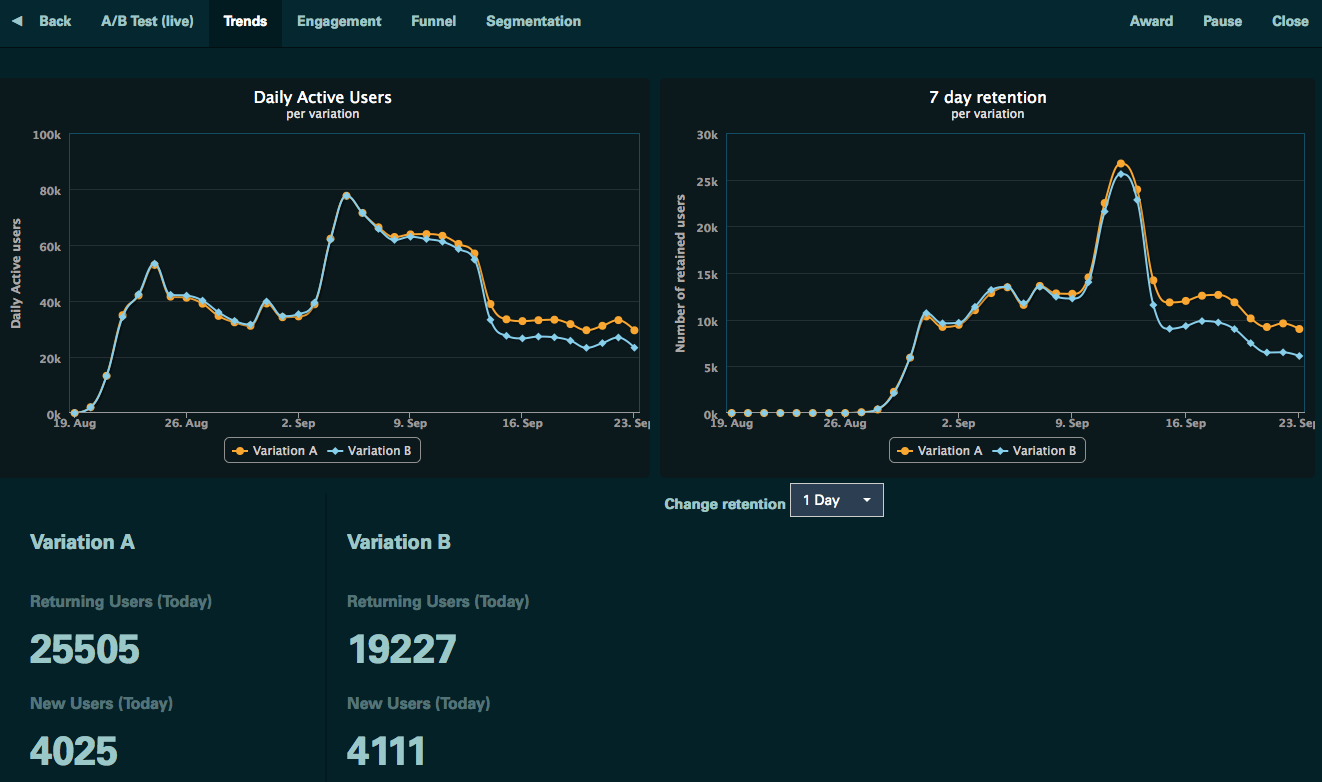 Looking ahead, Vessel plans to expand its solution to PhoneGap apps and games that use Unity’s 3D engine. As Deshpande noted, though, Vessel managed to grow as quickly as it did because it released a minimal viable product early and then learned about its users’ needs and implemented the tools they needed. The team plans to continue doing this as the service matures.

Vessel is currently in the middle of fundraising. The company previously raised angel funding from a number of TuneIn, Y Combinator, Hattery and Google alums.

The service currently offers a pretty generous free plan for new users and then works with them directly in hopes of upgrading them to the company’s paid plans, which start at $150 per month and include longer data-retention times, online training and email support. 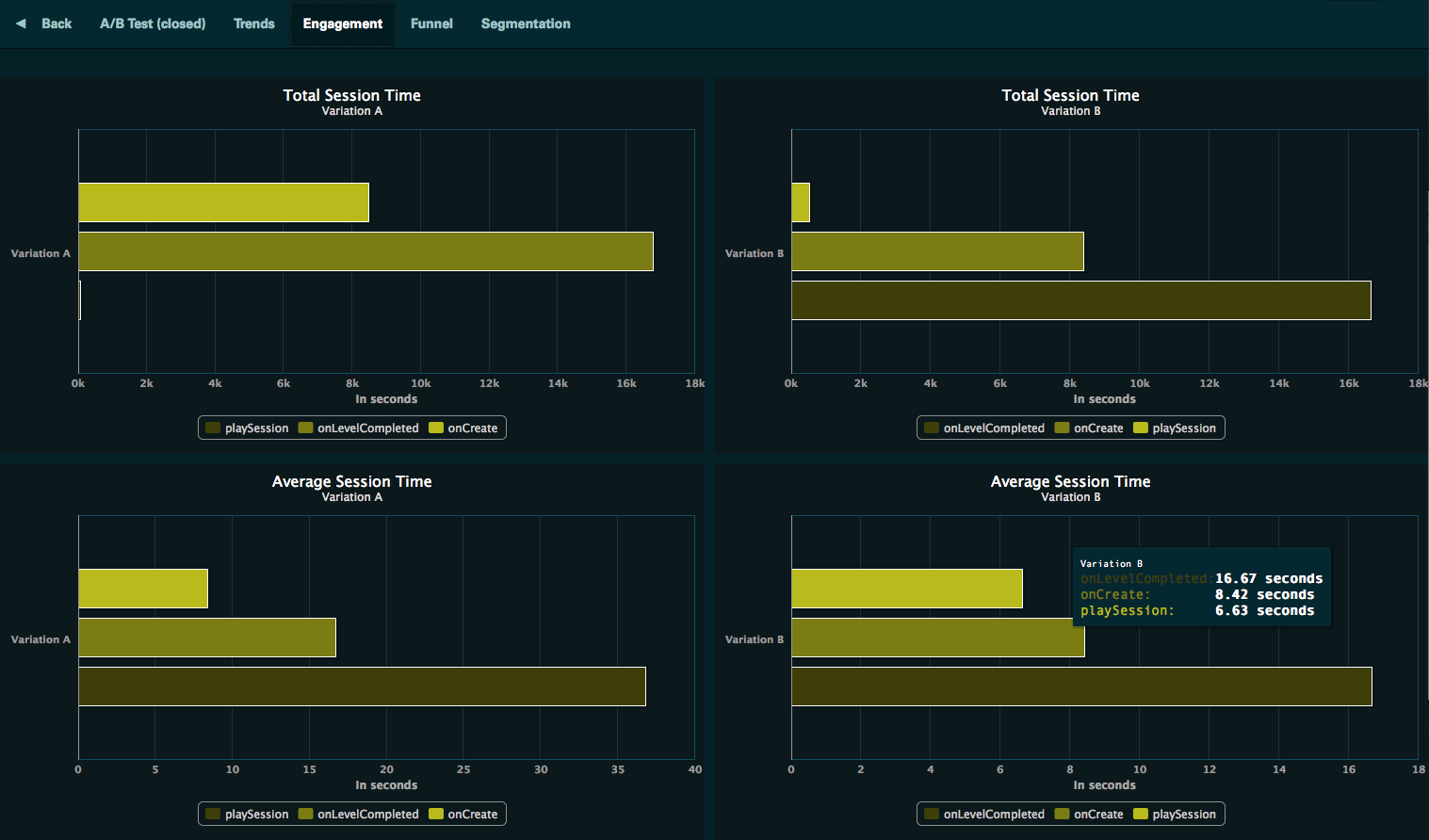