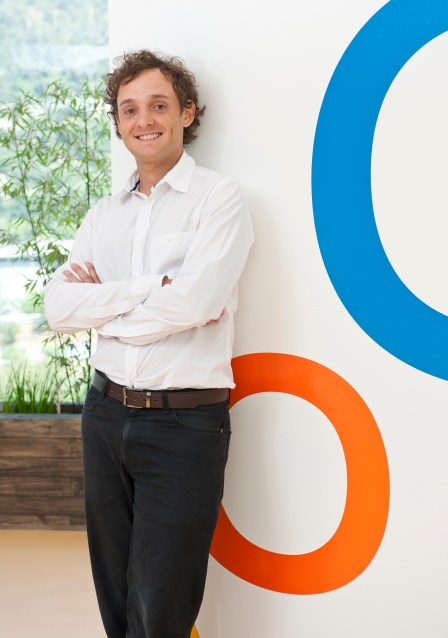 Editor’s note: Julie Ruvolo is a freelance writer and editor of RioChromatic.com. You can follow her on Twitter @jruv.

Think about that pure, unbridled feeling when you knew you wanted to be an entrepreneur. Now think about the most unsexy business you could possibly start. Did you think of an insurance product and financial services aggregator? Did that get you excited?

Sebastián Valin Acuña is living out the kind of quintessential entrepreneur’s path that should make Silicon Valley veterans wax nostalgic for the days when it was all nerds in hoodies, alone in a garage in the suburbs somewhere, living off a can of beans and a burning idea to build the next Friendster.

Our hero’s journey starts in 2008, when Valin graduated with a civil engineering degree and plans to build big things. Then he got introspective, and decided he wanted to be an entrepreneur instead.

“In Chile in those days none of my friends were entrepreneurs, so it was a very strange thing for me to do, but that’s what I really wanted to do,” says Valin. “So I rented an office from my uncle, dressed like I was going to work, made a schedule, didn’t take any vacations — just to be self-assured that I was not going to be a failure.”

After a couple of months of working as an entrepreneur with nothing to do, Valin offered to help his little brother find car insurance for a Toyota Yaris he’d just purchased. He spent a week navigating what he describes as an excruciating and entirely offline process of calling an auto insurance broker, reading them his brother’s information, waiting for an email with a quote, and repeating the process with the next broker.

“And at the end of the week, I understood that it’s impossible to be smart about how you buy insurance.” 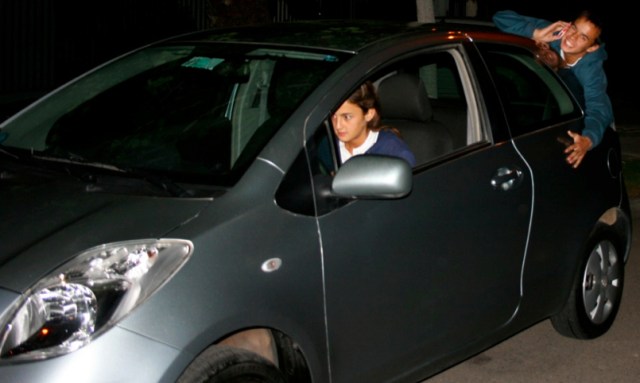 Valin imagined a website that would let you put your data in once, get all the quotes you need, and purchase a plan online. “For about a day I thought I had come up with a new idea, but I was happy to find the idea was not mine.”

Valin started researching insurance and financial services comparison websites in Europe, like the UK’s LSE-listed Moneysupermarket.com. He sent a few emails, got a few responses, and spent the last of his savings on a ticket to Europe to meet with a few of the companies and learn how the business worked. None of the ones he met with had immediate plans to move into the Latin American market.

Valin returned from the tour flush with plans to start ComparaOnline, an auto insurance price-comparison site that would service the Chilean market. He flew through D.C. on his return trip to catch up with a friend at Wharton, who advised him to buy a book called Successful Business Plans: Secrets & Strategies, by Rhonda Abrams. The Wharton friend later became his first angel investor.

Armed with a business plan that projected break-even by month 24, Valin raised a total of $800K from family members and friends with no expertise in technology or entrepreneurship, hired a team of 15, made deals with half of the car insurance companies in Chile, and launched what Valin says is Latin America’s first auto insurance price comparison website.

“But the business model I saw in the UK was a mess in Chile,” Valin says. “I started a copycat, but six months later, I realized it was a crappy business and we were headed for failure.” So he pivoted.

The auto insurance comparison sites in the UK, Valin explains, operate as a lead generation business, paying upwards of $20-$30 per qualified click from search leads, selling them to the insurance carriers, and taking a cut when the carriers convert the lead.

“But when people here in Chile are buying insurance, they absolutely want to talk to someone who can explain the product,” Valin says. “They want to have confidence they’re talking to a person they can trust. That’s a very Latin American cultural thing, I think.”

So he convinced his partners to let ComparaOnline do the work of the sales process, built a call center, and started operating as a digital broker.

By 2011, ComparaOnline was the top online insurance brokerage in Chile. And at month 24, the site broke even, just like the original business plan had called for.

Valin decided to raise capital to expand into other Latin American markets with the core product offering. “The products are very tailor-made, and there’s lots of knowledge required. So we decided to replicate the auto insurance business model abroad, versus expanding into additional markets in Chile.”

Valin closed a Series A with Kaszek Ventures in Buenos Aires, which had brought the startup’s funding to $5 million. Kaszek Ventures is run by MercadoLibre veterans Nicolas Szekasy and Hernan Kazah. MercadoLibre is one of the blazing success stories of the Latin American startup industry after going public in 2007. ComparaOnline is their first investment in a Chilean startup, and Szekasy sits on the board.

But Valin needed more money than he’d anticipated for the international expansion, so he announced an $11 million Series B on September 4.

This time Ribbit Capital, a venture fund in Palo Alto dedicated exclusively to financial businesses, led the round, with founder Micky Malta joining the board. Kaszek Ventures re-upped for the Series B, and Rise Capital, an emerging market fund led by Tiger Capital veteran Nazar Yasin, joined late in the negotiations to finish out the round. 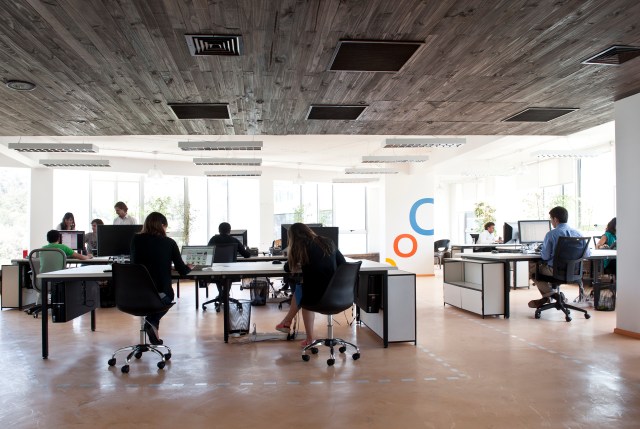 Valin also carved some room out for Endeavor Catalyst, a passive co-investment arm of Endeavor Global. “I’m an Endeavor entrepreneur, and giving them a little ticket in this round is kind of a way to give them thanks for all they’ve done for us, because they’re always helping us without taking anything back.”

Valin has now set his sights on expanding into the Brazilian and Colombian markets. In Brazil, he faces a self-described nightmare.

“When Groupon started in Latin America, everyone was building a Groupon in Brazil, and I think the situation in Brazil is similar for financial services,” Valin explains. The competition includes comparison websites Minuto Seguros, Escolher Seguro, Sossego, Bidu — startup backed by Monashees Capital — and newcomer Segurar.com.

“But we knew that before we entered the market and decided to go with it, because we believe there are some things about ComparaOnline that will make us lead.” In addition to ComparaOnline’s agnosticism — they don’t favor any carrier or plan over another, and are quite clear about that in the site’s messaging — Valin points to ComparaOnline’s customer experience and operations processes.

“If you submit a quote to our sit and, for example, Minuto Seguros, you’ll get a sales call from either company, but ours is instant. Another difference is the product our sales rep is using on their computer. Our CRM is proprietary; we’ve been building it for four years, and I think it’s our Coca-Cola secret. And it shows in the conversion rates.”

He’ll need it to catch up with Segurar.com, which offers more products than any of the competition in Brazil. They sell auto insurance, travel insurance, life, accidental death, homeowner’s, pet insurance and a dozen other products, with plans to bring another half-dozen products online in 2013, and they’ve done it with just over $3 million in investment capital.

Segurar.com, a startup with and a deep bench of advisers and founders (including Tommy Mottola!) also wins the award for the best branding — a cursory look at the competition will impel you to agree — and they’ve invested the lion’s share of their spent capital to develop it.

Segurar and ComparaOnline are both going after a ballooning demographic of young Brazilians who have money to spend and want to spend it online.

Fifty million people moved from Brazil’s lowest “D” and “E” classes to the “C” middle class in the last decade. More than half of Brazil’s population is now considered middle class. And with 94 million people online, about half the population, Brazil represents the seventh largest Internet market in the world. (Brazilians also apparently have the most online friends [481] than anywhere in the world.)

Brazilians use the Internet more than TV, print, or any other medium, and Internet users spend about 46 hours a month online, almost double the global average. About a third of Brazil’s wired population has made a purchase online, contributing to almost $19 billion in online sales in 2012, with estimates that number will almost double by 2015. And a 2011 survey by eCMetrics said that almost all of them (81 percent) use the Internet for price-comparison research.

Cross those stats with some information about the insurance market. Most Brazilians don’t have any kind of insurance, but the market is expected to double in size by 2020.

In Brazil, insurance carriers cannot sell directly to the consumer. They require a broker to sit between the insurance carrier and the consumer. So in the case of auto insurance, for example, you have an army of individual brokers, operating on a largely local basis (think State Farm agents), and charging a cozy average of 23 percent commission.

Segurar.com, by contrast, charges 10-12 percent commission. Valin would not reveal ComparaOnline’s take but said that it varies per product, and is always cheaper than traditional brokers.

A note on the upsell. Individual auto insurance brokers are not particularly interested in selling other insurance products — who would bother with a $10 commission on pet insurance — leaving a whole lot of products on the table that comparison sites can bring to the market with the wonderful efficiencies of the Internet.

Which means that if you’re living in a peripheral area of Brazil, or want to buy something other than auto insurance, or want to buy insurance outside of normal business hours, or just want to see who’s selling the cheapest plan, you make up an unattended segment of the consumer population.

And that is what I would call a sexy market opportunity. Bring on the competition. 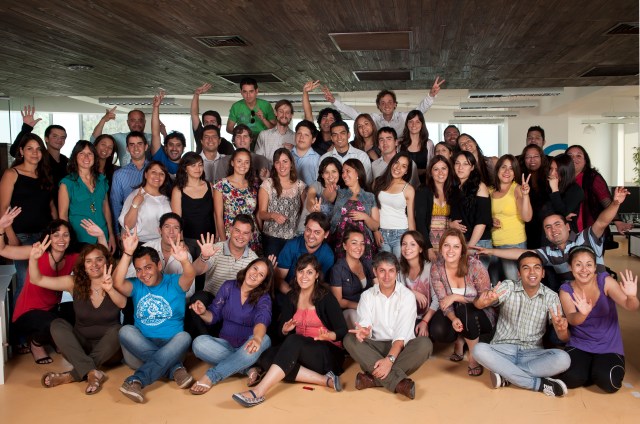 The ComparaOnline team in Santiago, Chile