In conjunction with the announcement of two new models of iPhone today, Apple has also made several adjustments to its AppleCare+ coverage. First of all, it has raised the service fees for accidental damage from $49 to $79 each visit.

The plan remains $99 for two additional years of coverage, but the fees each time you bring it in for ‘accidental damage’ incidents have gone up $30. 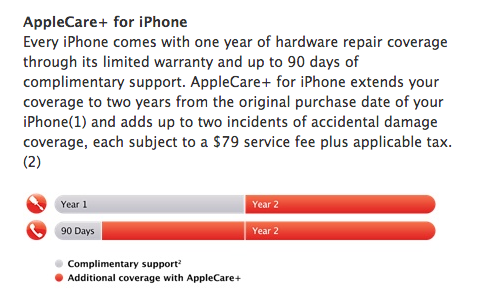 Other changes to AppleCare+ for iPhones include the dropping of EarPods from coverage altogether. Apple has also expanded AppleCare to the UK, France and Italy, marking the first time that it’s being offered in those countries outside of the US.

For the first time ever, Apple will also offer AppleCare+ coverage for iPod touch and iPod Classic models. The incident fees for this plan are $29 and the plans themselves run $59. 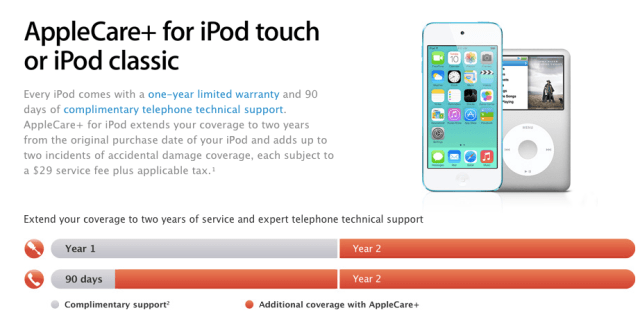