Catch.com (formerly known as Snaptic) is shutting down its Evernote competitor, called Catch Notes, which allowed users to capture and save notes on iOS and Android, as well as on the web through browser extensions for Chrome, Firefox and IE, and even via email.

The company announced the closure in a message posted to its website and in an email sent to former Catch.com users yesterday (see below) which explains that the service is closing August 30. Users have until then to export their data from Catch.com via this provided export tool. The tool produces either a CSV or ZIP archive of your data, which can be imported into OneNote, Springpad or Simplenote, per Catch’s further instructions.

The startup, which had previously raised $9.3 million in seed and Series A funding led by Boston-based Excel Venture Management, hints in its announcement that the team is now taking the company in “a different direction” following the Catch.com closure, but didn’t provide any other details about what their plans are at this time.

It’s unclear what will become of Catch’s other applications, like AK Notepad and Compass, following the news of the Catch shutdown, as the company has not yet responded to our requests for more information.

While it’s odd that no mention was made of those applications in the brief announcement, the timing of the news is odder still, given that only a month ago, the company announced the debut of a business-level collaboration service called Catch Team. Interestingly enough, that product’s homepage is still live today instead of redirecting to the notice about the Catch shutdown. That could indicate that this is indeed the new direction the company has chosen to pursue. Unlike the personal note-taking service, the Team product is focused more on project management and offers enterprise-level features.

The company’s consumer-facing mobile apps were fairly popular in months past. For example, the Android application had reached somewhere between 5 million and 10 million installs, according to Google Play, where more limited competition had allowed the app’s solid design to stand out a bit more than on iOS. Users there are already lamenting the loss, begging Catch.com to reconsider, or release a paid version. 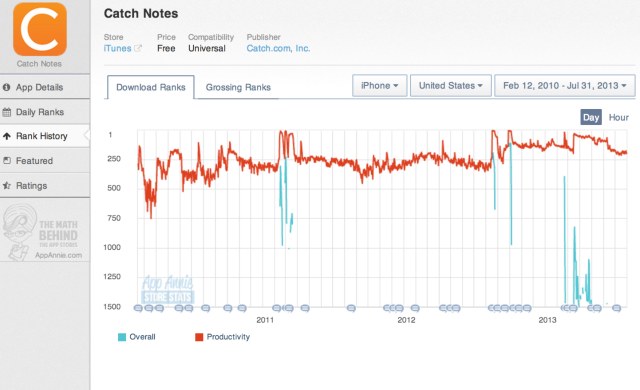 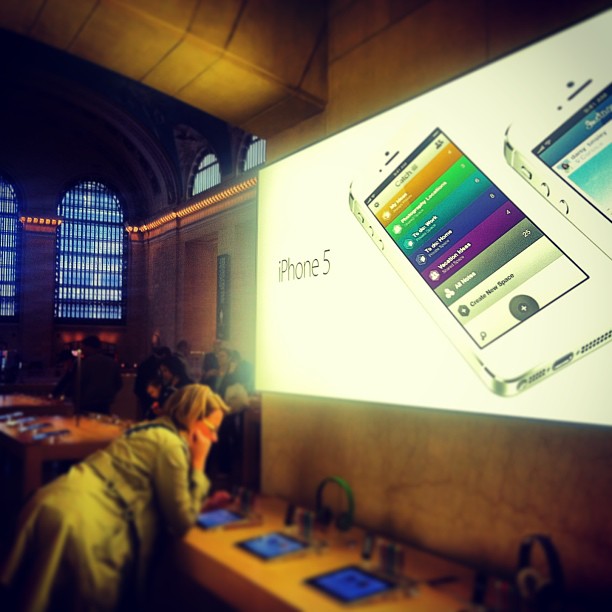 In past years, many news outlets and reviewers had listed Catch’s app as a “top” productivity tool for mobile. And, as a TechCrunch reader just pointed out, the app also benefitted from promotions in Apple’s own retail stores, as well as being featured on the Apple.com homepage.

But Evernote has long since surpassed Catch as the preferred note-taking tool for PC, web and mobile, with native applications for desktop, phones and tablets, as well as a standalone web app. (Oh, and some $251 million in outside funding, too.)

We’ve reached out to Catch.com to see if its founders can share any more details on how they came to this decision, or what the company’s future plans now involve. We’ve yet to hear back but will update with details following that conversation if and when it occurs. In the meantime, Catch’s current users should proceed to grab their data from the service before it’s too late.

Below, the full announcement:

Catch has made the difficult decision to take the company in a different direction. As such, we will be terminating service next month. We value our users and have greatly enjoyed providing Catch to millions of people over the last several years, but it is time for us to move on.

Catch will no longer be available after 30 August 2013. Please follow these directions to download your data before this time.

We thank you for your support. If you have any questions or concerns, please email us at support@catch.com. We apologize if we are not able to respond to all emails.