Microsoft had a pretty bad week. The software giant announced disastrous earnings, which prompted its stock to tank more than 11 percent the next day. One reason for the bad quarter was the $900 million charge it took against “Surface RT” inventory adjustments, but even without this writedown, its quarter still would have been pretty bad. If the earnings show one thing, it’s that outside of its business and enterprise offerings (which delivered relatively good results), Microsoft just doesn’t have any products right now that consumers want to buy.

What happened to the company that not too long ago launched Windows 7, a product that many thought was Microsoft’s best operating system yet? At some point in the last few years, Microsoft decided that its consumer products had to be “touch first.” 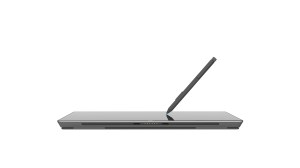 The first time Microsoft really stressed this was when it showed the first preview of Windows 8 two years ago at the D9 conference. “A Windows 8-based PC is really a new kind of device, one that scales from touch-only small screens through to large screens, with or without a keyboard and mouse,” Julie Larson-Green, then Microsoft’s corporate VP for Windows Experience, wrote at the time.

Since then, Microsoft has been hoping for consumers to buy laptops with touchscreen — maybe even hybrid laptop/tablet computers like the Lenovo Yoga instead of a tablet. Problem is, people aren’t really interested in these machines. Machines like the Yoga don’t, as Lenovo would like you to believe, combine “the intuitive touch experience of a tablet” to give you “the ultimate in versatility.” Instead, they are laptops (and often pretty good ones) that are held back by Microsoft’s Windows 8 touch interface that most users simply don’t care for. 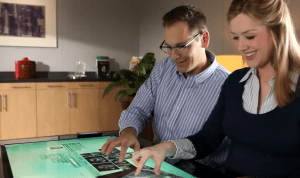 At some point in the past, Microsoft must have looked at the success of the iPhone and Android phones and to keep up with the times, somebody in the company made the prediction that going forward, all of our devices would soon be touch and Microsoft went all in with this idea. The company had previously toyed with touch, but now, it was going to bet its future — and that of its OEM partners — on it.

The Surface RT is an ill-conceived device that confuses users, but Microsoft’s problem is that it believed users would soon be clamoring to touch their screens. If you’ve ever used a touchscreen-enabled laptop or maybe a Chromebook Pixel, chances are you barely ever touch your screen. There are some situations where large touchscreens make sense (and last year, Microsoft bought Perceptive Pixel for those occasions where you need a really big touchscreen), but in most cases, it’s just awkward and ultimately useless.

Microsoft, as a company, moves very slowly. Ballmer is trying to change this with the recent reorganization, but we won’t see the fruits of this for quite a while. Once Microsoft goes all in, it’s in for the long haul because it can’t correct its course fast enough. “Touch first” — which begat Windows 8 and the Surface — was the wrong move. That ship has sailed. The question now is how long it’ll take for Microsoft to get back on the right course.