Where is Twitter Music for Android? With today’s launch of Twitter’s new music discovery platform, the company has again made a move to sideline the install base of around half of the U.S.’s smartphone audience by failing to deliver a native application for users of non-Apple devices. It’s a strategy that still remains prevalent among tech companies today, both large and small. The companies’ reasons vary: for many smaller startups, there simply aren’t enough developers to build for iOS and Android simultaneously. Meanwhile for others, the iOS-first decision is more of a strategic play. 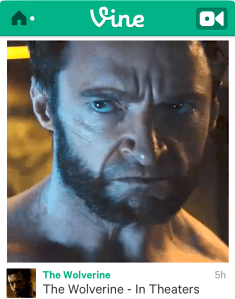 Twitter Music is now the second major new mobile application that Twitter has brought to Apple device owners first. The company previously launched its Vine video-sharing application as iOS-only in January, and it still remains exclusive to that platform today.

The interesting thing about Music’s launch – a move announced on ABC’s “Good Morning America” –  is that Twitter is attempting to reach a mainstream audience with the app. In the U.S., that audience is just as likely to be on Android as iOS – if not more so, in fact. Google’s Android platform now accounts for 51.7 percent of U.S. mobile subscribers, while Apple’s iOS reaches 38.9 percent. (Source: comScore.)

The Android platform is also now surging past iOS in terms of smartphone sales. This month, Kantar reported that in the first quarter of the year, Android’s percentage of U.S. smartphone sales was 51.2 percent to iOS’s 43.5 percent.

Then there’s the worldwide market to think of, which Android now dominates. 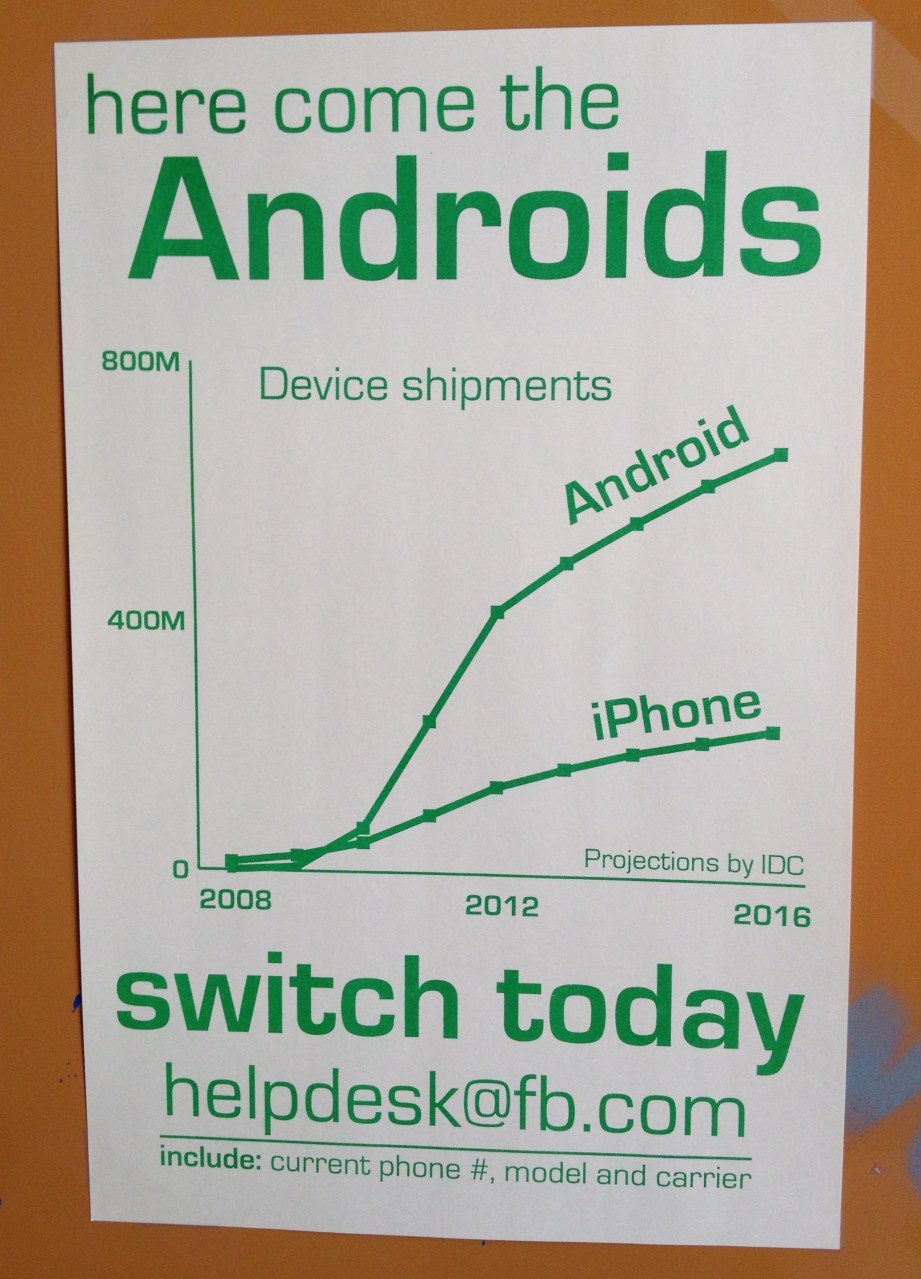 If there are simply more users on Android, and the platform is growing, does it not follow that app makers should start addressing that platform as more than an afterthought at some point?

Maybe not just yet.

Apple device owners tend to do more mobile web browsing, as has been widely known for awhile. But they’re also increasingly likely to stay with apps over time – reports have shown that iOS users are more loyal to the apps they download, for instance.

But perhaps most importantly is the fact that some number of Android owners aren’t downloading mobile applications at all. Google tacitly acknowledged this fact earlier this month, when it made a change to the way it measures Android version adoption on its Developers site. The company explained that, going forward, it would only show data reflecting those devices that had visited the Google Play Store.

Or in other words, there are enough Android devices out there which are not visiting the Google Play Store to affect the data that developers most care about – people who might download their apps.

This “Android engagement” conundrum has been discussed for many months now. A number of theories abound. Some believe there are quite a few Android owners who simply don’t use their phones like smartphones. IBM’s Black Friday 2012 data seems to back this up. These users are phone-first, and “smartphone” second. 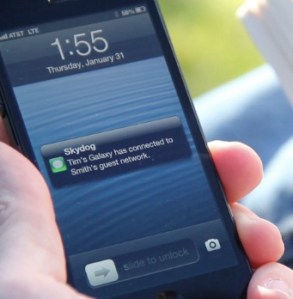 But Android’s install base and app-engagement patterns are far from being the only reasons for this ongoing trend of iOS-first on mobile. Ash Rust, a co-founder at the Y Combinator-backed VoIP and messaging startup SendHub, says his team made the iOS-first decision for other reasons.

In the San Francisco Bay Area, where many of these young companies like SendHub are based, a large number of the industry folks carry iPhones. “Up until recently, I rarely saw anything except iPhones in people’s hands,” says Rust. “That’s from our own team, other companies we’re friendly with, and friends and family,” he explains. “iOS was the best choice because we could readily get quick feedback from people we knew.”

That’s a problem that even a company the size of Facebook faces. It finally went so far as putting up posters begging employees to test Facebook on Android.

Rust also points out that iOS offers developers more revenue, too. The most recent data from app store analytics firm App Annie shows this to still be the case – as of last quarter, iOS apps earned developers nearly three times more revenue than those on Android. That’s a hard number for developers to ignore.

Elsewhere in San Francisco, Ajay Kamat, founder of an iPhone app called Wedding Party, agrees that his region heavily favors iPhone. “When we started, most people on our team were iOS users, so we understood the platform well as consumers,” he says. “There are simply more developers with iOS experience in the community,” Kamat adds, noting that developers with Android experience are “very hard to come by.”

At Ness, another West Coast-based, mobile-first (and currently mobile-only) startup, the company is even putting Android development not second but third – behind a mobile-optimized website. Co-founder and CEO Corey Reese admits that part of the reason for this is that the company doesn’t have a full-time Android developer on staff – well, at least, not yet. 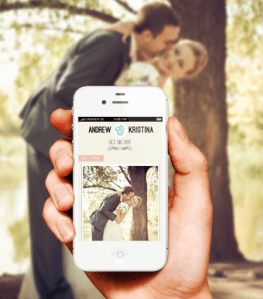 “I will say that amongst our engineering team, there’s a lot of interest in learning Android and experimenting with it – perhaps even more broadly than iOS when iOS was picking up steam,” he says. “A couple of years down the road, Android as a developer environment is going to be in a pretty strong place,” Reese predicts.

At 955 Dreams, makers of the popular Band of the Day iOS app, and more recently, event finder Applauze, the company’s iOS focus has also been, in part, because of their comfort and familiarity with developing on the iOS platform. “For us as a company, we’re still learning the core tenets of Android development and design. You can’t force these things,” proclaims CEO Kiran Bellubbi.

But he agrees that Android’s moment is coming, noting that it wasn’t until recently that the startup felt Android could offer its users a good experience. “Until Ice Cream Sandwich was released we couldn’t really use Android devices to do the kind of things that we needed to build Band of the Day or Applauze from an interaction design and execution point of view,” Bellubbi explains.

“Since Ice Cream Sandwich, the rate of improvement in the OS and in the associated devices has been fantastic and all serious developers will soon be considering both ecosystems at launch – if they are not doing it today, they will in the next year. This is inevitable,” he adds.

A number of high-profile apps have also made iOS their first home for new releases or major updates. In fact, that may have been to their advantage at times. For example, some believe that Instagram’s popularity, which led to its $1 billion acquisition by Facebook, had to do with its exclusive nature at first – you could only use Instagram on iPhone, that is. Today, nearly half of its 100 million users are on Android, however, which hints that everyone’s iOS-first strategy may have some faults; clearly, there is demand for quality apps among Android users. 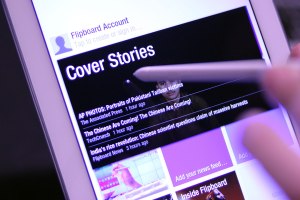 Mobile magazine Flipboard was another big-name brand to start on iOS, first targeting iPad for its magazine-like form factor. But when it came time to move to smartphones, the company chose to extend its Apple user base with an iPhone app, instead of addressing both top mobile platforms at the same time.

“iOS and Android each have different strengths which lend themselves to different things,” explains Flipboard co-founder Evan Doll of his company’s decision. “iOS devices are more predictable in terms of screen sizes and capabilities, which is helpful when you’re building new functionality. As these different platforms and their capabilities evolve, I expect there will be firsts for all of them,” he adds. 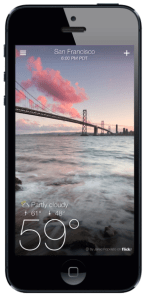 Yahoo has also focused on iOS more heavily with recent app launches, debuting the revamped flickr for iOS first, and today’s gorgeous Weather app is again iOS-only. Greg Kumparak, who reviewed the app for TechCrunch, suspects that with Weather, there may even be technical hurdles to delivering that same experience on Android. “There are just a few little things I haven’t seen done on Android before,” he notes, referring to several technical touches he spotted in the app.

These little flourishes matter to those who take design seriously, like 995 Dreams or Wedding Party, for instance. “iOS makes it simple to do certain types of transitions and animations compared to Android,” Kamat tells us.

As for Twitter? While the company won’t reveal its Android strategy beyond saying the platform will be addressed “in time,” it’s likely suffering from all the same issues affecting other startups, too: adoption and engagement trends among Android users; a need for more developers; technical and design challenges; and more.

Android has come a long way since its debut. It’s a solid and promising platform for running apps. It’s in the hands of a lot of people. It’s growing. Now it’s time for the companies who build apps to catch up.