Google Babel, the forthcoming unified messenger service from Google that’s all but confirmed thanks to a number of screenshots, bug reports, developer forum posts and more, is now being said to only include Google Talk, Google Hangouts and Messenger in its initial release. Google Voice integration, apparently, is on the back burner.

This is the latest from Android enthusiast site Droid-Life, which is reporting that Google Voice will eventually come to the platform, but not at launch. The service will include notification syncing across devices and platforms, which is similar to Apple’s iMessage in that it will work on desktop, tablet and phone, the report states citing undisclosed sources.

The site also claims to have gotten its fingers on a Google memo about Babel, which details the feature set, noting that it works on the desktop via a Chrome app, includes Google+ Hangouts, offers cross-platform notifications, includes over 800 emoji+, has the ability to go on or off record like in Google Chat, and will even involve an iOS native application.

This news follows earlier reports (which Droid-Life backs up in its post) from TechRadar. That site says that the name is in fact Babel and not “Babble,” per the original Geek.com leak. That’s something it learned from screenshots sent by an anonymous source. (See below) 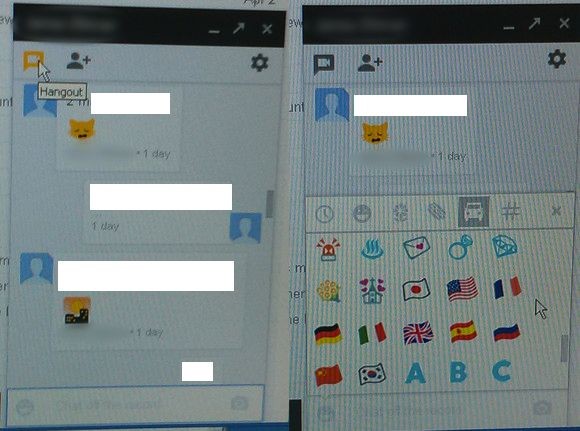 From TechCrunch’s own ex-Googler sources, we’ve confirmed this service is coming, and we’ve also been pointed to bug reports (not publicly accessible), which reference the name “Google Babel.”

Of course, this doesn’t mean Babel will be the commercial name for the product once it goes live, but it does confirm that it’s the name being used internally.

We were also pointed to this Google+ post, which reconfirms the name, again thanks to a bug report. The post reads:

And here we are – first sign of the Google Babel Android app!

So let’s keep an eye on this url https://play.google.com/store/apps/details?id=com.google.android.apps.babel 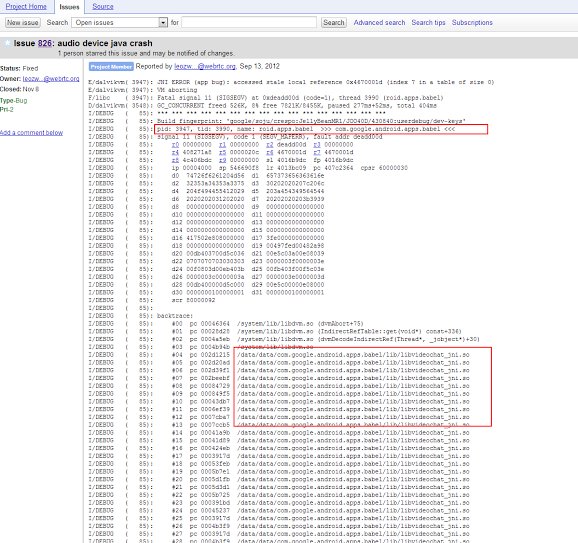 The name “Babel” has also been popping up in Gmail (source 1, source 2 – verified by AndroidPolice.com)

You can actually find information about Babel all over the web if you’re looking in the right spot. For example, a ton of bug reports discussed here, here, here, here and elsewhere on Google Groups refer to Babel by name. 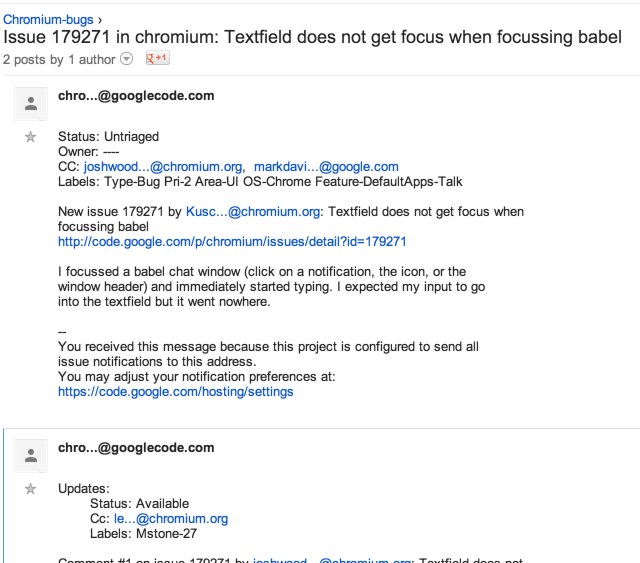 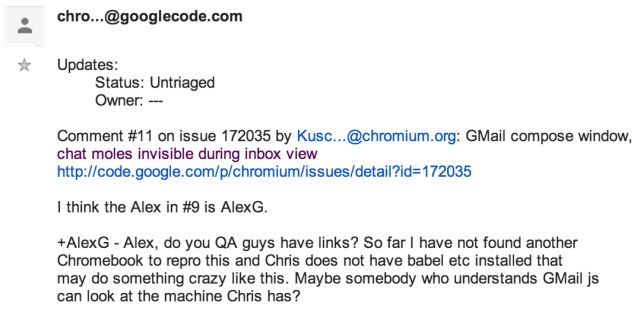 Gmail’s Google Groups page also has a post from a user who spotted Babel (which looks like the image that later made it to Google+): 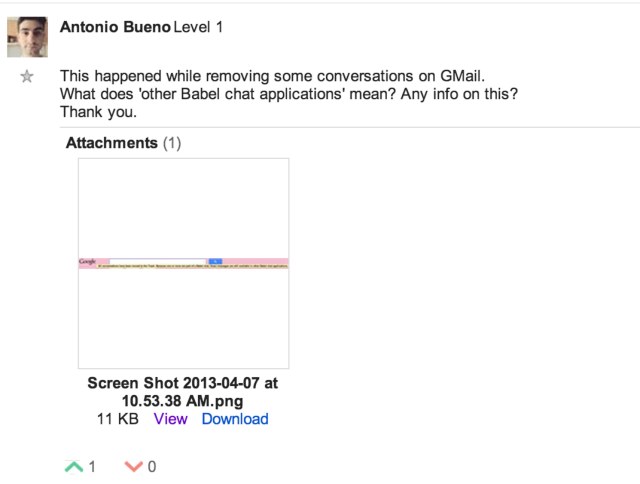 So while the above don’t confirm the final product name or launch date (probably Google I/O, though), it definitely looks like Babel is the real deal. Now, who wants to a leak an APK?