Viki, the video streaming site that has carved out a niche for itself as a destination for premium, subtitled, foreign language streamed video content — some 1.5 billion streams today, all translated by crowdsourcing — has renovated itself in a bid to scale up to improve its advertising-led business model. Today, it is unveiling a new site, including an improved video player and easier subtitling technology to “improve engagement and overall consumption,” in the words of its VP of engineering, Rohit Dewan, who notes that while the site is aiming for 100 million users, actual monthly uniques are closer to 22 million, with over 7 million on mobile.

It’s an interesting time to take a look at the company — backed by $24.3 million from the likes of Andreessen Horwitz, Greylock and Charles River Ventures — given the focus that over-the-top video streaming has at the moment. Yahoo is reportedly very close to announcing a deal to buy a majority stake in Dailymotion for a price of $200 million or more; Spotify might just be eyeing up a move into streaming video, and meanwhile competitor Rdio has launched Vdio. And that’s before looking at the growth of Amazon and Netflix in this area.

One of the big focuses for a site like Viki, created around long-tail content in partnership with premium content publishers worldwide, is to make it as easy as possible for users to move from one video to another. To that end, included in the update will be a better focus on recommendations. That includes a YouTube-style river of related content down the right side of the screen once you enter a video — frankly, surprising that Viki lacked that before — plus more sophisticated recommendations based on what you are actually viewing on the site. A “Netflix-style” engine, is how Dewan describes it.

But perhaps subtitling is where a site like Viki perhaps comes into its own to stand out from the likes of YouTube, DailyMotion and the others. It runs a patented platform that lets users collaborate on subtitles for the millions of pieces of content on the site. The focus of those translations tends to be the web’s lingua franca, English, but as you can see in the shots below Viki makes great use of the power of the web to provide a number of other languages — the Korean show below has translations in 27 languages, “all created for free by our users,” notes Dewan. “It’s astounding.”

The update, Dewan says, will improve the speed and accuracy of those crowdsourced translations, with the ability to do more segmented viewing and translating. But where Viki has yet to go — although we may see more of this on the horizon — are ways of testing the boundaries of how to subtitle and how to consume those other languages. For example, if the site has so many mobile users, you could see a time where it might look for a partnership with the likes of Nuance to power voice-to-speech translation. And since dubbing has such a strong following in some countries, some of those voice translations could even potentially be used in raw formats, without translation to text.

Dewan would not comment on whether Viki might explore these sorts of innovations down the line, but he did note that it is exploring a way of using Google Translate, or a variation thereof, to create instant translations, which could then be tailored and improved by users.

In a bid to spread its content elsewhere, Viki is also now on version four of its API. It’s already available as apps on iOS, Android, Kindle Fire, Samsung TV, BlackBerry and Nokia and around 10 other platforms.

Old and new comparisons below. 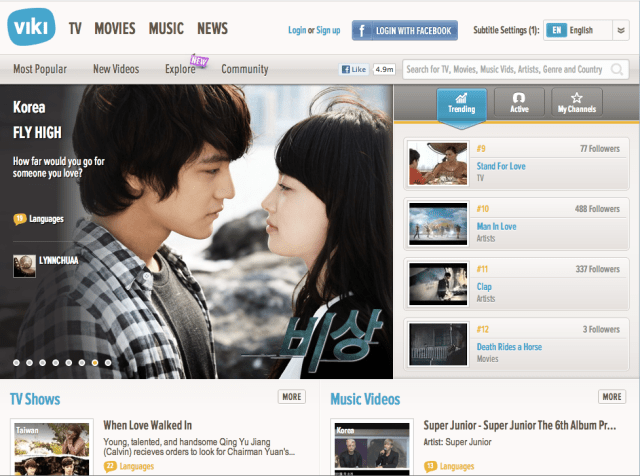 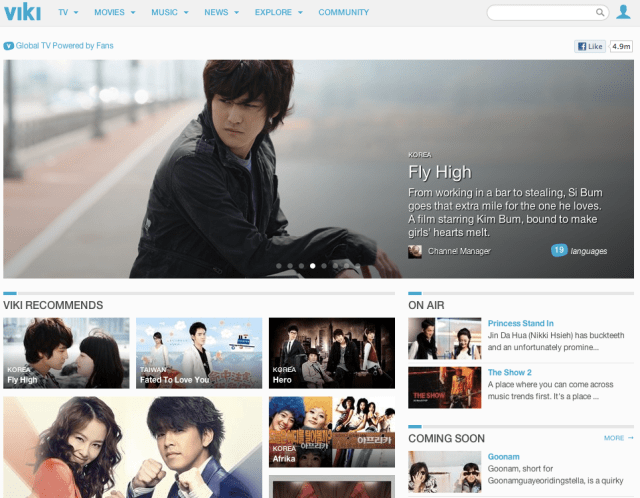