If you are still using Windows XP – or you know somebody who does – Microsoft would like you to remember that you only have 365 more days before the company will end all support for the operating system it launched in New York on October 25, 2001. Both Windows XP SP3 and Office 2003 will go out of support on April 8, 2014, and XP users will stop receiving any new security updates, hotfixes and support (free or paid) from Microsoft. Worldwide, just under 40 percent of all desktops and laptops still use XP today, according to the latest data from Net Applications’ NetMarketShare.

Microsoft already ended mainstream support for Windows XP back in April 2009, but continued to offer extended support for commercial customers and security updates for all customers.

After April 2014, Microsoft writes, using XP is an “at your own risk” situation for “any customers choosing not to migrate,” and migrating will likely become costlier the longer a business stays on XP. 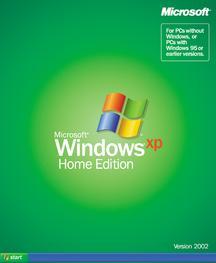 In its announcement today, Microsoft reminds the stragglers who still use XP that it takes the average enterprise 18 to 32 months to go “from business case through full deployment.” You’d think making a business case for moving to Windows 7 or 8 would be easy at this point (though Windows 8 is arguably a harder sell), but there are clearly still quite a few companies that haven’t made the move to a modern operating system yet. Of course, the fact that there is no direct upgrade path from XP to Windows 7 makes this move even harder for smaller businesses that don’t have technical support staff.

For Microsoft, of course, the end of Windows XP is also a chance to remind potential users of the “advantages” of Windows 8, which, the company writes “is the modern OS for modern businesses, building on Windows 7 fundamentals like speed, reliability and security, while creating a modern platform designed for a new generation of hardware options.” Windows 8 currently has a worldwide market share of just over 3 percent.

Microsoft, however, also acknowledges that for some businesses, “moving their full company to Windows 8 will be the best choice, and for others it may be migrating first to Windows 7. Still, for many, it will be deploying Windows 8 side-by-side with Windows 7 for key scenarios, such as Windows 8 tablets for mobile users.”

To get people to move to Windows 8, Microsoft is also offering a 15 percent discount on Windows 8 Pro and Office Standard 2013 until June 30.