A handful of cases seem to have leaked out for the forthcoming Galaxy S IV smartphone from Samsung. Since the phone has not yet been announced, we should approach each and every one of these cases with a hearty helping of salt. However, sometimes case makers get their hands on information we don’t quite have, such as dimensions, meaning their cases can shed some light on what’s coming next.

MobileFun claims to have snapped a few pictures of the cases, which are said to fit a 5-inch display.

As luck would have it, the Galaxy S IV is rumored to have a beautiful 5-inch display with a 440ppi, one of the highest pixel densities on the market. Along with the cases spotted at MobileFun, there are also dozens of cases for the Galaxy S IV on Alibaba.com.

Again, just because a case maker built a case, it doesn’t mean said case will fit the phone. It’s in case makers best interest to take the risk and build ahead of time, even if they aren’t sure, then to wait and be behind all the competition. Still, many of these cases look incredibly similar, in that the camera, flash and speaker placement seem to be the same across the whole lot of them. The cases also seem to suggest less curvature in the design, putting the Galaxy S IV appearance closer to the GSII than the GSIII.

We haven’t seen any leaked photos of the Galaxy S IV’s rear end, but we have seen a photo of the alleged handset which shows no home button.

Many of the cases seem to fit a home buttonless handset, but there are still a few cases out there that seem to be prepping for the existence of a home button.

This could be case makers’ confusion, but it’s not unreasonable to think that Samsung might be planning two versions of its forthcoming Galaxy S IV: a budget-friendly model and a high-end model.

As usual, we’ll have to wait until the phone is officially unveiled until we’ll no more. 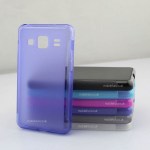 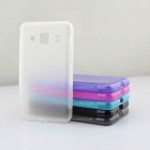 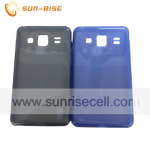