We’ve heard a lot about how massive open online courses like Udacity are disrupting the traditional world of higher education. Not too long ago, Learndot, which is officially launching today, wanted to be a part of this revolution, too. After beta testing their ideas for a P2P learning platform last year, however, the team decided that its service was better suited as a learning tool of corporate universities that need to train their employees.

Learndot was originally founded as Matygo after going through Vancouver’s GrowLab accelerator about three years ago. The service, which later came to rely heavily on Google Hangouts to enable its video-based learning platform, never quite took off. Matygo’s problem, as the company’s founder and CEO Paul Lambert told me last week, was that it never quite reached the scale where it could be profitable. The margins for the service were simply too small and finding teachers turned out to be quite difficult. After shuttering Matygo in 2011, the team went on a fact-finding mission to figure out what to do with the existing software and realized that its strength was in building the software, not in teaching. Armed with a better understanding of their strengths, the Matygo developers decided to go back to the drawing board and built Learndot as a B2B SAAS company to helps corporations train their employees. 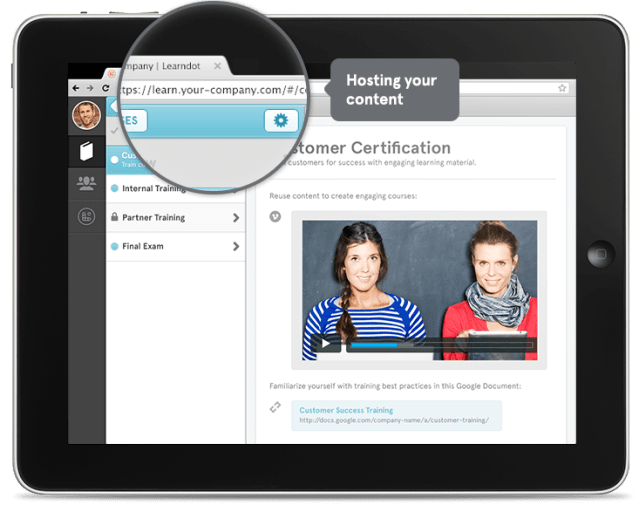 The existing legacy systems for this, Lambert argued when I talked to him, are often too hard to use. Learning management, he said, hasn’t changed much and because it’s not currently considered as “sexy as consumer education,” very few startups are working in this space. Interestingly, Lambert noted, corporate training departments are more open to trying innovative products than traditional colleges and school and because of this, Learndot is not currently focusing on the traditional education space (corporations, Lambert also noted, are willing to pay for a service like this while it’s much harder to monetize a P2P learning platform).

In the process of building the new app, the team decided to drop Google Hangout (which also made scaling harder for the company) and focus on real-time interactions through text instead. The focus now is on taking scalable content and bringing it to internal training sites as well as external sites for training customers (think HootSuite University). Learndot describes itself as “the world’s first corporate university platform.” “Our focus,” the company writes on its website, “is on delivering best-practice learning to any audience and understanding engagement, performance, and results.” 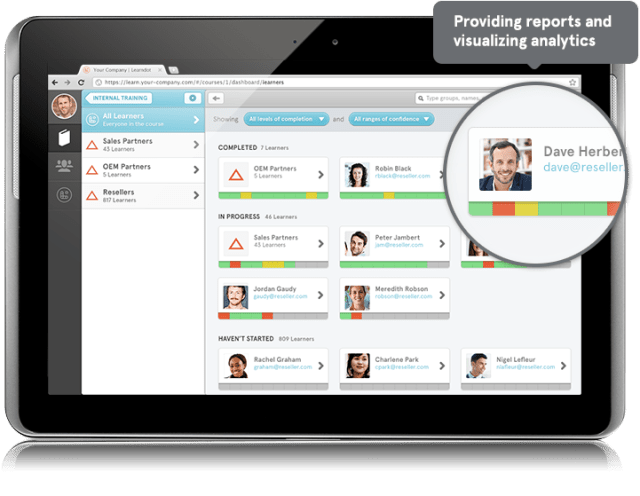