Opera just launched the latest version of its desktop browser. Version 12.10 brings the usual speed and technical improvements to the browser, including support for the SPDY protocol and the WebSocket API. But the company also acknowledges that today’s users “want more relevant content, faster, and preferably without having to check a bunch of websites to get your news, email or other site content.”

Also new for developers is support for a number of new APIs, including the Resource Loader API, the Context Menu API for extending the right-click menu and the increasingly popular WebSocket API. Opera now also supports ICC color profiles and color management. 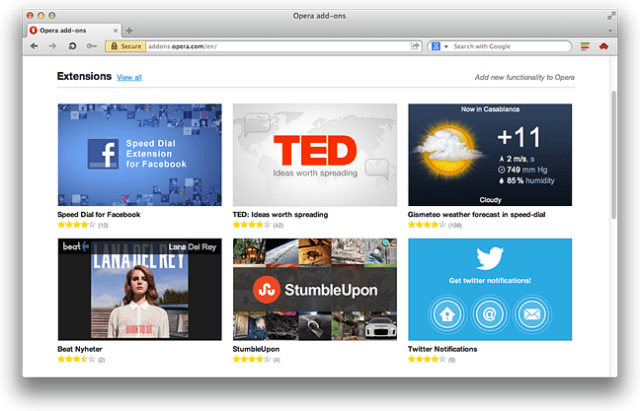 For users, some of the main enhancements are Retina support for Mac, as well as the ability to use OS X Mountain Lion’s Notification Center and built-in sharing functionality.

Opera on a Retina Display

If you already have a Windows 8 machine with a touch screen, Opera will now also allow you to use pinch-to-zoom in the Windows 8 classic/desktop mode. Earlier this year, Opera said it would look into developing a Metro version of its desktop browser, but the company hasn’t said much about it recently and made no mention of it in today’s announcement.

Opera 12.10 is now available for download for Mac, Windows, Linux and FreeBSD. 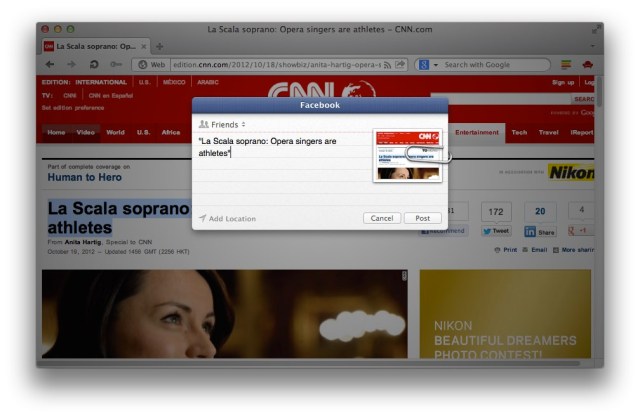