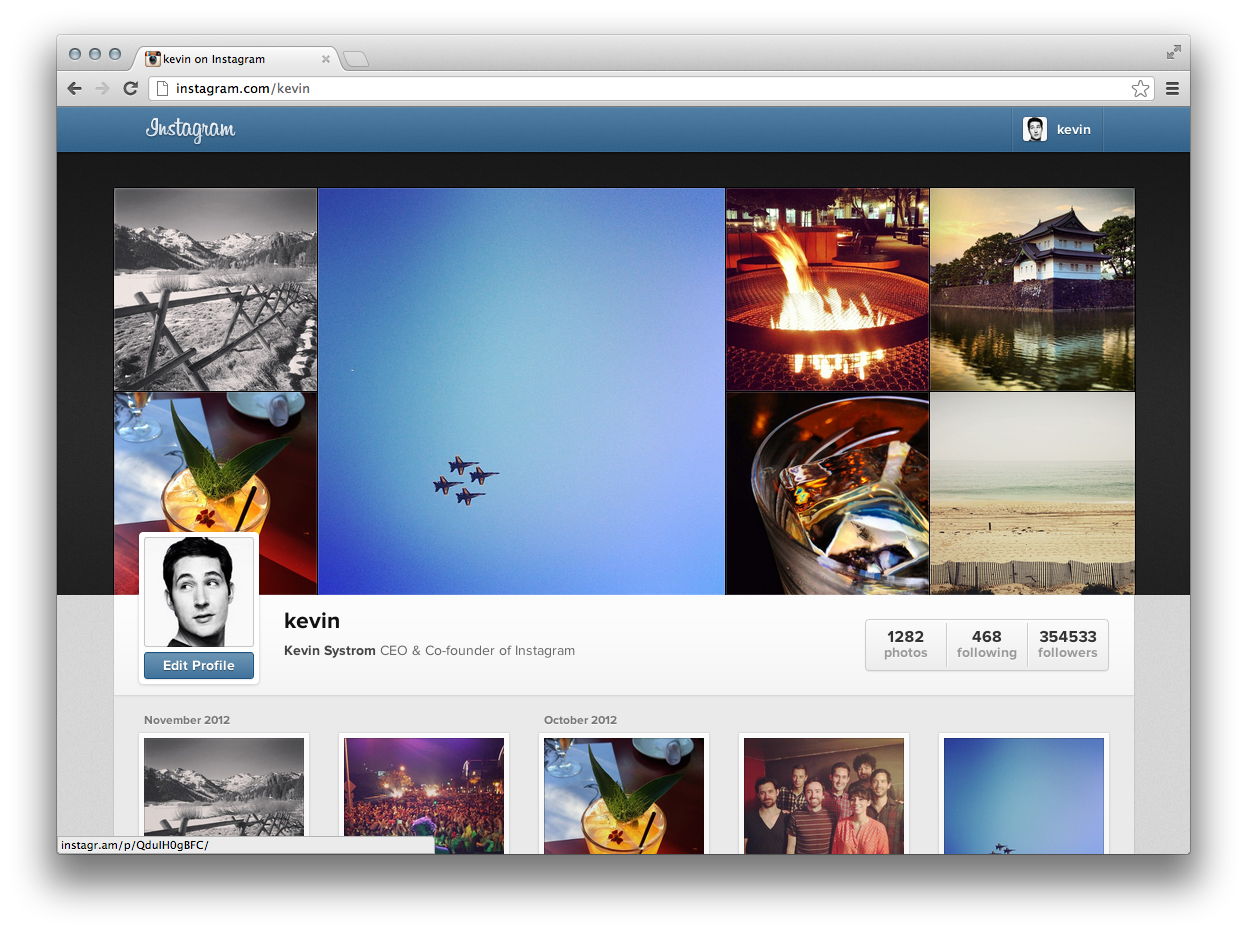 A little over two years after its iOS-only launch, eight months after its acquisition, five months after designer Cole Reinke leaked an image of Instagram’s efforts to bridge mobile and web, and one week after the company hit its most photographed event ever, Instagram has finally bulked up its web presence.

Citing overwhelming user demand as the motivation, the fourteen-person team behind Instagram has built a simplified web interface for User Profiles, viewable at http://www.instagram.com/alexia (or whatever your username is). While it’s currently launched to a whitelist, the web functionality should roll out to all 100 million registered users by the end of this week.

“This allows you to have a single destination to point people at to see all your photos,” Instagram founder Kevin Systrom told me over the phone earlier today. “It’s hard to have a service like this without being able to view images online, and we didn’t want to limit Instagram behind a log-in.”

The web profile functionality is still extremely stripped down and simple. You can Like and Comment on other users’ photos as in the past, in addition to being able to browse your own and other users’ photos, which is what the Instagram team wanted to focus on with this launch. You can also change your name, bio and profile photo via the web, but not the random assortment of photos in your Facebook Timeline-esque header. Photos beneath the header are sorted chronologically.

While Systrom wouldn’t reveal other future web functionality, or whether or not users will eventually be able to view a stream of photos from Instagram users they follow online, he did hint at more stuff in the works. “It’s not the last thing you’re seeing from us on the web.” 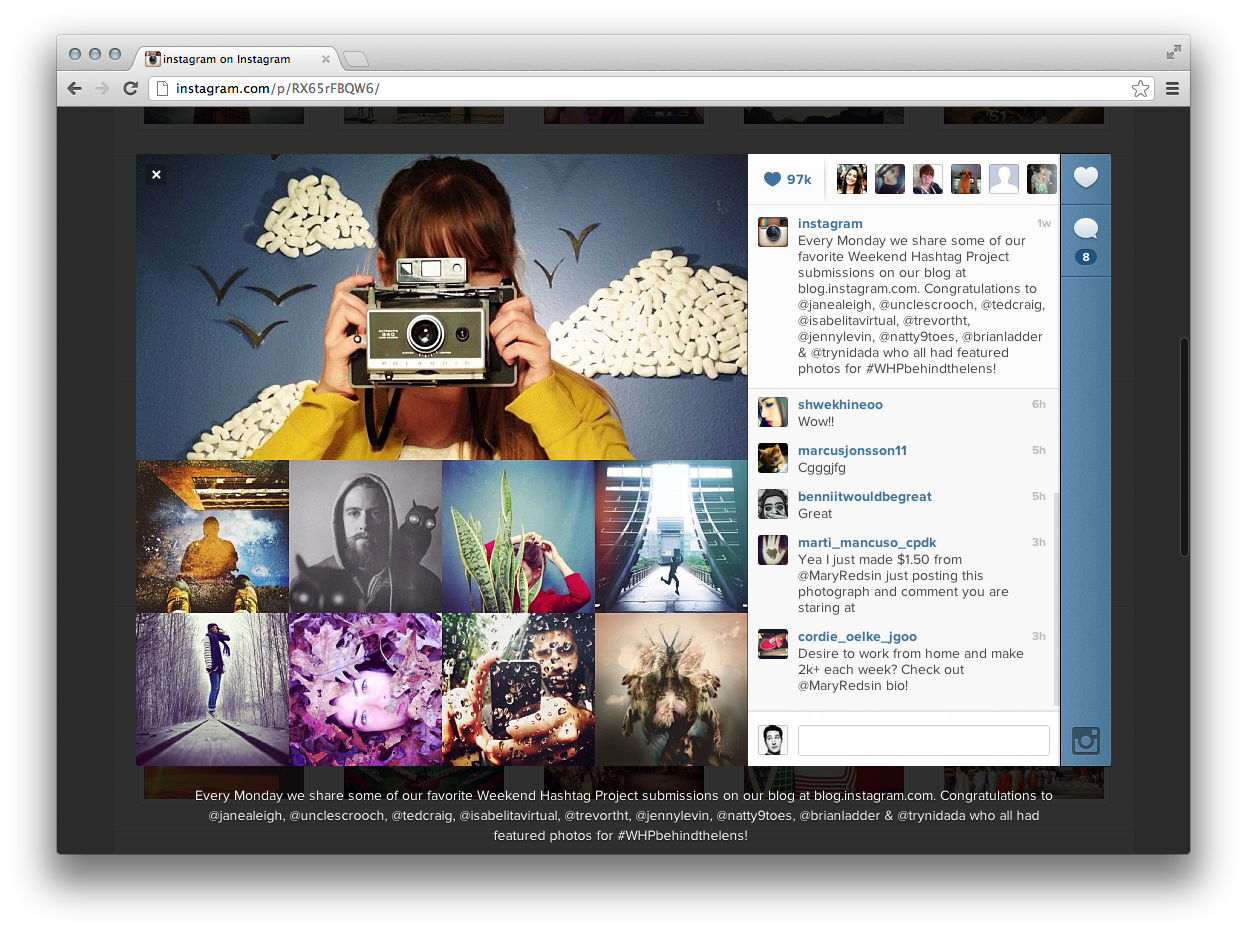 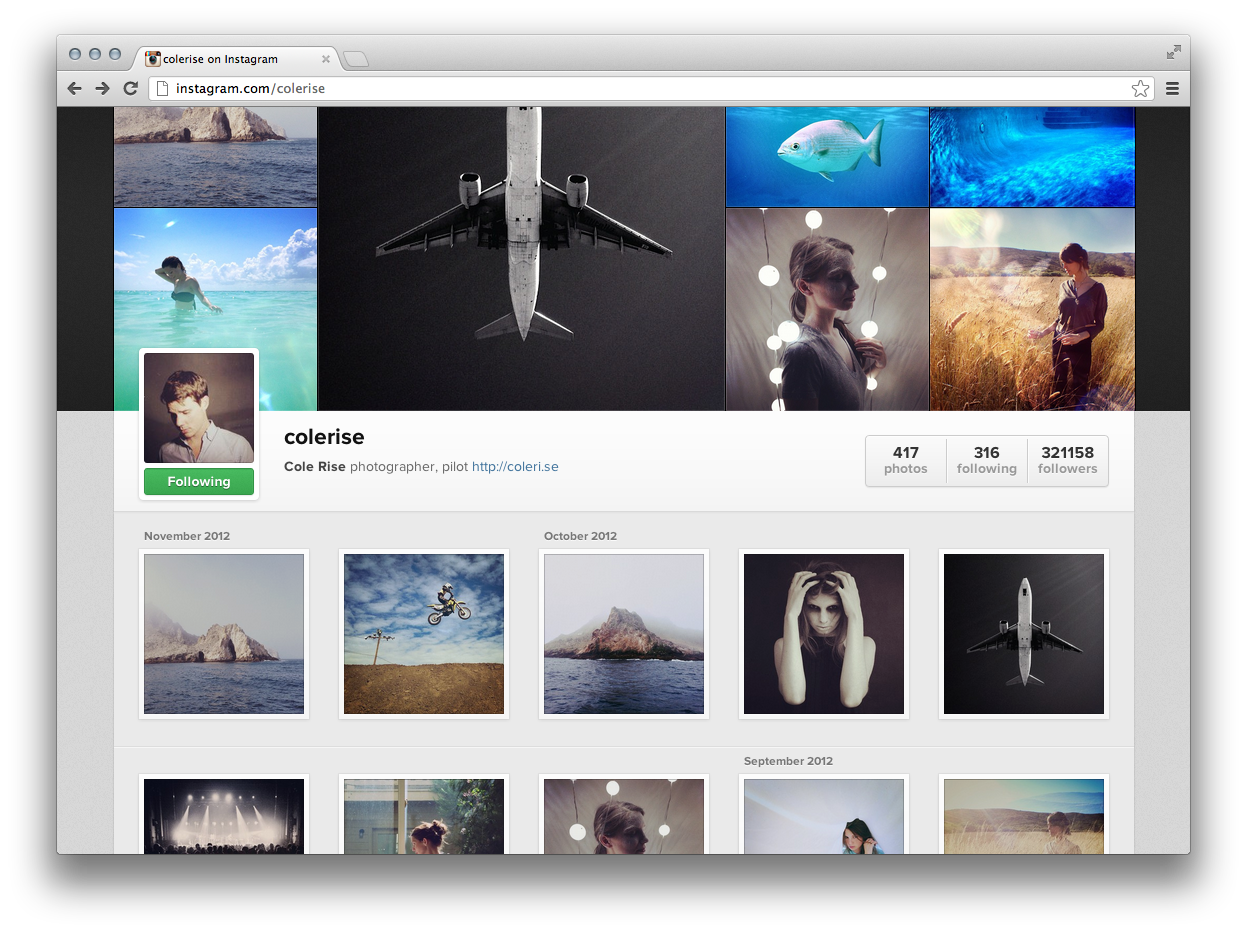 Despite this launch, Systrom makes it clear that the company is still primarily a mobile play. “We’re not going to add web uploading, we’re still primarily mobile focused.” When asked why it took them so long to build a way to access the service from the web, he emphasized pacing: “It’s not about what took us so long. This is doing what’s good for users. Right now Instagram is really contained to the mobile phone. We grew to 100 million users on mobile alone, so this is perfectly timed now that we’ve built a critical mass of users. Now it’s time to share Instagram with the broader world.”

Systrom had little to say on how the company’s web presence will affect the ecosystem of third-party apps like Webstagram and Instagrid that have have thus far provided a de facto web functionality. Unlike third-party apps, Instagram for web does not need you to actually log in to Instagram to actually browse photos. 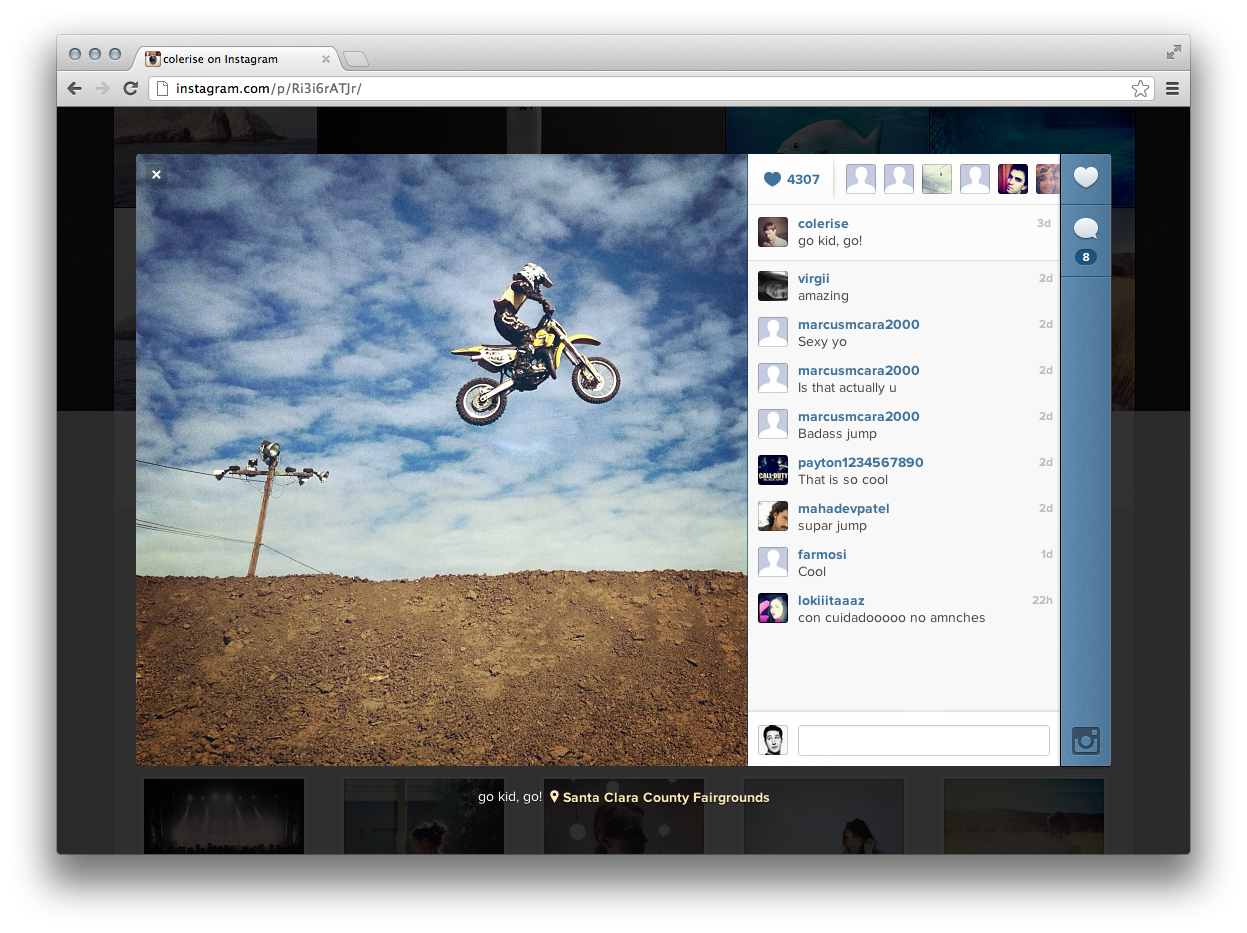 Not an outright attempt to quash the flourishing third party ecosystem, Systrom says that Web Profiles are simply the next step in Instagram’s quest to give all users a “view of the world as it happens.”

One obvious observation here is that the Web Profile design is reminiscent of Facebook’s Timeline, and it’s not a bold assumption that the company’s acquirer would have some influence on the startup, even to the point of hastening its move to web. But, after having played around with the product myself for about 20 minutes, I can appreciate that Instagram for Web is faster, simpler and less noisy than my Facebook profile. And it is incredibly elegant.

Systrom isn’t joking about the browsing focus either, in about 5 minutes I had scrolled through about two years of Instagram photos and viewed my entire life through its filtered images. The speediness of the web version is impressive, quickly unearthing photo favorites like this and this, that otherwise are lost on mobile’s infinite scroll. And, like the Instagram team I’m sure planned, I’m already sharing the Web Profile URL with folks I know who don’t use Instagram.

“It’s a big step forward towards increasing the audience for what Instagram is building,” Systrom emphasized,”Now you don’t have to download the app.” But it doesn’t hurt if you, enticed by what you see on on your friends’ Web Profiles, do.