Instagram became a billion dollar company with a service that existed entirely within the realm of mobile apps. But it’s looking like the social photo-sharing juggernaut may be about to unveil its own bridge to the web, too.

Web designer Cole Reinke says he recently was logged into Instagram on the web (the site currently allows you to do things like edit your profile, change your password, and manage applications) when he hovered over his user name and saw an option that is not typically there: “View Profile.”

Here is a screenshot Reinke posted to his blog (click to enlarge): 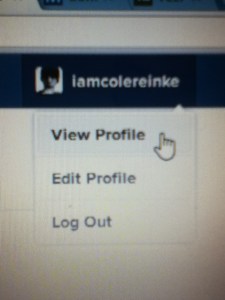 For contrast, this is what you normally see: 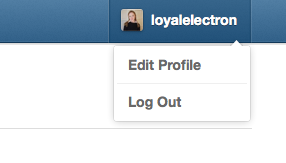 Reinke says that clicking on the “View Profile” link led to a 404 page at his Instagram username. We’ve reached out to both Reinke and Instagram for more details and comment, and will update this with any response we receive.

Instagram co-founder Kevin Systrom has always maintained in interviews that the mobile experience is Instagram’s core focus, and mostly deflected questions about when an official web version would be made available. When Time Magazine asked Systrom if Instagram would make a web version in an interview after his company was acquired by Facebook, he said:

“We are fully sold on the fact that if we’re going to do big, meaningful stuff we need to take on networks. We believe mobile is that.

If Instagram is indeed close to rolling out its own web experience, it could harm the ecosystem of third-party apps that have cropped up to fill the longtime void. Instagram itself encourages its users to go to third-party apps such as Webstagram, Ink361, Instagrid, Gramfeed, and others to access the service on the web.

But of course, that’s always the danger for third-party developers building around a powerful core service (Twitter, anyone?) Also, Instagram has always said that its web presence is “still developing,” so this shouldn’t come as too big of a shock to anyone. The question about Instagram for web has recently been more about “when” than “if” — and it’s now looking like the answer could be, “Very soon.”