Zapier, the Y Combinator-backed IFTTT for business users, just announced that it has raised a $1.2 million seed round from Bessemer Venture Partners, Draper Fisher Jurvetson, Wufoo co-founder Kevin Hale and a number of other angel investors. The company plans to use this additional investment to continue the development of its core platform and to expand its developer platform. In addition, Zapier also wants to use this funding to enhance its customer-service offerings. 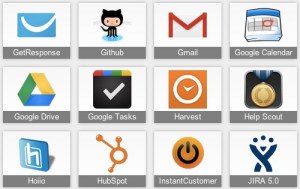 Similar to IFTTT, Zapier allows its users to create connections between different web apps so that you can, for example, post a message to Asana whenever you add a new client to Freshbooks. Unlike IFTTT, though, Zapier puts its focus on business applications like Asana, Stripe, Salesforce and Basecamp and not so much on consumer tools.

Since its launch in June, Zapier has added over 80 web applications to its line-up and now supports over 116 services. As a Draper Fisher Jurvetson spokesperson noted in a canned statement we received earlier this week, “the Zapier platform builds on the movement of enterprise software to the cloud, and is already seeing great traction with its third-party developer products achieving tremendous growth in a very short period of time.”

In August, Zapier opened its developer platform, making it easier for third-party developers to add their own services to the platform.

Zapier is available in a slightly limited free version, and premium accounts with fewer restrictions start at $15/month.