At market opening today, Facebook took another hit, with shares trading at 20.94, 5.02 percent below Friday’s level, the last day trades were made since Hurricane Sandy barreled over the East Coast. Today, 234 million Facebook shares (NASDAQ:FB) held by employees are now eligible to be sold on the market thanks to a stock-lockup expiration.

Facebook’s stock closed at 21.94 last Friday. The lockup was supposed to expire on Monday, but Hurricane Sandy forced NASDAQ to close for two days. The stock was expected to take a hit as employee shares are available on the market for the first time, with more coming next month.

Founder and CEO Mark Zuckerberg has announced that he wouldn’t sell his shares in the next year. He has 444 million shares and 60 million stock options. It is both a sign of confidence and a way to stabilize the stock.

But, as we reported last week, Sheryl Sandberg (COO), David Fischer (VP of ads), Mike Schroepfer (VP of engineering), David Ebersman (CFO) and David Spillane (Chief Accounting Officer), and Ted Ullyot (General Counsel) filed the necessary documents to notify the SEC and convert their RSUs into 45.3 million Class B shares for the lockup expiration. It is unclear whether those execs sold some shares or not.

Back in May, Facebook’s IPO price was $38 a share. But in August, the initial lockup expiration of 271 million shares led the stock to fall to its lowest price at the time, $19.69. Accel Partners, Greylock Partners and Meritech Capital Partners all sold. Andreessen Horowitz, Microsoft and Kleiner Perkins chose to keep their stakes. But investors and employees react differently because they may have different goals.

On November 14, the biggest lockup expiration will occur, with 777 million shares available for trading. We’ll see if it means taking another hit for Facebook’s stock. 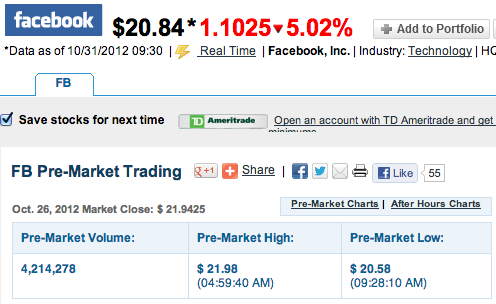 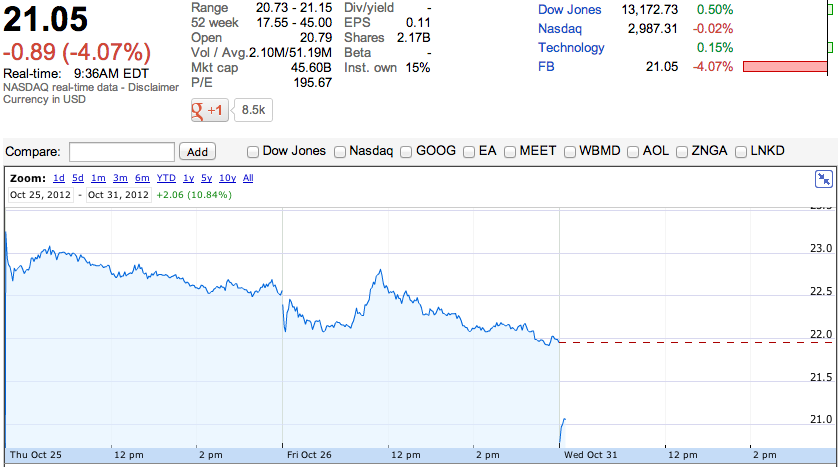