Locks are a necessary evil. They keep the bad guys out while allowing good guys in. The Lockitron aims to make the point of entry as safe as possible, but also as convenient as possible. Plus, it’s packed full of features including remote management, proximity entry through Bluetooth, and, even more fun, a vibration sensor that will notify the owner when someone is knocking on the door.

The original Lockitron Deadbolt was a hit. A graduate from Y Combinator’s 2009 summer class, the company sold $100k worth of units of the novel $299 kit since launching it in 2011. Put simply, it was a deadbolt that could be controlled by a smartphone. But it still had its downfalls. For one, it was a deadbolt replacement, requiring the hassle of installation including re-keying. And at $299 and up, it was rather expensive. But the company has a fantastic new solution. But they need your help (i.e. pre-orders).

Now just called Lockitron, the product piggybacks on top of existing deadbolts, awarding them all the features and more of the original model. This route allows the kit to retrofit nearly any deadbolt on the market including ones that are already installed on doors. 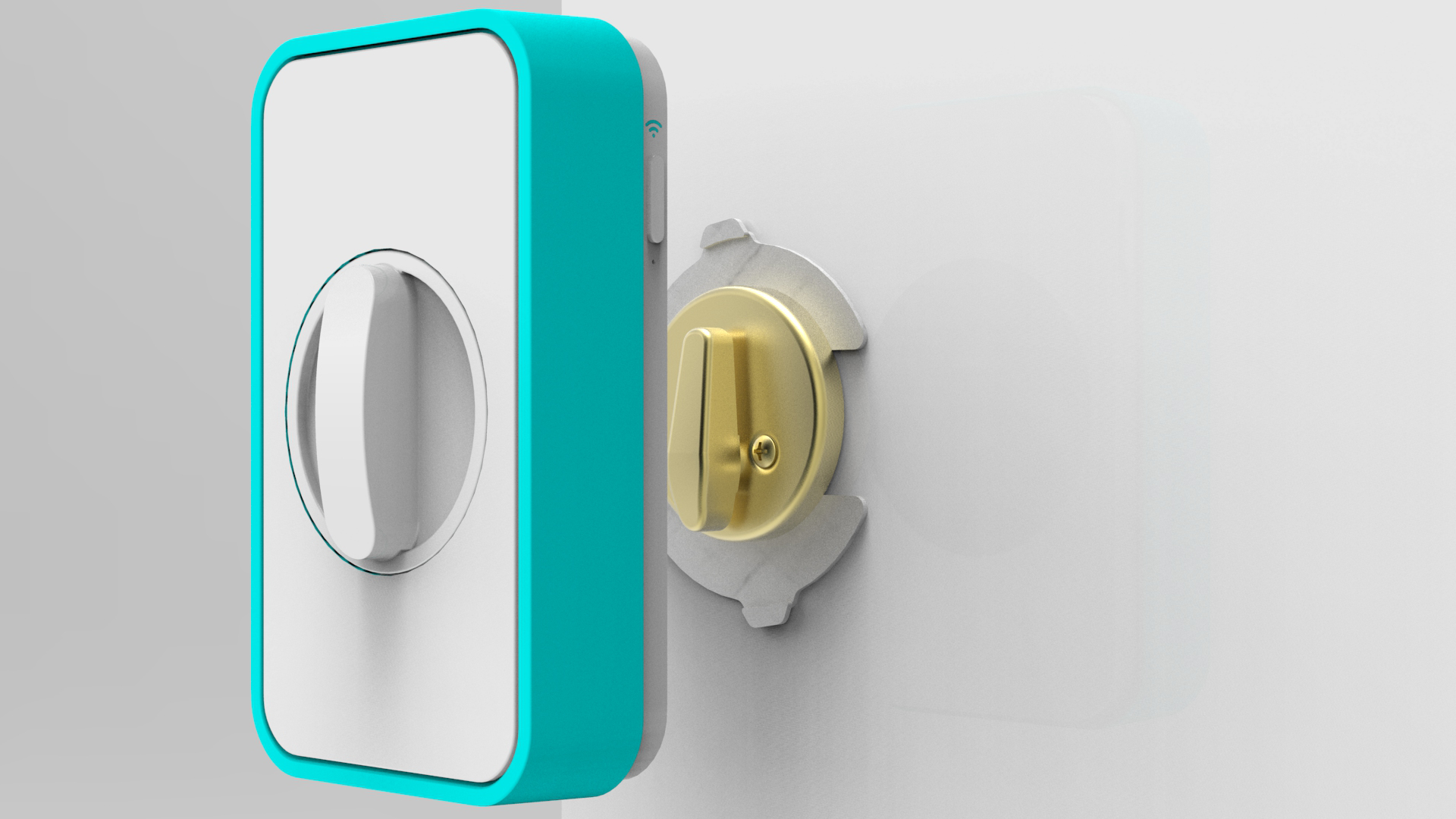 The company’s founders, Cameron Robertson and Paul Gerhardt, tell me installation is simple. Simply loosen the two bolts on existing deadbolt, slip on the Lockitron’s backplate and place the front cover over top of the deadbolt, tightening the Lockitron’s large knob to pair it to the deadbolt. That’s it. There’s no need to tear apart the door or re-key a lock. Once installed, the real magic begins.

Like the original Deadbolt, the Lockitron turns any phone into a key. There are Android and iOS smartphone apps, and the lock can also be toggled through text messages. But this model also offers several new features not found on the old model or any competing product currently on the market.

Say you’re walking up to the door, juggling kids, groceries and flaming chainsaws. But since your modern smartphone is in your pocket, the Lockitron will automatically unlock since it detected the presence of Bluetooth 4.0.

The Lockitron also employs a vibration sensor to recognize knocks on the door. The first knock wakes the sensor up; the second knock can send a notification to the owner. No word if the lock can be toggled by a pre-specified pattern of knocks. However, there’s a real possibility someone will add this ability since the Lockitron is designed with modding in mind.

The Lockitron is built on an Arduino-compatible ATMega microprocessor and the company plans to release an API. This combination should allow for some fun hacks and mods, possibly including the aforementioned secret knock unlock. Perhaps TechCrunch Disrupt SF Hackathon winner, Livebolt, could even integrate its system with the Lockitron.

The Lockitron, or even the Lockitron Deadbolt before it, were not the first smartphone-controlled lock on the market. Other products including options from giants such as Schlage and Kwikset have been on the market for sometime now. But unlike those options, the Lockitron does not require additional hardware or, in some cases, a monthly fee. The Lockitron is a standalone product.

The company plans to have the Lockitron on the market by March and, for the next 30 days, is accepting pre-orders now directly on its website. Kickstarter rejected the project on the grounds it’s a home improvement project, but that didn’t slow down the company’s co-founders. The YC-alums plowed forward and instituted a pre-order process which they feel is better for everyone involved then the Kickstarter model anyway. Since they’re not taking the pre-order money until it’s ready to ship, the consumer doesn’t risk as much and the company is encouraged to ship a quality product sooner verses later.

The Lockitron will retail for $199, but the company is only asking for $149 for the pre-orders. The key is a tried and true invention, but it’s time for it get locked out in the cold.