The Form 1 3D printer, which you may recognize from Kickstarter, has topped $1.4 million in pre-orders in just under a week on the crowd-funding platform. With nearly 1,000 backers already, the FormLabs team has sold out of all their early-bird pledge packages, so anyone who backs the project now is only ahead of the official website sale shipments.

Mad Kickstarter success always comes down to demand. Disrupt runner up gTar walked away with 3x its funding goal because it made learning the guitar fun and easy. Pebble took home a whopping $10 million after finding the perfect balance between smart watch functionality, beauty, and battery drain.

The Form 1 is no different. It takes the quality of a $1 million+ professional-grade 3D printing machine and packs it nicely into the price point of a hobbyist’s plaything. But that wouldn’t mean anything if it weren’t for the 10 million+ designers working with CAD software, many of whom have no access to the approximate 30,000 3D printers installed in the world.

There’s a massive gap, and Form 1 aims to fill it. 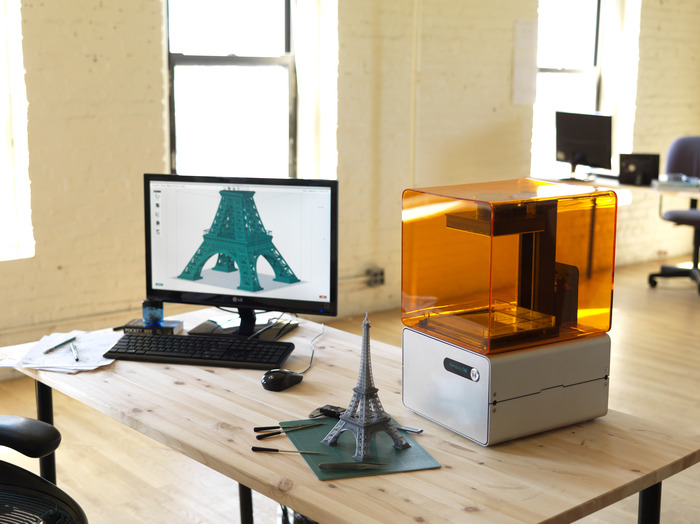 I caught up with co-founder Maxim Lobovsky (once again) to ask about momentum. He mentioned that most Kickstarter projects sell like hot cakes on the first few days and tend to slow down. Form 1 hit $1 million after 50 hours on Kickstarter, and has raised around 400k in the past four days. Even so, the company will likely sell out before the funding period is over.

Lobovsky tells me that FormLabs is being as realistic as possible with quantity. “We’ve seen how a lot of hardware projects on Kickstarter don’t just ship late, but they ship months late,” said Lobovsky.

To avoid this, the total amount that FormLabs can raise on the site is around $2.8 million, so that the company is able to ship on time to its loyal backers.