Whether it’s in response to the over-stimulation of banner ads and animated gifs, the proliferation of mobile and tablet devices whose screen sizes dictate simpler navigation and layout options, a reaction to our information-overloaded society, or, likely, all of the above, a new class of web startups is adopting the minimalist look in terms of their user interface and design. This “clean web” movement, if you can call it that, is defined by simple typography, lots of negative space, and thoughtful but careful use of color. And it’s seemingly everywhere you look these days.

A handful of startups struck me as being among those to really showcase what this style is all about. One is the new, invite-only blog platform known as Svbtle. If anything, the platform is almost better known for its design elements than what it’s actually trying to accomplish in terms of “idea curation.” Although the folks on Hacker News were quick to point out that there’s nothing new about a simplistic blogging platform, in today’s world of pageview journalism, a network that focuses only on the words, and not the ads and click-baiting tricks found on mainstream media and highly trafficked independent blog sites, is a breath of fresh air.

There’s a lot of black and white on Svbtle blogs, so when you see color – such as in the mouseover on the blog posts on Svbtle’s homepage or the “kudos” button on individual posts – you really notice it.

A related effort at bringing minimalism to blogs comes from Medium, the platform from Twitter co-founders Evan Williams and Biz Stone of Obvious Corp. Although also not yet available publicly, the company offered a preview of its platform in August, which showcased a similar form of simplistic web design. Medium doesn’t go for the stark black-and-white look, but rather the tans, taupes, and grays that are also often found on sites indicative of the minimalistic movement. Color photos offer the site’s only ornamentation and are used artistically to highlight the content. Some blogs even forgo that much. (See the example below). 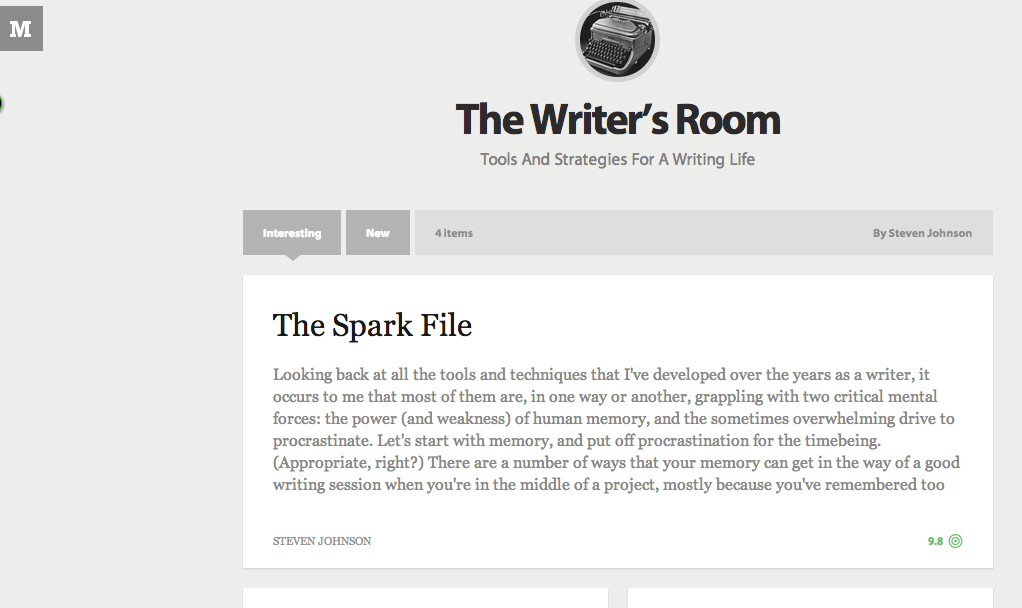 Outside of blogging, there are the aggregators. And the recently acquired, newly redesigned Digg is a prime example of distilling content down to a simpler format. If the web 2.0 era’s design was defined by bright colors, prominent navigation, and bubbly-lettered logos, the new “clean web” seems to be about black and white and grayscale. That’s not to say that these sites are devoid of color – Digg, for example, displays photos next to every story. But when you do see color on minimalist sites, it’s been thoughtfully included. It’s a photo accompanying the text, a carefully chosen header image, or maybe an icon or small avatar. There’s no colorful “clutter” to be found.

In many parts of Digg’s site, for example, color is used sparingly – the logo is black, the Digg buttons and Digg count buttons are gray, the navigation is gray, and the social buttons at the top right are gray. Some of these elements turn blue upon mouseover, but the overall effect is one of a more subdued experience. 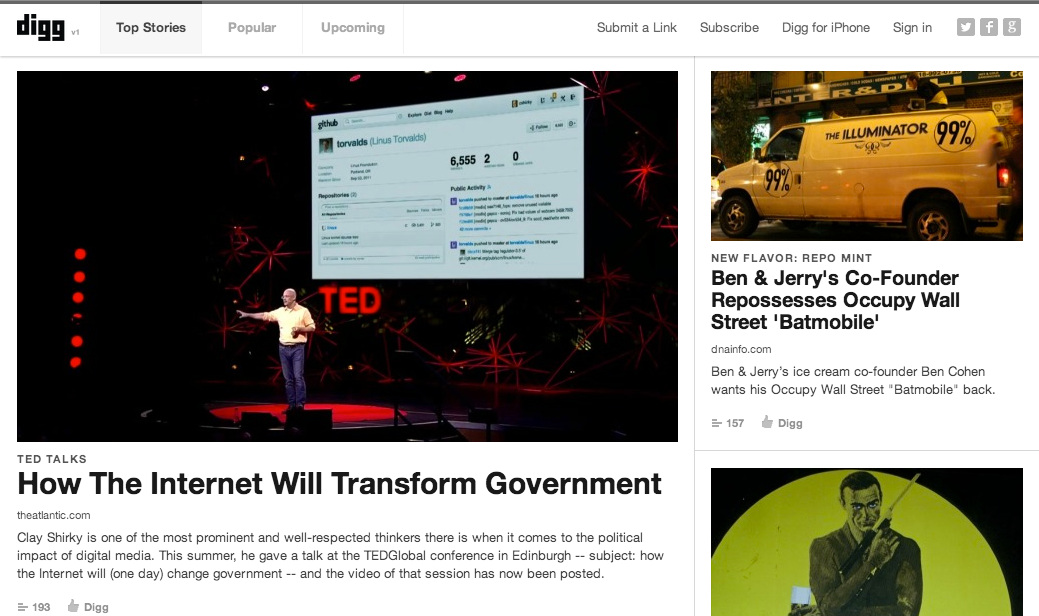 Let’s take a moment to address the eye rolls. Some will argue that it’s silly to say that any of this is indicative of anything “new,” and therefore, it’s not notable. After all, minimalist design, web and otherwise, is not exactly a modern innovation. In fact, one argument says that the earliest days of the web often involved basic websites with just text. But I’ll respectively disagree that we’re not seeing something worth mentioning here, even if it’s not exactly a “new” idea. It’s about defining trends among web startups and web services, and grouping them under some sort of umbrella term, the way that “Web 2.0” once did for the older lot.

One of the differences with today’s startups is that the design choices are not necessarily being made due to technical constraints. In the current era of always-on broadband, publishers and web service makers are not necessarily adopting the minimalist look because they’re concerned about bandwidth constraints, as we’re no longer faced with slow dial-up connections and slow-to-download imagery. It’s often a conscious choice about how and when color and imagery should be used (i.e. sparingly). 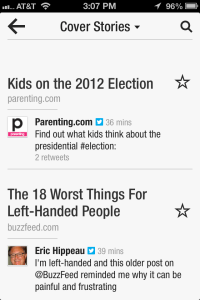 Another way to look at this movement is to see how its roots can be found in the rise of the mobile web and mobile applications. And there, bandwidth issues may be present to some extent, it’s true, including the need for occasional offline access. Still, I’d argue that, more importantly, the reduced screen size of mobile devices has come into play here. That has forced designers to rethink how to display content in appealing, attractive and readable ways, even when shrunk down to the size of a smartphone’s screen. And that’s what had an impact on sites and services’ non-mobile counterparts.

It now suddenly seems more “right” to have web apps that feel lightweight, like their mobile counterparts. And that’s what minimalism does.

You can look at Flipboard, which Digg seems to take a good bit of inspiration from, as an example of minimalist mobile app design. Although you might think of Flipboard as colorful and image heavy, especially given its big “Cover Stories” section, which pulls you in via a large photo, not to mention the overall homescreen design, which features image thumbnails. In actuality, the app’s interior is very much about black-and-white text and selective use of color. Not every page inside Flipboard’s mobile app even includes a photo – a lot of it is just black headlines and a few sentences of teaser text – very simple stuff. On these black-and-white pages, only avatars and tiny social buttons have any color at all.

What’s also interesting about the movement is that simplistic web design practices are even appearing on sites where text-based content is not the focus. For example, you may not immediately think of Pinterest as a minimalist website, since it’s basically covered in photos. But the truth is the image pinboard layout it popularized (again, not invented!) reflects many of the principles emerging in this trend. The background and text are subtle shades of taupe and gray, the navigation blends into the background, and the red Pinterest logo disappears entirely when you scroll down the page. In other words, the simplicity of everything else on the site pulls your eye to focus only on its featured imagery. 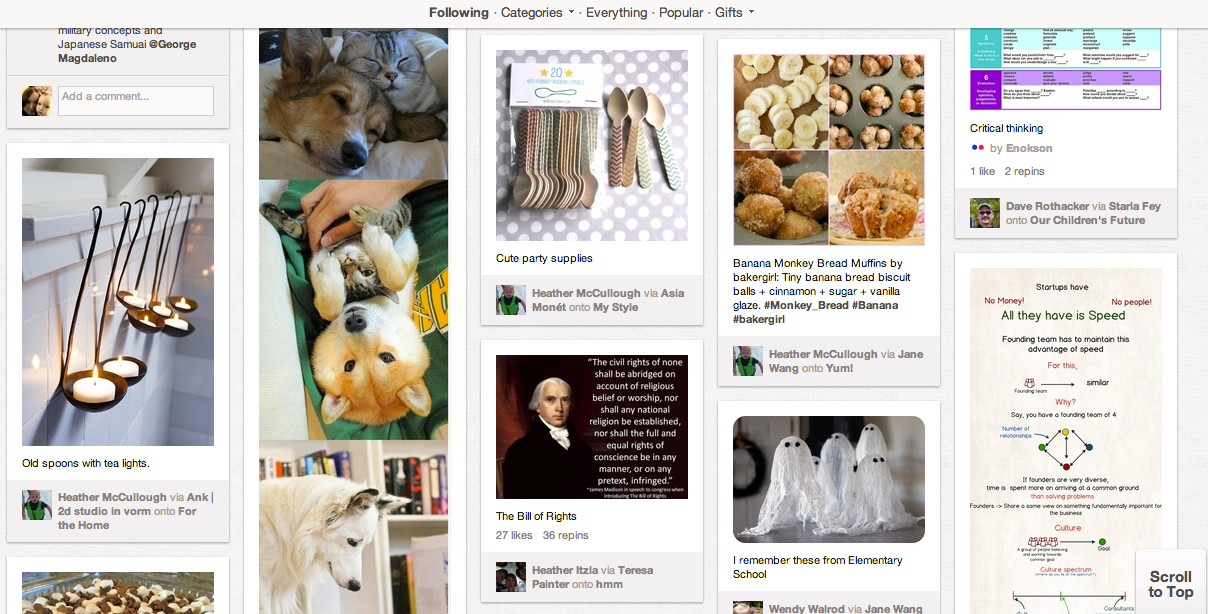 A similar, Pinterest-like feel is present in many of its clones (and “it’s a Pinterest for X” variations), including even MySpace, the web 2.0 era social network, which has somehow managed not to entirely shut down. (OK, maybe you can’t count MySpace as a startup, but it sure is struggling like one!)

Myspace is an especially fun example because it used to be the epitome of overdone design, thanks to the proliferation of DIY Myspace design tools that let users add glitter text, flashy things, slideshows, and other disasters to dress up their profiles. Now, the new version is very Pinterest-y, with grays and whites for everything but the photos. The blue-and-white Myspace logo is gone, too, replaced by a black-and-white one. 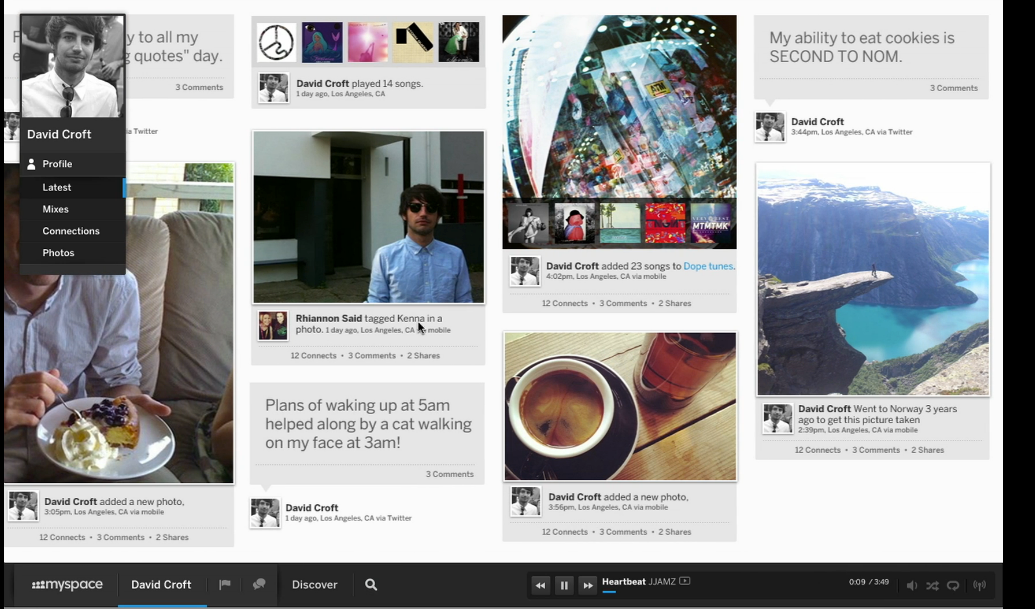 These are just a handful of examples, of course, and again, nothing here is new so much as it is being “rebooted” for a new era. There are still plenty of sites and services that don’t fit into this categorization, too, and some that are only borderline. Whether this trend will end up defining our post-web 2.0 transition as a whole (what’s next, anyway?) is by no means a definite yet, either. But it’s something worth keeping an eye on as new startups emerge.