Google just announced an update to its Flight Search feature that makes it easier for tablet users to search for and book travel from the couch. According to a recent study, 47 percent of all U.S. tablet owners who search for travel on their tablets also end up making purchases on the device. Starting today, travelers who use their iPads or Nexus 7s to use Flight Search will get to see this new tablet-optimized user interface.

This new UI, says Google, will allow you to “easily explore places to visit on the map and see prices updated in real-time for each destination.” All of the usual Flight Search features are available through the tablet interface, including the ability to find the cheapest dates to travel (something Google does faster than any other flight search tool), as well as the ability to see your flight on a map and filter by number of stops, airline (and airline alliance), price, duration, and connecting airports.

Google launched its long-awaited Flight Search feature last September after the U.S. Justice Department cleared the company’s acquisition of flight search and airline logistics specialist ITA Software in April 2011. The first version of Flight Search was somewhat limited (and rightly labeled as a beta), but since then, Google has continuously improved the service. Earlier this year, for example, it finally added international destinations. 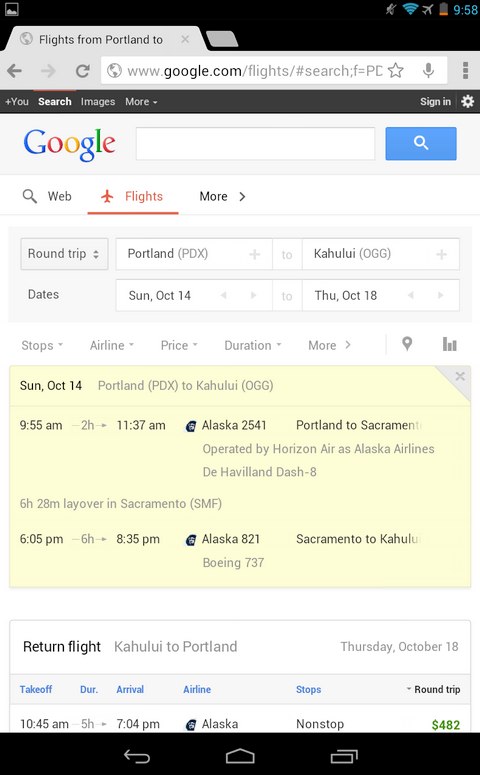 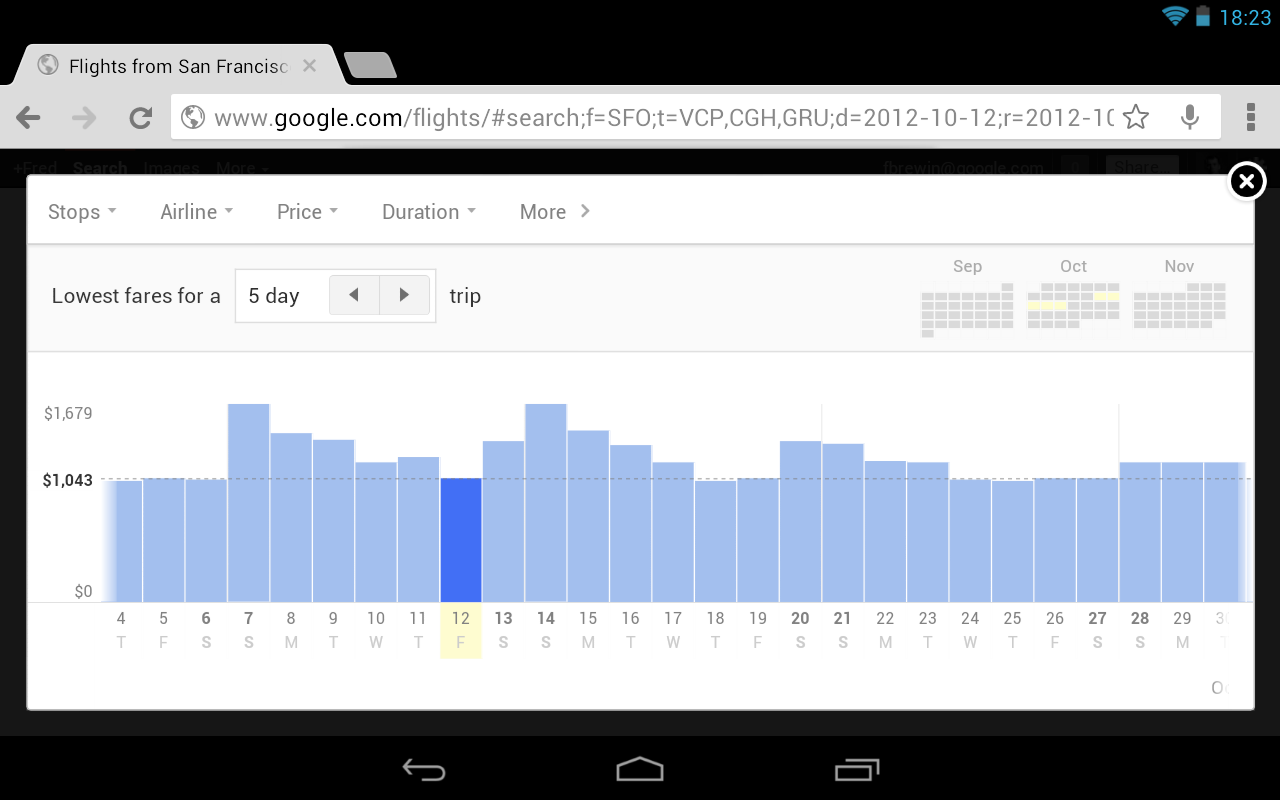