Last week, TechCrunch broke the news that Everyday Health was buying EQAL, a social media marketing company, for a price of up to $25 million, to fuel Everyday Health’s push into more ad-funded video content on its own network of sites and beyond. Now that deal is confirmed.

, who may or may not be be avoiding us after we unceremoniously wrote up the news last week before they were ready to talk. Update 1: they have now confirmed the deal. Everyday Health has spoken to Ad Age about the purchase, and EQAL has spoken to Variety. Neither gave the financial terms of the deal, but we heard from a source that it was $15 million — half in cash and half in shares — plus up to an extra $5 million for the founders, Miles Beckett and Greg Goodfriend, based on performance, plus an extra $5 million for the shareholders, also as an earn-out. Update 2: the SEC Form D filed for the deal today noted the basic cash and equity portion as $12.5 million.

As we wrote last week, it looks like the deal will be a way for Everyday Health to create more video content to extend its brands, which can be run on its own properties’ ad network — it operates some 20 websites in the health and lifestyle category, covering 38 million monthly viewers — it’s also spun out to other platforms like YouTube. It will also be a way for Everyday Health to extend beyond its mainstay health genre.

“Everyday Health has been focused on the growing lifestyle verticals for several years, and this acquisition expands our content and marketing opportunities further,” said Everyday Health CEO and Co-Founder, Ben Wolin, in a statement. “Combining Everyday Health’s broad reach and existing portfolio with EQAL’s expertise in paid and earned media solutions will provide marketers with an unparalleled solution for cutting-edge, integrated marketing opportunities across multiple platforms.”

Both companies have been partners with YouTube as part of the video site’s push into professionally-produced channels, and EQAL will become part of EH’s lifestyle division. It will remain headquartered in Los Angeles; Everyday Health is based in New York.

EQAL is probably known best for creating the YouTube faux-reality sensation lonleygirl15 and the follow-up Kate Modern, but it has more recently taken on a role creating viral content for celebrities, which gets populated across other social media sites as well such as Twitter and Facebook. This is then used as a vehicle for endorsing brands and products. 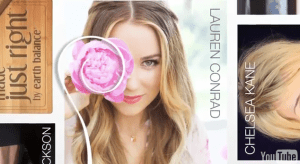 A lot of social media marketing companies are getting snapped up right now, as those cut from a more traditional cloth look to leverage some of the scaling potential, audience and engagement that can be had out of the Facebook and Twitter generation. Deals have included the publisher Gannett buying BLiNQ Media for up to $92 million; Oracle buying Vitrue ($300 million), Salesforce buying Buddy Media ($689 million), and Google buying Wildfire ($350 million) — among several others.

EQAL is backed by investors that include Spark Capital, Marc Andreessen, Ron Conway. It had raised $8.5 million. Everyday Health, which once prepared for and then cancelled an IPO, has raised $153 million to date, with backers including Technology Crossover Ventures and Rho Capital Partners.