LearnVest, a TechCrunch50 startup originally aimed at teaching women to become more financially savvy when it debuted back in 2009, has come a long way in the years since. Following its $19 million Series C from Accel and others last July, the company has expanded its focus to be more inclusive. It’s no longer just for women – it’s now for anyone who normally couldn’t afford access to a financial planner. Or, as LearnVest CEO Alexa Von Tobel puts it, “there needed to be a financial solution for the other 99% of America that doesn’t get trusted advice when it comes to their finances.”

Today, the company is rolling out a major update to its product lineup – the largest ever. The update touches on everything LearnVest offers, from its online money management dashboard to its financial product offerings, and it even sees the addition of a new service: investment advice.

That last addition makes LearnVest a more complete solution. “Before, we were doing everything except investment advice,” says Von Tobel. She says investment advice was not the company’s top priority because of its target demographic. “Most people in the country don’t have money to be investing. Most don’t have basics like an emergency savings account, or their debt paid down,” she explains. But LearnVest’s user base is becoming more diverse these days. It’s not only for women, men, or combined households, it’s also being used by people from ages 25 to 70, who have everywhere from a few hundred thousand dollars in assets to $12 million in assets.

While Von Tobel didn’t offer a figure for the number of registered LearnVest users, she says the company has “helped” over a million, which includes account holders, as well as those receiving its financial newsletters and those attending its online, educational “bootcamp” programs. That’s over a million unique people, she says.

The main dashboard in LearnVest has been updated in the today’s release. Called simply, “Money Center,” this portion of today’s upgrade includes 20 new features in total, some of the standouts being a built-in budgeting system, full goal tracking, full trends and analysis (i.e., visual charts and graphs), a financial inbox (like an email inbox for your finances), and support for live co-viewing of your account and dashboard between you and your LearnVest financial planner. Users are assigned to a pre-vetted LearnVest employee, who has first gone through a rigorous hiring process that even has them recording a video to prove they’re capable of explaining complicated financial matters in ways the everyday user can understand. They also have to pass empathy tests. (Empathy! This does not describe the typical finance guy.) 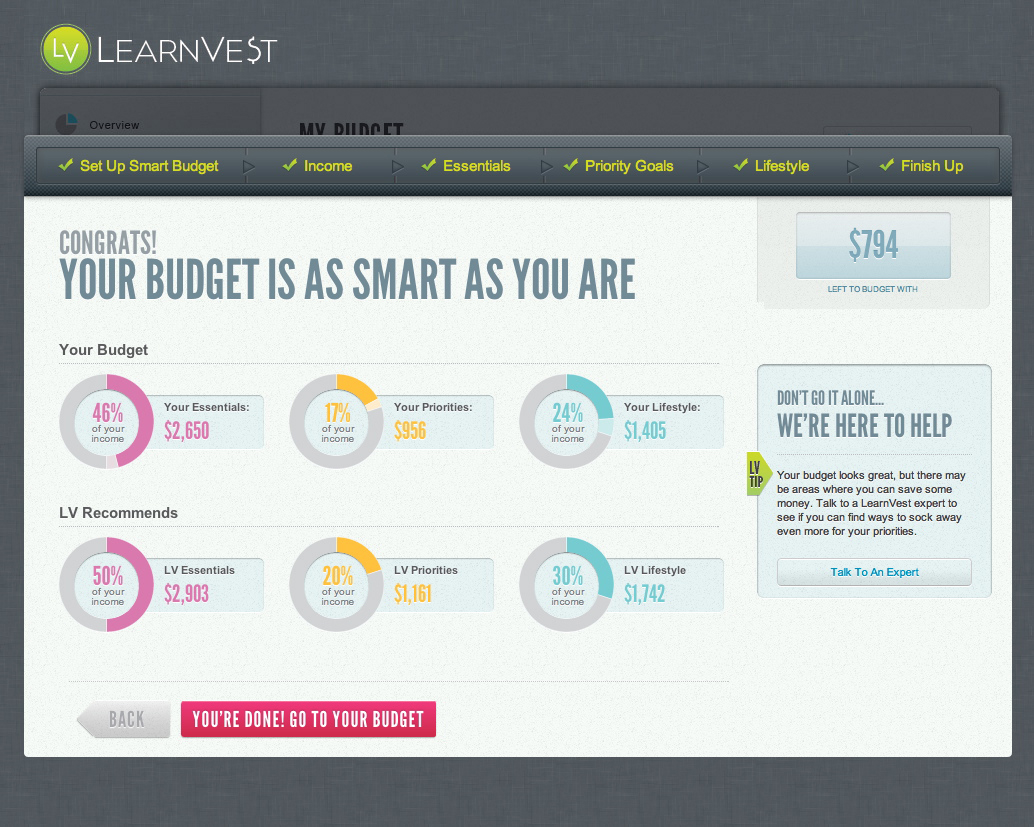 In Money Center, you can track your spending and saving by category through connected accounts, and dive into automatically categorized folders like “rent,” “utilities,” “shopping” or “travel,” for example. The 5-10% of transactions that Money Center can’t categorize can easily be dragged-and-dropped into the correct folder.

Also new today are a selection of financial plans starting at $89 for the budget version. The five-year plan is $349 and the portfolio builder is $599. This is one of LearnVest’s key selling points – its pricing. Elsewhere, professional financial plans would cost at least a couple of thousand to create, if not more. Soon, LearnVest will allow users to pay monthly as well, to make these options more affordable. The other big difference between what LearnVest offers and others, says Von Tobel, is that it only sells advice. “We don’t recommend products – very, very different than Mint,” she says. “It’s all about being unbiased, trusted, just about your money and your best goals and plans of action.”

“It’s just the way it should be, frankly,” she adds. “You just need someone on your side who isn’t trying to take advantage of you or pull the wool over your eyes.”

A LearnVest iOS application will be available in a few weeks, and a sign-up list to be notified when is here. In the meantime, interested users can sign up for the full product or a free assessment here on the company homepage.

Below, a screenshot from the new LearnVest and sample financial plan. 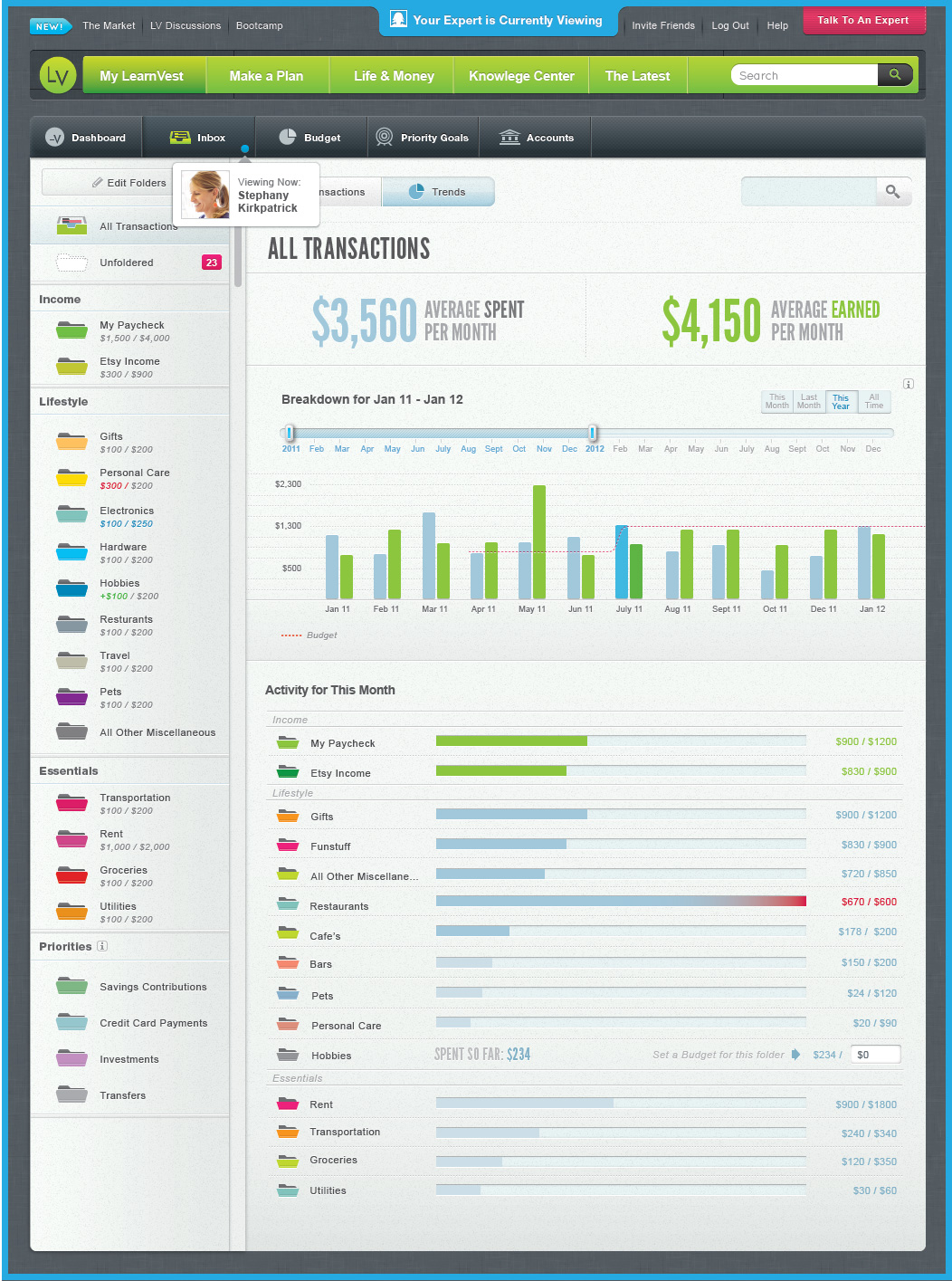