We just wrapped up the fourth session at Y Combinator Demo Day. This will be the last batch of startups we can cover today, because the final group is all off-the-record (i.e., they haven’t launched yet).

You can read our coverage of the previous sessions here, here, and here.

At this point in the day, I think everyone’s turning slightly glassy-eyed because they’ve already watched dozens of startup demos but hey, there are still plenty of good companies, so here we go:

StudyEdge’s founders admit that launching another college tutoring service doesn’t sound exciting, but they say they’ve been able to build a platform that has Facebook-like network effects. The company creates content including chapter review videos, concept videos, and practice problems, then delivers it through Facebook and mobile apps. Students can also help each other, with interactive class walls where users can post and answer questions — if you answer a question correctly, you get Karma POints that you can exchange for cash or prizes.

The company says it currently has 10,000 paid users in three schools, and it’s expanding to 100 colleges this fall.

Statwing: Easy to use data analysis

Most existing data analysis tools (in particular SPSS) are built for statisticians. Statwing has created tools that make it easier for marketers and analysts to interact with data without dealing with arcane technical terminology. Those users only need a few core functions, Statwing says, so that’s what the company provides. With just a few clicks, users can get the graphs that they want. And the data is summarized in a single sentence of conversational English. 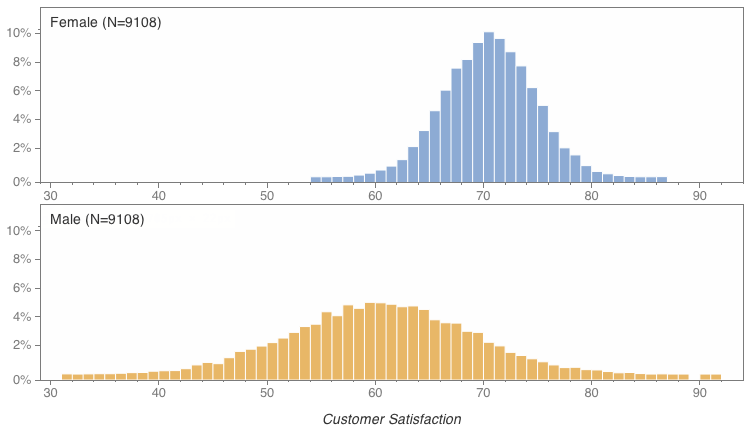 Hiptype helps e-book publishers understand who their readers are and how those readers are interacting with their content. The company provides data such as the age, income, and geographic location of readers, as well as a book’s “funnel” from reading a sample to purchasing to reading to finishing. There’s also a heatmap showing where readers engaged with a book.

Now Hiptype says hundreds of publishers like Pearson Education, Kaplan, and DK are paying up to $99 per title per month to use its analytics. The company also plans to use its data to power in-book advertising.

RegistryLove is a single wedding registry that works across multiple stores — after all, no single store is likely to have everything you want. The registries can be imported from other sites or created from scratch in consultation with a wedding concierge. The company sources the goods from either merchants or wholesalers, and makes money from affiliate revenue. RegistryLove says it has seen 42 percent weekly user growth since the launch of its private beta.

Virool is a viral video ad network, helping porducers promote their content by advertising on mobile, social networks, and blogs. The company is targeting videos that are longer than one minute in length, and advertisers only have to pay when viewers watch at least 45 seconds.

The company says it’s working with more than 7,000 advertisers, including large brands like Colgate, and that revenue is doubling every month, with $246,000 in July.

Circular’s founders describe the challenge thusly: “Editors don’t scale, algorithms don’t work, the future of news will not look like the present.” To address that challenge, the company offers an infinitely scrolling feed of content based on people you follow and topics that you’re interested in. Users are already reading 3 million stories per month.

ViaCycle wants to create infrastructure for bicycle sharing similar to what Zipcar has created for carsharing. The company has created special hardware that locks and unlocks bikes through phone calls, text messages, or the viaCycle mobile app. (You can see the devices at the top of the post.) To start out, viaCycle is holding a 40-bike pilot on the Georgia Tech campus in Atlanta. It’s also launching pilots at George Mason University and with Google’s bike fleet. 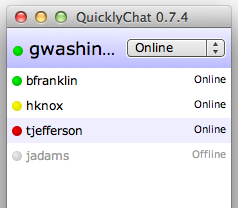 QuicklyChat wants to help small, remote teams collaborate through ad-hoc video chats. Users install the desktop software, and it then tracks your activity and whether or not you’re available to talk. It provides a red, yellow, or green light to show your coworkers how available you are in — in other words, it’s an automatically updated version of the status display in IM services like Skype. That, in turn, should make team members feel more comfortable calling you up whenever they need to reach you for an impromptu video chat.

The service is being used in more than 200 companies and this month the number of chats is growing 10 percent each day. Read more about QuicklyChat.

Knowmia is a new educational platform from the co-founder of Flip Video. Teachers use the site to both find and post video lessons. The software curates video lessons from around the world, and the company also plans to launch “mini courses” of videos curated by teachers. It currently has 7,000 lessons from 900 teachers. It’s also seeing 36 percent growth in traffic, week-over-week.

Coinbase pitches itself as the “easiest way to get started with Bitcoin.” The problem, the founders say, is that Internet-only currency is still too difficult for many to use, and that it’s largely desktop-based. The wallet allows users to pay with Bitcoin and receive payments, as long as they have an email address, and they can also pay from the phone. Online merchants can integrate their Coinbase wallet with their shopping carts.

Markupwand hopes to reduce the time and money needed when trying to turn a designer’s Photoshop file into reality. Rather than trying to code something yourself, or just outsource the work, you’re supposed to be able to upload Photoshop files and automatically receive well-written, cross-platform code in minutes. The ultimate goal, the founders say, is “revolutionizing how user interfaces are made.”

Healthy Labs: The Startup For People Living With Chronic Illness

Healthy Labs wants to build social networks where patients with chronic illness can find advice and support. It started with Crohnology, a site for people dealing with Crohn’s disease and Colitis. To join Crohnology and future Healthy Labs networks, you need to have a verified diagnosis.

Crohnology started out with an alpha test of 100 users, who were then allowed to invite others. The network now has more than 1,400 patients. Read more about Healthy Labs.

Tastemaker offers a marketplace for professional home design. Users can submit a “request for proposal” answering questions about their taste, budget, and logistics. Then designers bid for the job with ideas and a flat fee. What you actually get for that fee is a Tastemaker design box with drawings, paint swatches, floor plans, and shopping lists.

In the nine weeks since its launch, Tastemaker says users have submitted 16 design proposals, and that 50 percent of those users have converted into paying customers — that may not seem like much, but it adds up to $10,000 in design fees. Tastemaker is also talking to companies about making the service an employee benefit. 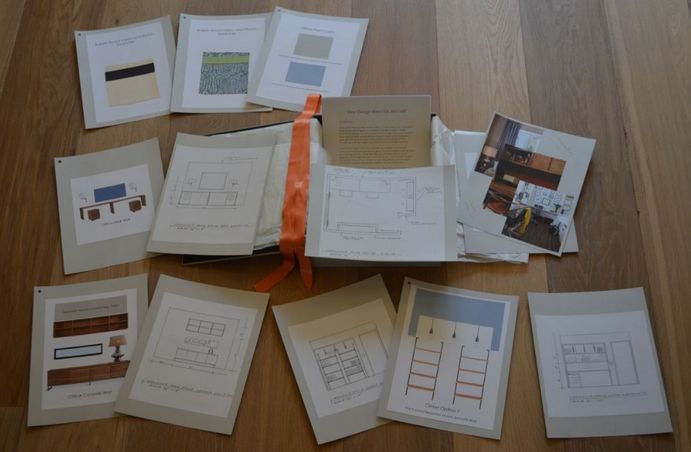 Clever is trying to bring the Twilio approach to improving education. It extracts data from proprietary school databases and translates it into a standard API that’s accessible to educational app developers, such as math learning platform DreamBox. When Clever launched, YC’s Paul Graham challenged the team to get into 40 schools by Demo Day. In fact, it made it into 65 schools in the first month, and it’s now installed in 1,000 schools.