A new startup called Hiptype wants to bring all the analytics data that has become standard on the Web to the world of e-books.

Hiptype’s co-founders, James Levy (CEO) and Sohail Prasad (CTO), describe the product as “Google Analytics for e-books.” They say they were collaborating on an e-book of their own about big data, and they were surprised to find that the information available via the big e-book stores is limited to download numbers/sales, user ratings, and reviews. There are other products trying to provide more detailed analytics, but they require publishers to go through a specific store.

Levy says the pair decided to “take a week or two off from writing this e-book” to develop the analytics product that they wanted, and that week turned into a month, then several months. Now Hiptype is a fully-fledged company, and it’s part of the current batch of startups being incubated at Y Combinator.

In addition to the numbers that publishers and authors get from most e-bookstores, Hiptype also provides audience demographics, so they can see the age, income, and geographic location of their readers. It also provides statistics about a book’s “funnel” — how many people purchased the book after reading a sample, how many of those people actually finished it, and the average progress through the book. There’s even a heatmap displaying where readers engaged with the book (by highlighting and annotating it) and where they dropped off.

Hiptype works on any device that supports HTML5, but not on e-ink readers like the standard Kindle. Levy admits that’s a significant limitation, but he says “there’s just certain technical constraints” and also that “things are moving in our direction” on this front.

Behind the product, Levy and Prasad have an ambitious vision.They argue that e-book publishers need to follow the example of popular websites by using data to become leaner and smarter. For example, they say publishers could start testing their books by releasing them to a small number of readers, then tweak the content based on the data. Hiptype also allows publishers to use its data to create targeted Facebook ad campaigns.

“We believe that data will save the book publishing industry,” Levy says.

He tells me that Hiptype is already working with large publishers, individual authors, and a “prominent self-publishing service” — though he’s not ready to announce any names.

As far as privacy goes, Levy emphasizes that all of the data is anonymized. Whenever someone downloads a book that uses Hiptype, they’ll see a short privacy notice, and they’ll have the option to opt out at any time. 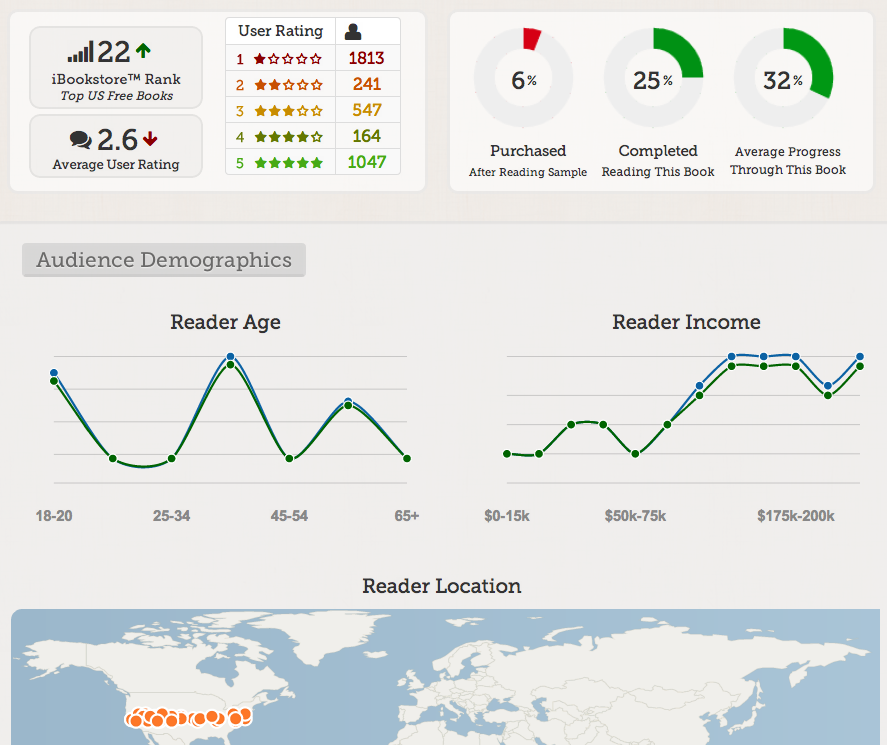