Update: Tumbler says that the removal of some blogs on the site is not a change in its policy on adult content. Rather, it may have been the fault of “an overzealous heuristic”. The full statement: “There have been no recent changes to our content policies. However, we have looked into the accounts in question and discovered that they belong to small handful of blogs that had been recently flagged as ‘spam’ by an overzealous heuristic. We are currently reviewing and will be reactivating any of these accounts that were improperly flagged.”

“For all three blogs to be unceremoniously dumped within a short timespan raises suspicion to me,” says Mr E, the publisher of TeamPervert. (“Because of my career and the fear of losing my job, I’ve operated my blog under complete anonymity,” he told me.)

This is how he explains what happened with his Tumblr:

“When my site was deleted from Tumblr, I received an automated two-sentence email saying my account was deactivated for ‘spam or affiliate marketing’, which was false. I ran standard ads units on the blog, I had no pop-ups, no predatory ads, no viruses, no creepy affiliate programs. The ads on my blog were no different than the ads on thousands of other Tumblr-hosted blogs today.”

He says he may have been involved in adding some affiliate links, but that this was not the point of his site. His description of what he did do is strikingly similar to what non-porn people do with Tumblr, and on that level it’s a bit gutting to hear about the work disappearing:

Ra says that he didn’t challenge the closure also because he had been planning to build a “real site” for some time. What irked him the most was the fact that Tumblr did not give back his content:

“I didn’t get a chance to do a site transfer and move everything before the shut down, so I had to just about start all over, after almost two years of creating content. I was putting in work into almost every last post I made, not just reblogging or posting stuff that I found,” he said. “I had some stuff backed up, but the good stuff (not sure if you ever saw any of the sets of 6 – 8 gifs on the site) that took me the longest to create, was lost.”

Unlike Ra who simply moved on, Mr E says he made repeated attempts to contact Tumblr to clear up the issue, asking specifically what he’d done wrong and what could be done to change it, including removing the ads that he ran on the site.

“But they didn’t respond to me whatsoever,” he says. “I would have permanently removed every ad unit on my blog if it saved me from a banning, but like I’ve said, I doubt ads were the real reason for this happening…I’m not angry, but I’m really disappointed that two and a half years of work could just be deleted without the courtesy of a real explanation.” 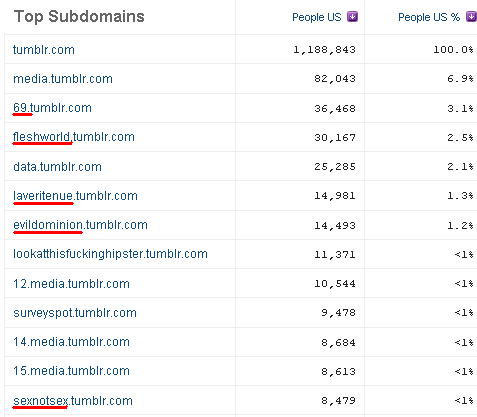 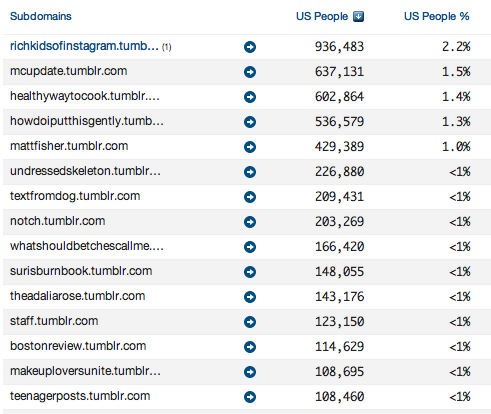 (Believe it or not, Undressed Skeleton is a happy clappy healthy living site.)

We have reached out to Tumblr for a comment on this and will update as we learn more.

Updated: added in one more quote from Mr E. that puts the case for transparency very well.