Amazon just updated its Cloud Player music storage service with a number of interesting new features, including an iTunes Match-like scan and match technology that allows Amazon to just scan a user’s music library and add matching songs to that user’s library without having to upload those songs one by one. Just like Apple, Amazon now also upgrades the audio quality of matched files to 256kbps audio, no matter the original bitrate. In addition, Amazon will automatically move all of its users’ previously purchased music from its MP3 store to Cloud Player.

Amazon is also now separating its Cloud Drive storage service for regular files from its music service. While the two were directly linked when Cloud Player first launched and music uploads were measured by the storage space they took up, Amazon now allows free users to upload 250 songs and for $24.99/year, paying subscribers can store up to 250,000 songs.

Existing Cloud Drive users, Amazon says, will receive an upgrade to Cloud Player Premium for the remaining term of their current Cloud Drive storage plan. All of their existing music on Cloud Drive will be moved to a folder called “archived music” and won’t be available in the Cloud Player.

“We are constantly striving to deliver the best possible customer experience for Cloud Player, and today we are offering our customers a significant set of new features, including scan and match technology and audio quality upgrade,” said Steve Boom, Vice President of Digital Music at Amazon in a canned statement today. “We are happy to have such broad industry support in enabling these features for customers.”

Amazon first launched Cloud Player in early 2011. At that time, it gave users 5GB of free storage and an extra 15GB after they bought an MP3 on Amazon. 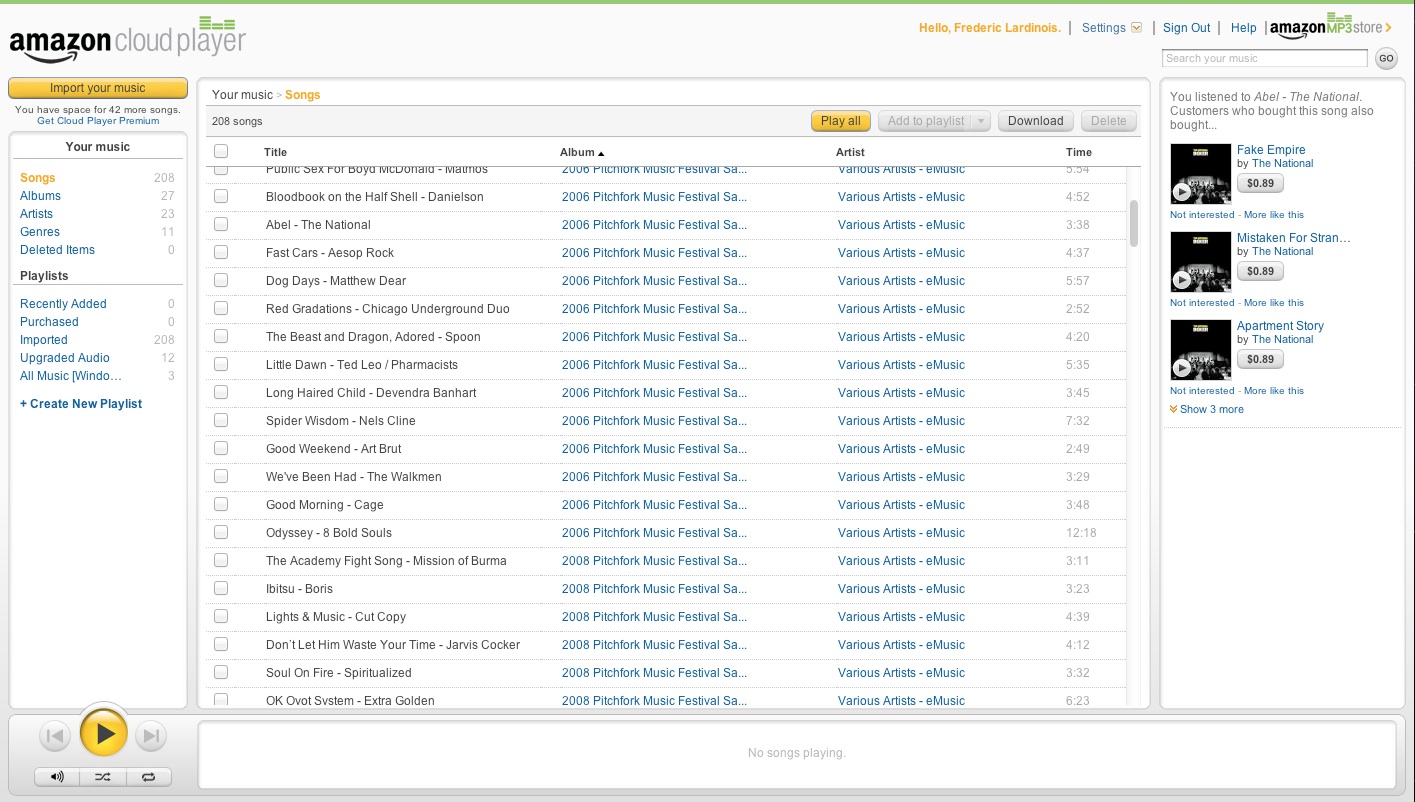