Although it was only a month ago that Firespotter Labs CEO Craig Walker was telling us how his company (the folks behind UberConference, Nosh, NoshList and Jotly) wasn’t in urgent need of funding, today they’re announcing the close of a good-sized round – a $15 million Series B. The round was led by Andreessen Horowitz and saw participation from existing investor Google Ventures.

For Andreessen Horowitz, the funding was mainly about getting in on recent TechCrunch Disrupt winner UberConference. It’s the latest big telephony project from Walker, the creator of GrandCentral (now Google Voice). “They were excited about the opportunity in the voice space,” Walker says of the VC firm’s interest.

UberConference, which aims to offer a more modern, more useable alternative to the horror show that is conference calling today, has the potential to disrupt what Walker describes as a “sleepy but large” industry. It offers an online, attractive and visualized interface to conference calling, while simultaneously addressing a ton of everyday pain points, like not knowing who’s present, who’s talking, and who’s making all that noise?! It’s even getting rid of the tedious login process, which typically involves the use of long PINs. 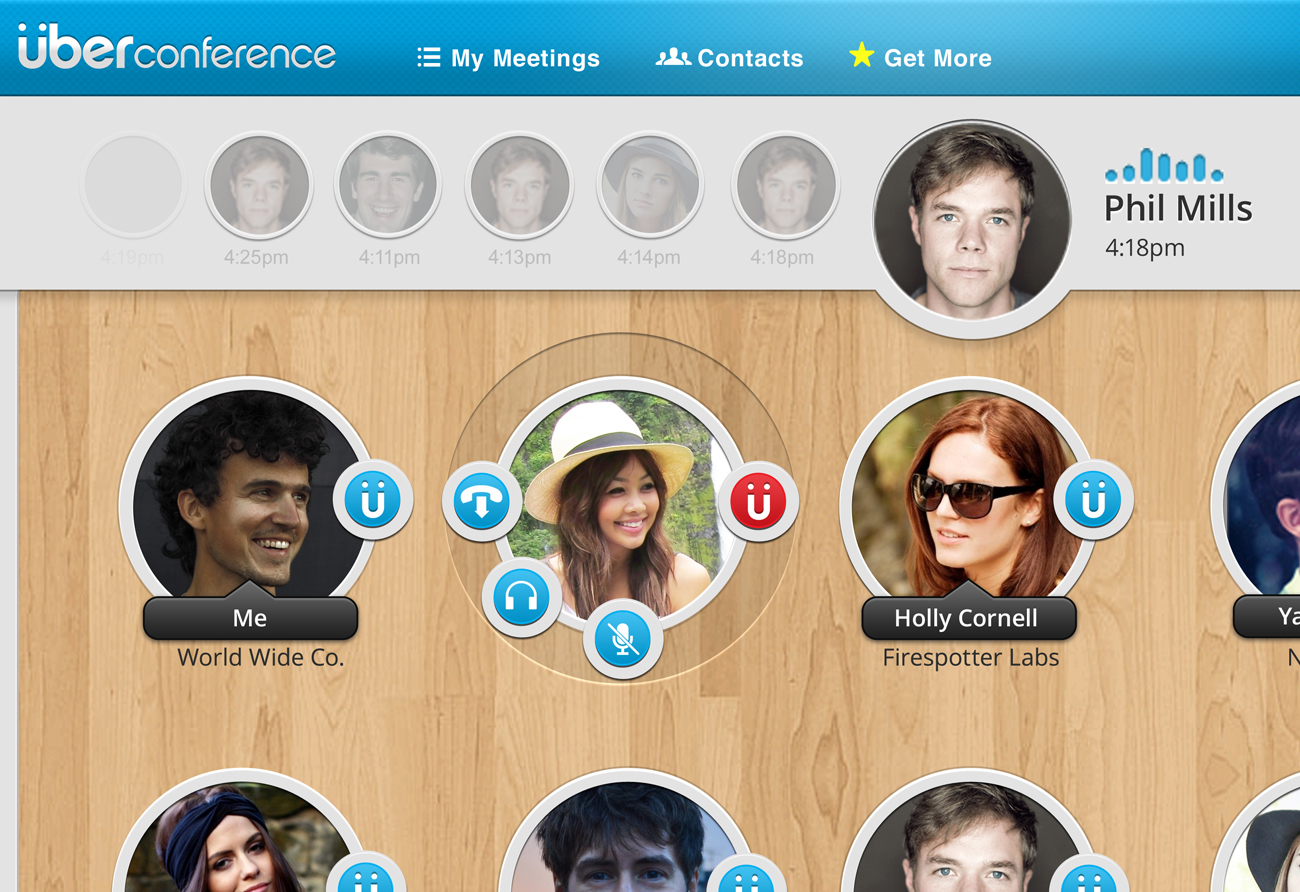 Although still in private beta, Walker says UberConference adoption has been going well. While declining to provide hard numbers, last month he told us there were “tens of thousands” of users and just as many on the waitlist. He adds now that repeat usage has been high and average call duration times have been trending higher than the industry average. To give you an idea, FreeConferenceCall.com revealed via SEC filing that its call times averaged 31 minutes. UberConference’s average tops that.

The additional funding is going to help FireSpotter Labs speed up its time to market with a number of the things it has planned for UberConference, including mobile applications, the paid feature set, international calling, and more. Walker says they’re hoping to release all the billing components to the product sometime this summer.

While UberConference is stealing the show, and Walker admits that the majority of the team’s efforts are on the voice side, FireSpotter is not abandoning Nosh or NoshList, the restaurant industry applications. “We had our millionth diner in May,” Walker says of waitlisting app NoshList, “and we’re about to hit 2 million.” 1,200 restaurants are already signed up on the service, he adds. And Jotly? “Jotly was fun,” he says.

Also announced today, is news that Blake Krikorian, co-founder and former CEO of Sling Media, will now join Wesley Chan, Partner at Google Ventures, and Walker on Firespotter Labs’ board. The company is now planning a relocation to San Francisco now to aid with hiring, and plans to double its team of 15 over the course of the year.