The disappearance of the sites was first spotted by the Chinese internet monitors Great Fire, which notes that at least as of June 29, NYT’s Chinese site is not being blocked in the country, either.

We’re contacting the New York Times to ask about what has happened here. But it’s worth pointing out that when the New York Times wrote its own article on its new Chinese edition, and when it sent us an official release on the news, it didn’t mention the social media moves it was making. We only got answers on that when we contacted them directly. So it may have been that these forays were always considered a bit precarious and more vulnerable to censorship.

The closure raises questions over how China continues to interface with media and online organisations over their activities in the country. Did the New York Times’ social media sites publish something untoward? The stance adopted by the paper has been firm on keeping to its own journalistic principles, so that may have been the case here:

“We’re not tailoring it to the demands of the Chinese government, so we’re not operating like a Chinese media company,” Joseph Kahn, the foreign editor the New York Times, said in his paper’s story on the launch.

It’s also telling that the social media sites have gone down while the actual news site remains — some may see that as a sign social media has more immediate currency with the masses than more traditional mediums like newspapers, even when they’re online newspapers.

There’s always a chance that the blocking may extend to the Chinese New York Times at some point, too, depending on what gets published. Great Fire notes that currently Bloomberg is getting blocked at a rate of 75 percent — meaning 75% of Chinese web surfers cannot access it — which it seems to tie to a story the newswire published a story about assets owned by Xi Jinping, China’s vice president and widely expected to become president. ($376 million is also being blocked as a phrase, it notes, because that’s apparently the value of those assets.)

When we checked on the New York Times’ Sina Weibo site last week, it had picked up around 12,000 users.

Sina Weibo is commonly known as China’s answer to Twitter, which does not work freely in the country. In contrast to the regular New York Times’ site, the Chinese edition for now is not behind a paywall.

Screen shots of the Sina Weibo account then and now: 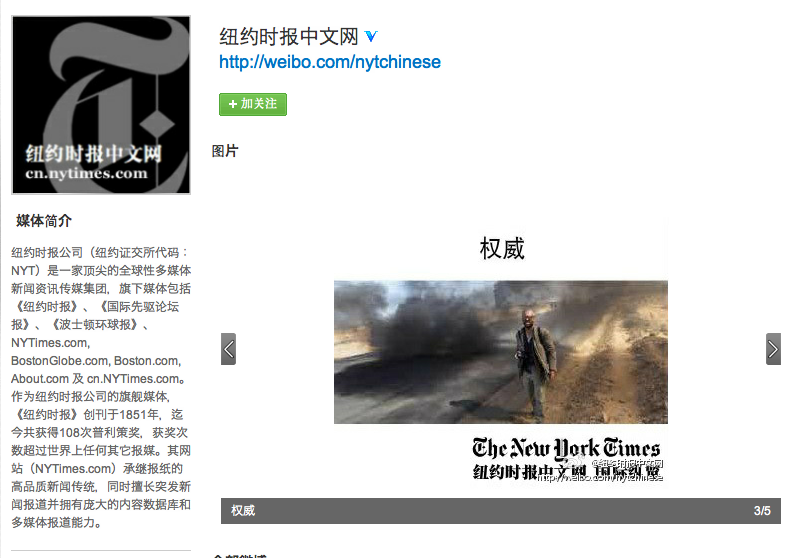 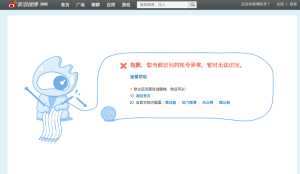